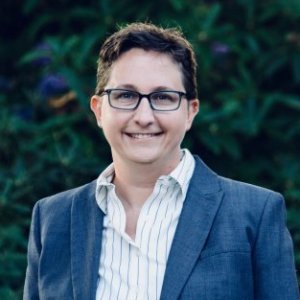 Rebecca Rebbe is an assistant professor of social work at the University of Southern California. Rebecca’s research examines community responses to child maltreatment through systems, laws, and policies. Rebecca has training in demographic methods and specializes in using population-based linked administrative datasets. Her research is informed by 7 years of post-MSW practice working with families involved with the child welfare system, in both the public and private sectors. Rebecca earned her PhD in social welfare from the University of Washington, received a MSW from Boston College, and has a master’s degree in education from Harvard University.

Reports and Removals of Child Maltreatment-Related Hospitalizations: A Population-Based Study

What is neglect? State legal definitions in the United States

Neglect is the most common form of reported child maltreatment in the United States with 75.3% of confirmed child maltreatment victims in 2015 neglected. Despite constituting the majority of reported child maltreatment cases and victims, neglect still lacks a standard definition. In the United States, congruent with the pervasiveness of law in child welfare systems, every state and the District of Columbia has its own statutory definition of neglect. This study used content analysis to compare state legal statutory definitions with the Fourth National Incidence Survey (NIS-4) operationalization of neglect. The resulting data set was then analyzed using cluster analysis, resulting in the identification of three distinct groups of states based on how they define neglect: minimal, cornerstones, and expanded. The states’ definitions incorporate few of the NIS-4 components. Practice and policy implications of these constructions of neglect definitions are discussed.

Previous studies of abusive head trauma (AHT) suggest that incidence may vary by geographic location, and there is limited information regarding population‐based risk factors for this form of child maltreatment. This study provides new knowledge regarding these two aspects using the population of the US State of Washington born between 1999 and 2013. We used a linked administrative dataset comprising birth, hospital discharge, child protective services (CPS) and death records to identify the scale and risk factors for AHT for the state population using quantitative survival methods. We identified AHT using diagnostic codes in hospital discharge records defined by the US Centers for Disease Control and Prevention. A total of 354 AHT hospitalisations were identified, and the incidence for the state was 22.8 per 100 000 children under the age of one. Over 10 per cent of these children died. Risk factors included a teenaged mother at the time of birth, births paid for using public insurance, a child's low birth weight and maternal Native American race. The strongest risk factor was a prior CPS allegation, a similar finding to a California study of injury mortality. The practice and policy implications of these findings are discussed.

Background A frequent response for prenatal substance exposure (PSE) is intervention by child protective services (CPS). Previous research has examined differences in reports to CPS regarding PSE by substance exposure and by maternal race. However, little is known regarding the frequency of immediate removals by CPS relating to PSE and maternal race. Methods We investigated hospital reports to CPS and CPS removals of PSE infants by using linked birth, hospital discharge, and CPS records for all children born in Washington State between 2006 and 2013 (N = 760,863). We identified PSE using diagnostic codes, calculated prevalence by substance type and maternal race, and tested for differences by interactions of race and substance using multinomial logistic regression. Results Prevalence of PSE births varied by race with 8.1% of Native American, 2.8% of black, 1.9% of white, and 0.8% of Hispanic births diagnosed with PSE. Opioids was the most common type of PSE diagnosis at 48.2%. The majority of PSE infants (86.7%) were not removed by CPS but variations by substance type were observed. Of the interactions in the multinomial logistic regression model, only black infants exposed to alcohol were more likely to result in reports to CPS without removal than the referent group of white infants exposed to opioids. Conclusions Findings indicate that most infants diagnosed with PSE were not removed by CPS and minority PSE infants were not reported to CPS or removed by CPS more than white infants. Racial differences identified in the prevalence of PSE present opportunities for targeted prevention efforts.

Research has demonstrated that youth who age out, or emancipate, from foster care face deleterious outcomes across a variety of domains in early adulthood. This article builds on this knowledge base by investigating the role of adverse childhood experience accumulation and composition on these outcomes. A latent class analysis was performed to identify three subgroups: Complex Adversity, Environmental Adversity, and Lower Adversity. Differences are found among the classes in terms of young adult outcomes in terms of socio-economic outcomes, psychosocial problems, and criminal behaviors. The results indicate that not only does the accumulation of adversity matter, but so does the composition of the adversity. These results have implications for policymakers, the numerous service providers and systems that interact with foster youth, and for future research.