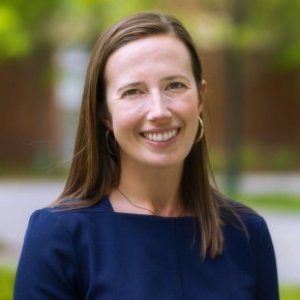 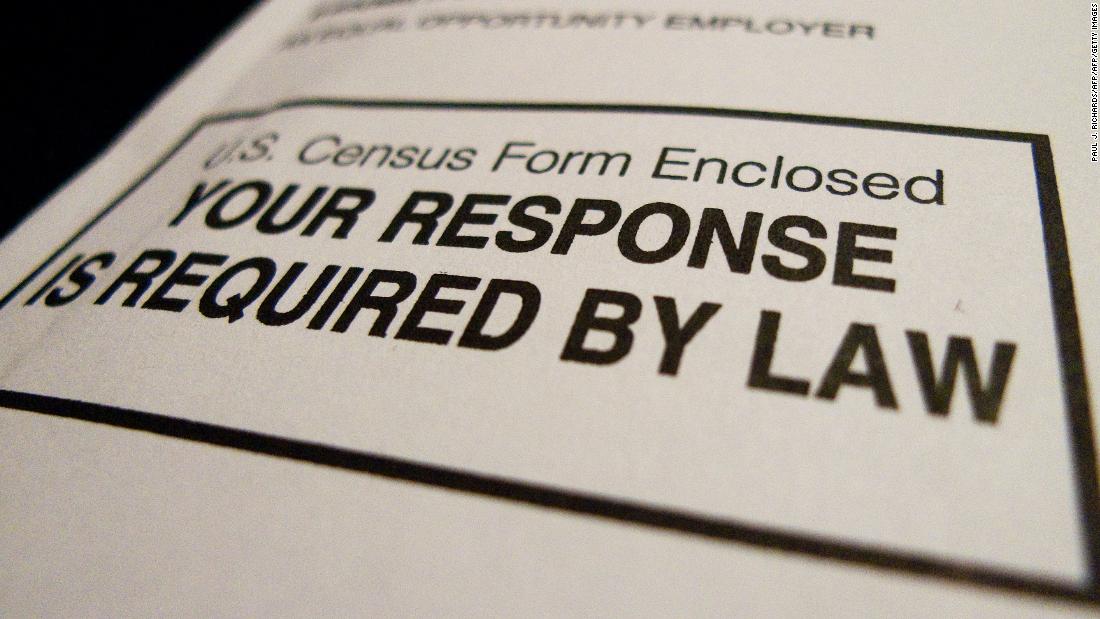 What could a citizenship question mean for the 2020 Census? 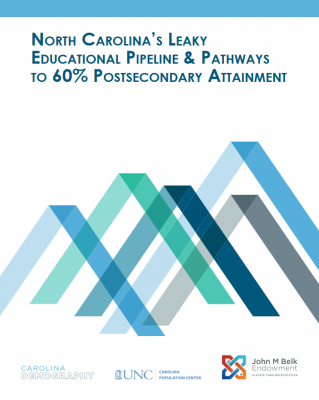 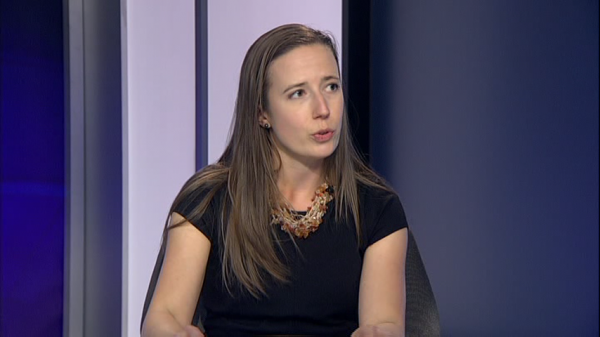 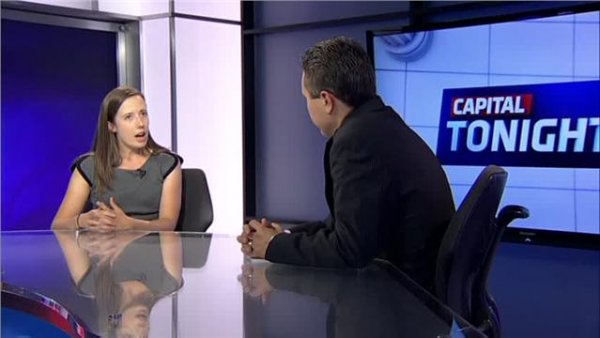 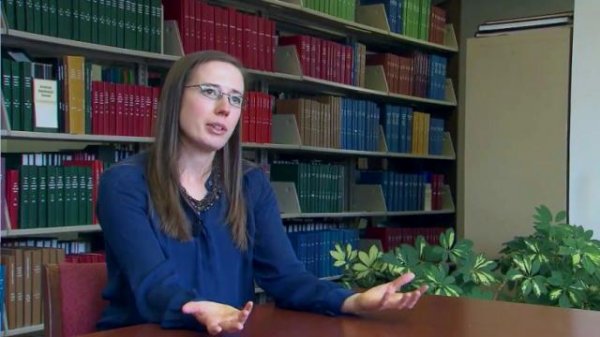 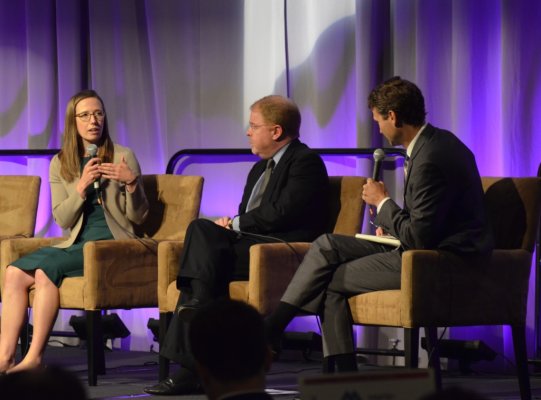 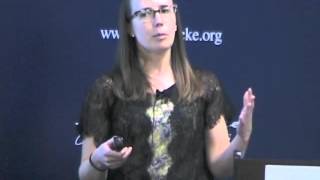 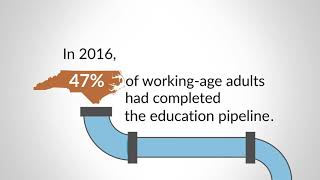 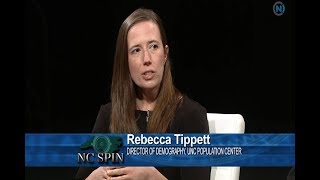 Dr. Rebecca Tippett is the founding Director of Carolina Demography at the Carolina Population Center at UNC-Chapel Hill, and oversees the operation of the organization. Tippett’s work helps leaders across North Carolina make sense of population-level changes throughout the state. With more than a decade of experience analyzing demographic and economic data, she translates research into specific, usable information to inform decision-making, evaluation, and policy.

Dr. Tippett has authored more than 200 articles and reports about the impact of demographic and social trends in North Carolina and is frequently sought after for her expertise and ability to communicate demographic information. She has delivered over 100 presentations to groups across the state and regularly appears in state and national media such as The Charlotte Observer, The Wall Street Journal, and National Public Radio.

Prior to joining UNC, Dr. Tippett worked at the University of Virginia’s Weldon Cooper Center for Public Service where she produced population estimates and population projections for Virginia’s 134 counties and independent cities. A transplant to North Carolina from the Midwest, she earned her BA in Sociology and Political Science from The Ohio State University and her MA and PhD in Sociology from Duke University.

North Carolina could be on track to pick up its 14th seat in the U.S. House of Representatives, a seat the state nearly missed after the 2010 Census, according to Rebecca Tippett, founding director of Carolina Demography at the Carolina Population Center at UNC-Chapel Hill.

The report "North Carolina’s Leaky Educational Pipeline and Pathways to 60 percent Postsecondary Attainment” analyzes which students are making it to and through college and who is getting left behind. Host Frank Stasio talks about it with Rebecca Tippett, director of Carolina Demography, a part of the Carolina Population Center at the University of North Carolina-Chapel Hill.

These NC Counties Will Be Majority Minority By 2025

In North Carolina, the change has come largely through natural increase, according to Rebecca Tippett, founding Director of Carolina Demography at the Carolina Population Center at UNC-Chapel Hill which started in 2013. That means simply that the population as a whole has more births than deaths. "More diverse populations tend to be a little younger, which means they are more likely to be able to grow from what's called natural increase," said Tippett. "They are more likely to have more babies than they are to die."

A big reason that the population is falling off so much is that the veterans of the draft-fueled buildup during the Vietnam War era now dominate the veteran population, but are “aging out ” said Rebecca Tippett is the director of Carolina Demography at the Carolina Population Center.

Rebecca Tippett, the director of Carolina demography at the UNC center, said in a blog entry that the estimate keeps North Carolina on track to pick up the extra seat in Congress, assuming population trends stay the same.

Rowan’s population in a word: Shifting

So says Dr. Rebecca Tippett, director of Carolina Demography, part of the Carolina Population Center at UNC Chapel Hill. “[T}he people moving in, that are of young ages who have children, don’t look the same as the people that are moving out,” Tippett said...

In NC, Clinton hopes to win over white, educated voters

Some of the factors in that difference, director Rebecca Tippett said, start in high school. Some students might be daunted by the prospect of being the first in their families to go to college, she said, or believe that they won’t be able to afford it. The higher overall rates among urban students, Tippett added, may mask stark gaps among racial groups. Read more here: https://www.charlotteobserver.com/news/local/article237501534.html#storylink=cpy

Large number of people moving to N.C. are from Fla., Va.

North Carolina poised to gain another congressional seat in 2020

Wake and Mecklenburg are the largest counties. But suburban areas and retirement destinations like coastal Brunswick County were among the fastest growing in 2017, according to the University of North Carolina’s Carolina Demography.

Love It or Hate It, NC's Growing Population Is Changing How We Live and Vote

Tying It Together with Tim Boyum  radio

A million new people are moving to North Carolina every single decade, and that trend is only expected to continue. From New York to Florida and even California, these folks change the very fabric of our state. And, whether you love it or hate it, it’s dramatically changing elections and political strategy. This week on the podcast, Tim sits down with Rebecca Tippett from Carolina Demography. She’s considered the top expert and highly sought after for her incredible depth of knowledge of the state’s changing demographics, and what it means for our lives and the economy.

2015 ABSTRACT: Population estimates are widely used in fund allocation, revenue sharing, planning, and budgeting at the federal, state, and local levels; as such, accuracy is crucial, and finding the most appropriate data and method to produce the accurate results is a constant goal ...

Poverty and the Social Safety Net

2012 ABSTRACT: The current presidential election cycle provides a platform for debate about the “social safety net.” In the broadest terms, social safety net programs provide assistance for low-income households, and help insure individuals against the risk of falling into poverty.

2011 ABSTRACT: These rankings tell two stories about economic well-being in Virginia and make it clear that a single number, such as the statewide percentage below the federal poverty line, fails to present a full picture of households facing economic risks. The statewide federal poverty ...

The social demography of internet dating in the united states

2010 OBJECTIVE: The objective of this article is to identify the sociodemographic correlates of Internet dating net of selective processes that determine who is “at risk.” We also examine the role of computer literacy, social networks, and attitudes toward Internet dating among ...

Household debt across the life course: An analysis of the late Baby Boomers

2010 ABSTRACT: As an aggregate, American households have shown rising debt levels over the past few decades, yet we do not understand how debt varies within households over time and what factors influence this variation in a meaningful way. To date, household debt appears ...