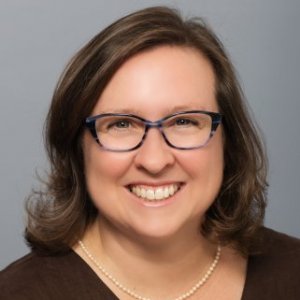 She directs Elon's Poverty and Social Justice program and represents Elon on the Shepherd Higher Education Consortium on Poverty (SHECP) where she served as the Board Chair for 2017-18.

Her work as a feminist social ethicist is focused on globalization, economic, environmental, and reproductive justice. Her book, In Search of the Good Life: The Ethics of Globalization (Continuum, 2004), won the 2003 Trinity Book Prize and her second monograph, Solidarity Ethics: Transformation in a Globalized World was published by Fortress Press in 2014. She has co-edited five books including Encountering the Sacred: Feminist Reflections on Women’s Lives (T & T Clark, 2018); Justice in a Global Economy: Strategies for Home, Community and World (Westminster/John Knox, 2006); and To Do Justice: A Guide for Progressive Christians (Westminster/John Knox, 2008). She is the past President of the American Academy of Religion, Southeast Region (2008-09) and is Elon University’s 2011-12 Distinguished Scholar.

Her latest book, Trust Women: A Progressive Christian Argument for Reproductive Justice, was published by Beacon Press in 2018 and it received the 2018 Indies Silver Award for Women’s Studies and the 2018 Nautilus Silver Award for Religion/Spirituality of Western Thought.

Peters is an ordained PCUSA minister and is active denominationally and ecumenically. She chaired the PCUSA task force on Just Globalization and represents the PCUSA as a member of the Faith and Order Commission of the World Council of Churches. She is a Public Fellow with PRRI (Public Religion Research Institute) and received the Walter Wink Scholar-Activist Award from Auburn Seminary in 2018. 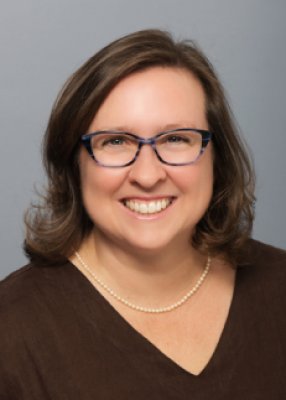 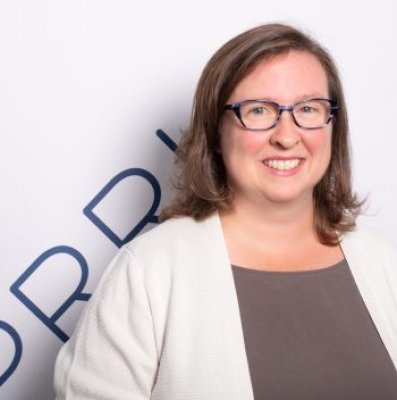 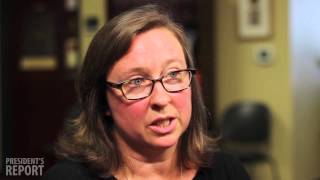 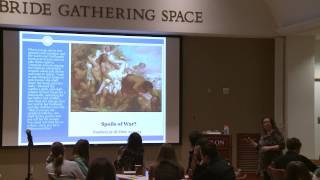 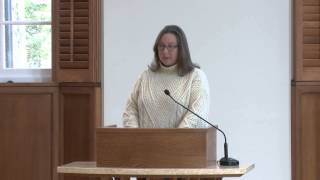 Dissertation: “In Search of the Good Life: A Feminist Critical Theo-ethical Reading of the Globalization Debates.” Beverly Wildung Harrison, advisor.

This month: with abortion restrictions making headlines across the South and Midwest, it’s a good time to talk to Rebecca Todd Peters about her new book Trust Women: A Progressive Christian Argument for Reproductive Justice. And in One Last Thing, both Dan and Tim have been watching movies about unsavory characters, but those movies were…not the same.

Nearly 60% of Americans feel abortion should be legal, but 48% of those polled believe abortion is morally wrong. On this Friends Talking Faith with The Three Wise Guys we’ll discuss faith and the issue of abortion.

Two ways of being Christian and pro-choice

The retirement of Supreme Court justice Anthony Ken­nedy has revived discussions of a showdown in American political culture that has long been coming over the right of a woman to choose an abortion. Ever since Roe v. Wade allowed women a legal right to abortion (which had been denied them since 1873), the country has floundered in its attempts to discuss what the right to an abortion means. There have been far more accusations than substantive discussions, far more positions entrenched than hearts changed. But two recent books attempt to open up substantive discussion within Christian circles.

“Trust Women: Moving the Conversation from Abortion to Reproductive Justice“

Rebecca Todd Peters is Professor of Religious Studies and Director of the Poverty and Social Program at Elon University. Her work as a feminist social ethicist is focused on globalization, economic, environmental, and reproductive justice.

Why This Christian Minister Is Advocating For Abortion Rights

Religion and abortion are two topics that have had a complicated relationship with each other — particularly Christianity and abortion.

A Christian Argument for Abortion: A Q&A With Rebecca Todd Peters

Abortion is a moral issue, just not in the way we’ve been taught, argues Rebecca Todd Peters, an ordained minister in the Presbyterian Church and professor of religious studies at Elon University. She is also the author of the new book Trust Women: A Progressive Christian Argument for Reproductive Justice. Rather than an abstract moral question, she argues, abortion is a morally valid option to a concrete question women face on a regular basis: “What should I do when faced with an unplanned, unwanted, or medically compromised pregnancy?”

Rebecca Todd Peters, professor of Religious Studies at Elon University who is also a Christian ethicist and women's right advocate, opens the door on a fraught subject – abortion in her new book, Trust Women (Beacon, April). It comes out while the #metoo movement is raging and an abortion case is under consideration by the U.S. Supreme Court. However, the book was brewing in her mind for 25 years and was pushed forward by recent events “As women’s access to healthcare got more difficult, abortion and reproductive rights moved to the forefront of my research agenda,” says Peters.

Learning from the Past: Considering the Ethics of Appropriation Journal of Jewish Ethics

Harrison observed that the intensity of the political rhetoric around abortion is at least partly due to the fact that the population most negatively affected by abortion policy is “all but excluded from a direct voice in the policy-making process.” 5 Little has changed on that front in the intervening thirty years. While there are more women legislators at the state and national levels than there were in 1983, women still only hold 24 percent of seats in state legislatures, 16 percent in the US Congress, and 12 percent of governorships. 6 However …

The term globalization is currently used in a wide variety of ways in global discourse. Generally speaking, it refers to economic, social, political and cultural processes that serve to break down traditional barriers that have separated peoples, nations and cultures from one another. To the extent that globalization refers to interaction between cultures, trade partnerships and agreements, migration and technology transfer, it is hardly a new phenomenon. Just as surely as tribal and cultural identity can be traced back to the evolution …