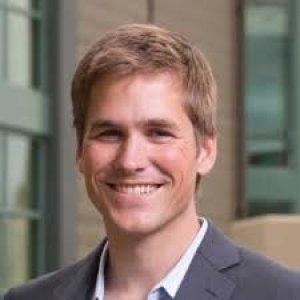 Reed Walker is an Associate Professor of Business and Public Policy and Economics at UC Berkeley. His research explores the social costs of environmental externalities, such as air pollution and how regulations to limit these externalities contribute to gains and/or losses to the economy. He is the faculty co-director of the UC Berkeley Opportunity Lab's Climate and Environment Initiative. He is also a Research Associate at the Energy Institute at Berkeley, a faculty research fellow at the National Bureau of Economic Research, and a research fellow at IZA. He received his PhD in economics from Columbia University.

A new EPA proposal has made experts take a look at how air pollution is linked to systemic racism. According to research by Assoc. Prof. Reed Walker, the Transamerica Chair in Business Strategy, disparities between soot levels in predominantly minority and white areas fell by nearly two-thirds between 2000 and 2015. The drop is largely linked to the aggressive enforcement of the Clean Air Act's particulate matter standards, which were implemented in 2005.

As inequality in the state grows more extreme, backup power systems will be just one more issue that widens the gap, said Assoc. Prof. Reed Walker, the Transamerica Chair in Business Strategy. "The current state of adaptation, which is currently 'I hope you can afford a generator or Tesla Powerwall,' is misguided," Walker said.

A recent analysis by Assist. Prof. Reed Walker of the Business & Public Policy Group found strong regulations on air quality have been highly effective in the U.S., and air quality could have more impact on intellect than previously realized.

The author discusses research by Asst. Prof. Reed Walker of the Haas Business & Public Policy Group that polluting emissions from U.S. manufacturing fell by 60 percent between 1990 and 2008—a period in which manufacturing output grew significantly—primarily because manufacturers adopted cleaner production methods in tandem with increasingly strict environmental regulation.

'For example, in a 2013 paper in the Quarterly Journal of Economics, the Berkeley economist W. Reed Walker followed what happened to workers at firms impacted by the 1990 Clean Air Act Amendments, which required polluting firms to obtain operating permits. He wanted to know whether workers who left newly-regulated companies were able to easily find other jobs (he did not know whether the workers were fired or quit, just that they left).'

Can We Help the Losers in Climate Change?

'In economic theory, human mobility should benefit both the downtrodden areas people are leaving, by tightening the job market, and the more prosperous ones that need new workers. Subsidizing migration, though, has moral and political implications that many find unsettling. “There’s a psychic cost to relocating—if there weren’t, we’d see a lot more mobility in the U.S. than we do,” says Reed Walker, an assistant professor at the Haas School of Business at UC Berkeley.'

The Distribution of Environmental Damages

Why is Pollution from U.S. Manufacturing Declining? The Roles of Environmental Regulation, Productivity, and Trade

The Relationship Between Season of Birth, Temperature Exposure, and Later Life Well-Being

Every Breath You Take - Every Dollar You'll Make: The Long-Term Consequences of the Clean Air Act of 1970

The Transitional Costs of Sectoral Reallocation: Evidence from the Clean Air Act and the Workforce

Explaining the Determinants of Operating Budgets at U.S. National Parks