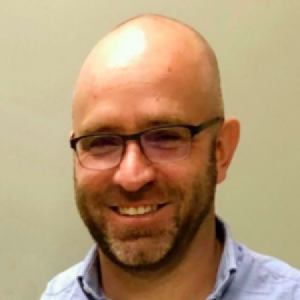 
His main research focus is on disasters, focusing on disaster resilience and complex systems

Reggie Ferreira PhD (University of Louisville), is the director of the Tulane University Disaster Resilience Leadership Academy, New Orleans. His work focuses on developing disaster resilience interventions for vulnerable populations across the globe, with work conducted in Europe, Africa, North America and South Asia. Over the past decade, he has been involved with several disaster risk reduction and resilience projects totaling $20 million in funding. He currently manages an interdisciplinary academic and applied research program at Tulane University focused on disaster resilience. He has established himself as a leading expert on vulnerability and resilience practices. He currently serves as the editor for the American Psychological Association’s, Traumatology journal focusing on disaster resilience. His work has appeared in national and international peer reviewed outlets, most recently his work has featured in popular media such as CNN, Reuters, HBO, NPR, MedScape and USA Today. Reggie hails from South Africa.

For some people, the approaching anniversary of the deadly storm might potentially trigger symptoms of PTSD, according to experts. “An anniversary can definitely bring back memories, and that can cause PTSD to skyrocket,” said Dr. Regardt Ferreira, an assistant professor at Tulane University’s School of Social Work.

The inability to quickly return to routines — like going back to school — can make it harder for a child to cope with the stress of a disaster, said Regardt Ferreira, director of the Disaster Resilience Leadership Academy at Tulane University. Children whose lives are in prolonged upheaval can exhibit behavioral issues — like withdrawing from their surroundings, exhibiting bursts of anger, or developing post traumatic stress later on.

Why New Orleans Says “No, Thanks” to Disaster Research

“It’s expected that people are interested and come here and do research,” says Regardt Ferreira, an assistant professor of social work at Tulane. “But from an insider view, people are fed up. It’s like, ‘You’ve had your chance, move on. Thanks, but no thanks.’”

2020 The relationship between gender, disaster exposure, and the Protective Action Decision Model (PADM) is explored through a survey administered to 326 Gulf Coast residents following the Deep-Water Horizon oil spill. Structural Equation Modeling was used to find that disaster exposure demonstrated a significant negative effect on PADM, such that greater exposure was associated with lower scores (g = −3.09, p