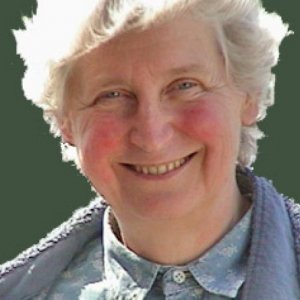 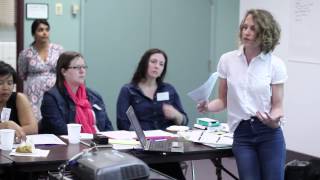 Regula (Reggie) Modlich, a retired urban planner, is still passionate and active in getting our gendered reality recognized both by Toronto City Council and the planning profession.

Modlich worked as professional planner from 1963 to 1994; her employers included Private Consultants, the cities of Toronto and Oshawa and the town of Aurora; her assignments ranged from Official Plans, participatory urban renewal and business improvement areas projects, policy and parks planning, to heritage preservation.

The year 1962/63 saw Modlich volunteer with CUSO as a village development worker with women in a tiny village in India.

In 1975, when Modlich had her children and earned a Masters in Environmental Studies degree at the Faculty of Environmental Studies, York University, she became aware of the gendered nature of communities, and the planning profession. In 1990 she had the opportunity to teach a course on “Women and Environments,” while standing in for a professor on sick leave. She was Managing Editor for Women & Environments International Magazine for almost 10 years, founding member of Women Plan Toronto and its successor Toronto Women’s City Alliance, in which she is still active. She co-ordinates the group’s Planning Team and helps prepare gender lens submissions to Toronto’s Official Plan Review, and other urban issues.

In 1988, Modlich was nominee for the YWCA Women Of The Year award, and in 1995 she received the City of Toronto, Constance Hamilton Award.

Born in 1939, in Zurich, Switzerland and raised partly in Germany, Modlich immigrated to Canada in 1957.
She is married to Nikos Evdemon, an award winning cinematographer, has two sons and two granddaughters;
She loves the company of her close friends, playing her mother’s violin, looking after her flowers, cycling and swimming.

Valuing the Traditional Urban Fabric through a Gender Lens.

A gender lens evaluates policies, practices, and even built environments with criteria based on women's experiences. Care giving and domestic responsibilities make for a very fragmented everyday life - increasingly interwoven with gainful employment. The demands of these un- and undervalued responsibilities, restrict women's, yet, enhance their spouses' employment potential. Because, child, or elder care and support services are often unavailable, inaccessible and unaffordable, women tend to have to accept part-time, or shift work.

What does it mean for women in Toronto that not one of the 13 councillors originally nominated to the city’s 2013 executive committee was a woman? This powerful committee works with the mayor to set priorities for the city’s agenda, labour relations and several other important areas. When Councillor Janet Davis protested the gender imbalance on the slate, she was told that the most qualified councillors were nominated. In other words, the striking (nominating) committee considered none of the 15 (34 per cent) women — many of them with extensive experience — on the 44 member council as qualified for the executive committee. What does this say about the status of women on council? What does this mean for women in Toronto? It means that the top decision-makers in Toronto do not feel a need to be representative of the diversity on council, let alone of over half of the city’s population and that their overt bullying deters most women. It also means that they do not feel diverse women in Toronto have concerns and issues that should be represented, let alone addressed. Poverty, homelessness, unemployment and underemployment, an inequitable burden of caregiving and domestic responsibilities, gender discrimination, domestic violence and sexual abuse remain the alarming realities for many girls and women in Toronto — and decisions by city hall affect them all.

2012 This article presents the history, analysis and prospects for women’s capacity to engender the planning process in Toronto. It recounts the origins and actions of Women Plan Toronto in the early 1980s to the Toronto Women’s City Alliance campaigns, setting this pioneering work against today’s cut-backs of transit, child care, and social housing and efforts to establish a Women’s Equalities Office...