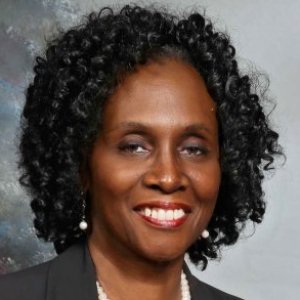 
Adjunct Lecturer focused on adults and healthy aging with a specialty in education, eradicating violence, and abuse.

RENEE CAMPBELL is an adjunct lecturer at the USC Suzanne Dworak-Peck School of Social Work. She is a strong advocate for those in need who are affected by discrimination and marginalization. She is especially committed to education, eradicating violence and abuse, developing and promoting services that positively influence opportunities for healthy families, and justice-related issues all over the world.

In addition to her position teaching at USC, Campbell is president and CEO of Wesley House Community Services in Louisville, Kentucky, providing interventions for at-risk youth and families. She is also on the board of directors for the United Nations Association of the United States of America Louisville Chapter, Interfaith Paths to Peace, Mary Byron Project and Sister Cities of Louisville.

In 1991, she became a founding mother of the Louisville Clothesline Project, an artistic display that brings the public’s attention to widespread abuse of women, and was instrumental in the incorporation of that initiative becoming a tax-exempt nonprofit organization. In 2012, Campbell was appointed to the mayor of Louisville’s Violence Prevention Task Force. In 2013, she was a delegate representing the National United Methodist Women at the United Nations Summit on Women and Girls and Domestic Violence in New York City, where she was part of a panel that addressed the church response to family domestic violence and abuse. In 2014, she created and spearheaded an Okinawa Women Victims of Military Rape Tribute, patterned after the Louisville Clothesline Project, and gave voice to the devastating effects of military rapes by members of the United States military from 1945 to the present. The project was implemented in partnership with the Muhammad Ali Center.

She also works for social justice in Ghana in West Africa. In 2006, Campbell became a chief in one of the poorest villages in West Africa, Tolon-Kumbungu, by the Tolon Traditional Council. Her duties as development chief include assisting the village's people in reaching their highest potential. Campbell replicated the Clothesline Project in Tamale and Tolon in Ghana and developed an internet café in Tolon.

Campbell is the proud recipient of the Center for Women and Families' 2013 Woman of Distinction Award. She has been recognized as a Muhammad Ali Daughter of Greatness and was featured in the Who’s Who in African American Profiles in 2014 and 2015, as well as the book One Hundred Fascinating Louisville Women.

Center for Women and Families