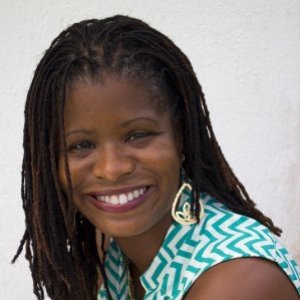 Associate Professor, Department of Communication, and the Curriculum in Global Studies, College of Arts and Sciences | UNC-Chapel Hill


Analyzes use of black diaspora performance to build community, argue for rights of citizenship & map differential blackness in the Americas. 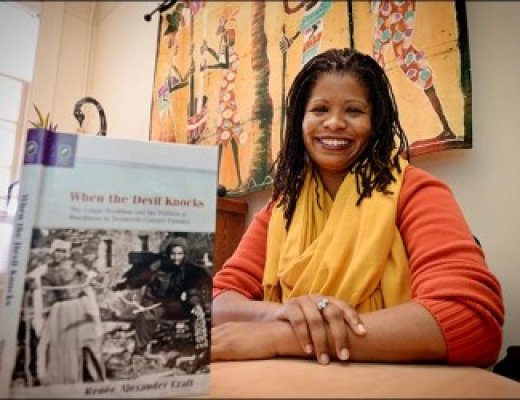 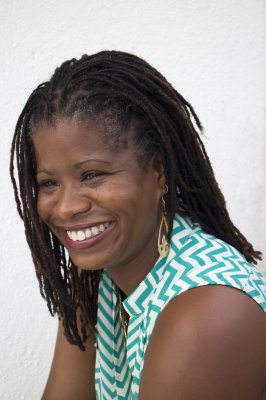 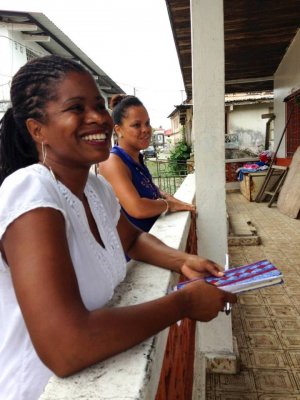 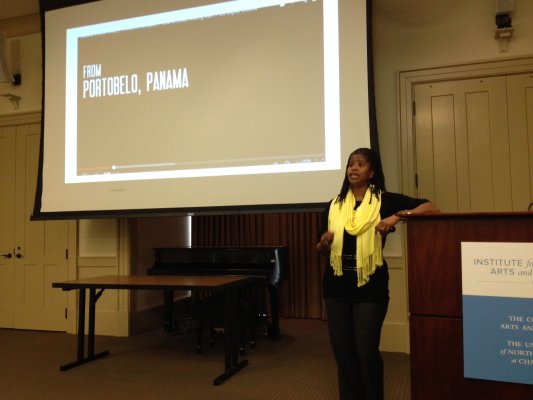 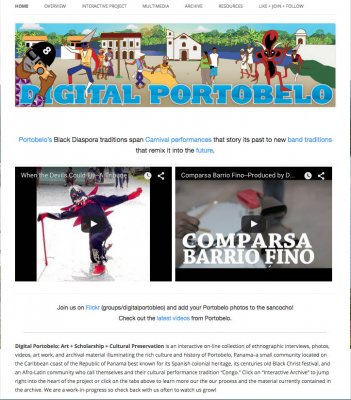 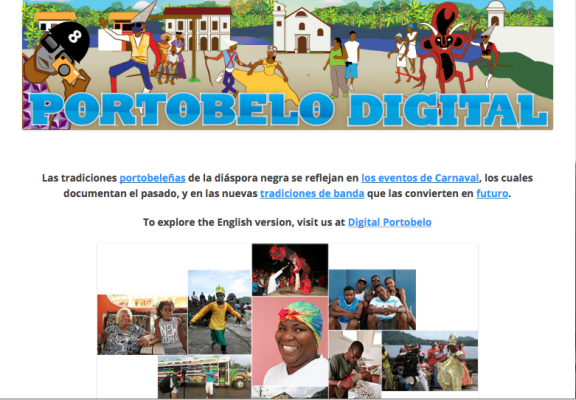 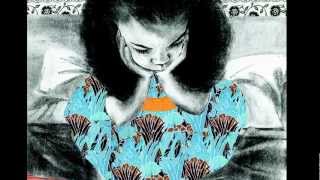 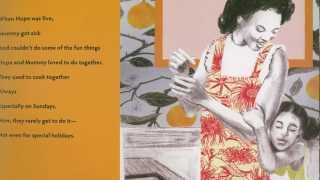 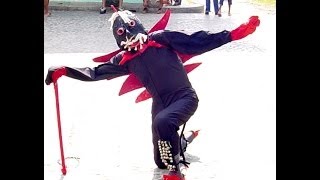 Renée Alexander Craft is a performance studies-trained black feminist writer, scholar, and educator interested in the power of creativity and imagination to build community, inspire collective action in the service of social justice, and call new futures into being by troubling the fault lines of structural domination until they break–even if only temporarily or partially so.

Broadly, her research analyzes dialectical constructions of “blackness” and performances of black cultural nationalisms in the Americas. She is interested in the ways in which 20th and 21st century African-descended communities use literary and performance practices to argue for rights of citizenship and map differential terrains of “blackness.” Performances of black cultural nationalism such as various carnival traditions in the Americas as well as Juneteenth and Kwanzaa celebrations in the U.S., for example, function as rich intergenerational sites where groups rehearse, debate, revise, and disseminate the values and histories that undergird their cultural and political projects.

For the past 16 years, Alexander Craft’s research and creative projects have centered on an Afro-Latin community located in the small coastal town of Portobelo, Panama who call themselves and their carnival performance tradition “Congo.” She has completed both a manuscript and digital humanities project, which reflect this focus. The first is an ethnographic monograph titled "When the Devil Knocks: The Congo Tradition and the Politics of Blackness in 20th Century Panama" (The Ohio State University Press, January 2015). The second project, titled "Digital Portobelo: Art + Scholarship + Cultural Preservation" (digitalportobelo.org), is an interactive online collection of ethnographic interviews, photos, videos, artwork, and archival material that illuminate the rich culture and history of Portobelo, Panama. Digital Portobelo was initiated through an inaugural 2013-2014 UNC Digital Innovations Lab/Institute for the Arts and Humanities Fellowship and is currently supported by an inaugural 2016 Whiting Public Engagement Fellowship.

In addition to the Portobelo-focused projects, Alexander Craft received a Durham Arts Council Ella Pratt Emerging Artist Fellowship in 2013 for "I Will Love You Everywhere Always," a children’s book dedicated to helping children cope with death and loss.

Alexander Craft will be on research leave for the 2016-2017 academic year.

Digital Innovations Lab/Institute for the Arts and Humanities Fellowship (professional)

Awarded by the University of North Carolina at Chapel Hill

4-20-2016 The Whiting Foundation's Public Engagement Fellowships go to professors who have shown “a demonstrated commitment to using their scholarly expertise to reach wider audiences,” in order to fund ambitious projects designed to have direct and significant impact on a specific public outside the academy.”

Bibliofile: Breaking bad in North Carolina, the gory history of cardiology and other matters of the heart

Two new books turn on the maxim that home is wherever you hang your heart. In the scholarly work When the Devil Knocks: The Congo Tradition and the Politics of Blackness in Twentieth-Century Panama (Ohio State University Press, Jan. 28), UNC-Chapel Hill assistant professor Renée Alexander Craft explores the African Diaspora in Panama through the lens of Congo, an Afro-Latin carnival tradition celebrating the Cimarrones' resistance to slavery. In the Spanish colonial period, they escaped to the Americas and formed new communities. The Congo drama pits them against enslavers represented as Devils, a Christian icon the Spanish used as a means of suppression, reappropriated as parody. Alexander Craft tells the story of their self-liberation, and situates the Congo tradition's construction of identity in the broader context of blackness in Panama, through meticulous ethnography...

The Devils in the Details

3-17-2015 Renee Alexander Craft has been going to Panama for 14 years, a few weeks at a time. She is fascinated by a small seaside town called Portobelo, its Afro-Latin residents and the special spin they give to their pre-Lenten Carnival. They call their version of Carnival season, “Congo Season.” “It’s a small town that’s rich in culture and history. It’s a small town that also has been consistently touched by global trade and tourism,” said Alexander Craft, assistant professor in the Department of Communications Studies and Curriculum in Global Studies. “The history is just so thick and interesting. I’m never at a loss for questions or great people to ask.”

11-12-2012 In, 2008, Renee Alexander Craft lost one of her best friends to breast cancer. Craft says that cancer targets an individual, but when someone has it, that person’s whole community has it. As an act of healing, Craft wrote "I Will Love You Everywhere Always" (2012), to celebrate her friend’s life. Craft has used writing throughout her life as an act of storytelling and survival.

The Festival of the Black Christ

10-20-2011 Every October, tens of thousands of people make a pilgrimage to Portobelo, a quiet fishing town in Panama’s Colon Province, to visit El Cristo Negro – the Black Christ. It’s a life-sized figure of Jesus carved from dark mahogany. That powerful symbol, which has been in Portobelo since the 17th century, represents both the proud spirit and spiritual identity of this unique Central American community. Host Frank Stasio talks about the people of Portobelo, the Black Christ figure and the annual festival that celebrates it with Renee Alexander Craft.

Public: A Journal of Imagining America

2008 This article analyzes 20th-century black identity in Panamá by examining how two distinct points on a spectrum of Panamanian blackness came to fit strategically (although sometimes contentiously) under the category ‘Afropanameño’ at the end of the 20th century. The dynamism of contemporary blackness in Panamá exists around the politics of Afrocolonial (Colonial Black) and Afroantillano (Black West Indian) identities as they have been created, contested, and revised in the Republic's first century...

"¡ Los Gringos Vienen!" (The Gringos are Coming!): Female Respectability and the Politics of Congo Tourist Presentations in Portobelo, Panama

2008 “¡Los gringos vienen!” focuses on the ways a particular Afro-Latin community in Portobelo, Panama, who call themselves and their performance tradition “Congo,” negotiate encounters with global tourists. In so doing, it links notions of “respectability” with double-consciousness to explore differences between female Congo “local” and “like-local” performances...

The Quilt: Towards a twenty-first-century black feminist ethnography

Performance Research: A Journal of the Performing Arts

2007 In 1998, the Association of Caribbean Women Writers and Scholars (ACWWS) launched the inaugural issue of the journal MaComere, devoted to scholarly studies and creative works by and about Carribbean woman. Each of the first four issues began with a reminder of the importance of self-naming and self-articulation...