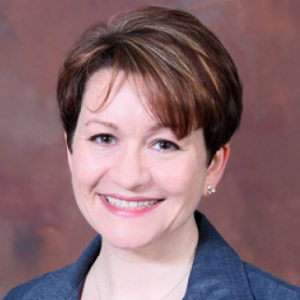 
Professor Armstrong is an expert in Southern and Appalachian Literature, Death and Culture, and Perceptions of Rural America.

Rhonda Armstrong specializes in 20th and 21st century American literature. She has a doctorate in American Studies from Saint Louis University, where her research and coursework combined literary studies, history, art and visual culture, and political and social theory. She earned a BA in English, with a minor in History, from Western Kentucky University, where she also completed additional graduate coursework in British literature through a cooperative program at Cambridge University.

Dr. Armstrong's current research focuses on the role of the dead bodies in Southern literature. She has published articles and essays on the novels of Barbara Kingsolver (Seeking Home: Marginalization and Representation in Appalachian Letters and Song), Lee Smith (Journal of Appalachian Studies) and Bobbie Ann Mason (Southern Literary Journal), as well as on the poetry of Frank X Walker (Transitions: Race, Culture, and the Dynamics of Change).

An Augusta University English professor weighed in on whether the headline speech Melania Trump gave one day one of the Republican National convention was in fact plagiarism. Those who claimed Donald Trump's wife took parts of Michelle Obama's 2008 Democratic National Convention speech pointed to this phrase, "You work hard for what you want in life," Obama stated in '08.

What is it about the South and writers? The region produced rich prose from authors as diverse as William Faulkner and Alice Walker, and a unique style of storytelling. To celebrate the tradition of female Southern authors, The Augusta Chronicle and the East Central Georgia Regional Library system are starting a book club featuring works by Georgia native Alice Walker, Augusta author Louise Shivers and North Carolina author Kaye Gibbons.

Rewriting the Corpse in Suzan-Lori Parks's Getting Mother's Body

2015 Corpses show up quite often in Southern literature, lingering long after their moment of death, sometimes unburied, sometimes exhumed, and at still other times buried but imagined to be still present. The treatment of dead bodies is of course an important cultural signifier, and in the American South, corpses—and the spectacle of corpses—have played a role in figuring Southern power and identity...

Reading around the Narrator in Lee Smith's Oral History

2015 Lee Smith’s 1983 novel Oral History, which she identifies as a" story about storytelling," uses multiple narrators to call into question how stories develop over time. This article examines how Smith’s own narrative strategies effectively direct readers to mistrust their narrators, and to seek out alternative narratives within the text...

2012 Modes of spectacle and spectatorship can be found throughout Bobbie Ann Mason's novels and short stories and, for the most part, Mason's Kentucky characters serve as contemporary-era spectators, con suming televised images and incorporating them into their own identities...

Nature and Culture in the Northern Forest: Region, Heritage, and Environment in the Rural Northeast.

The thirty million acres of the Northern Forest form a diverse yet coherent landscape, marked by its unique-but-dynamic mixture of geologic traits, flora and fauna, histories, and cultures. Nature and Culture in the Northern Forest, published as a part of Iowa’s American Land and Life Series, introduces its readers to this beautifully complex region through fourteen interdisciplinary essays, each exploring the affinities between the land and its culture.

Review Essay: “The Allegiances of Strangers.” Fallen Land by Taylor Brown and The Dark of the Island by Philip Gerard

Two new historical novels, both by Wilmington writers, take the old plot line of “a stranger comes to town” in wildly different directions, using the outsider’s perspective to muse on Southern land and community and how one belongs to either.