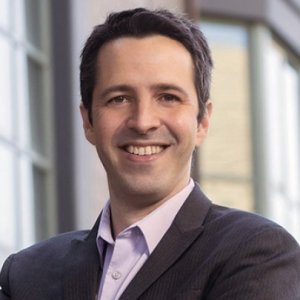 Ricardo Perez-Truglia is an Associate Professor at the Haas School of Business. His research lies at the intersection of behavioral economics, political economy and public economics. Perez-Truglia intends his research to inform firms and policy makers in the developed and developing world, leading to practical applications.

One of his main research interests is how social image and social comparisons shape economic behavior. What do others think of you? Are you rich? Smart? Hard-working? The desire to shape these opinions is a powerful driver of human behavior. Perez-Truglia studies social incentives in contexts such as tax compliance, political participation and happiness.

Another central theme in his research is how firms and individuals acquire and process information. Individuals hold many beliefs that are divorced from reality, even when it comes to basic concepts. They do not understand their own position in the income distribution, or the probability that they are audited by the IRS. In order to understand people's motivations, we need to know what people really believe. Perez-Truglia has applied this framework to topics such as inflation and home price expectations, tax compliance and preferences for redistribution.

Perez-Truglia has been published in premier academic journals such as the American Economic Review and the Journal of Political Economy. His research has been featured in media outlets such as the New York Times, Wall Street Journal, The Economist and National Public Radio.

In 2020, Perez-Truglia was named a Sloan Research Fellow. He received his PhD in economics at Harvard University in 2014. Before joining Haas in 2020, he worked at UCLA-Anderson from 2016 to 2020 and at Microsoft Research New England from 2014 to 2016. He grew up in the Ciudadela neighborhood near Buenos Aires.

A Close-Up Picture of Partisan Segregation, Among 180 Million Voters

People are influenced by the political views of their peers. Research by Assoc. Prof. Ricardo Perez-Truglia found that people donated more in politically like-minded areas when he sent them a letter reminding them that their neighbors could look up their donations.

Perez-Truglia and Cullen start off by noting that among U.S. corporations, women make up nearly half of entry-level employees but their representation drops precipitately as they move up the ladder, comprising only 5% of all CEOs, according to McKinsey & Company. To see why this happens, they got access to the employment records of a giant Asian commercial bank, whose identity they kept anonymous, 65% of whose employees were female. At this bank, three out of every four entry-level employees were women but that percentage dropped sharply, to 25% at the C-Suite level and 0% at the very top of the pyramid—the CEO and the board.

About a decade ago, a naturally occurring social experiment took place in Norway that revealed how people react when they are given the opportunity to learn not just a co-worker’s income but the salary of every citizen in the country.

Friends with bonuses: men get ahead by befriending the boss

That's right: male camaraderie really does lead to professional success, according to a new study by economists Zoe Cullen at Harvard and Ricardo Perez-Truglia at the University of California.

Study: How Schmoozing Helps Men Get Ahead

Offices are social places. Employees and managers take coffee breaks together, go to lunch, hang out over drinks, and play in sports leagues. Companies often encourage this socializing, in hopes of fostering strong team bonds that lead to higher performance and less conflict.

The study, which has not yet been peer-reviewed, was posted as a working paper on the National Bureau of Economic Research. Its authors, Zoë Cullen of Harvard Business School and Ricardo Perez-Truglia at the University of California, Los Angeles, set out to answer the question of how the gender of someone’s boss may affect the employee’s career trajectory.

It was once called “the last taboo.” But a spreadsheet circulating this week with the salary information for workers in one industry — news media — has shown how the issue of pay equity has moved into the center of the national discussion about work and fairness.

Should you decide what you are paid?

The latest research suggests not all those concerns are justified. Zoe Cullen of Harvard Business School and Ricardo Perez-Truglia at UCLA’s Anderson School of Management looked at more than 2,000 workers at a large commercial bank.

Shortly after 6 a.m. on Thursday, people began lining up outside the central office of the Finnish tax administration. It was chilly and dark, but they claimed their places, eager to be the first to tap into a mother lode of data.

The Motivating (and Demotivating) Effects of Learning Others’ Salaries

Pay inequality is common in most workplaces. You get paid significantly more than your subordinates, your boss gets paid more than you, and your boss’s boss gets even more. In many large organizations, some employees can take home paychecks tens or hundreds of times more than others.

My Boss Makes What?!

It turns out that bosses who are transparent about their salaries may end up fostering higher workplace morale than those who aren’t.

Shaming Those Who Skip Out on Taxes

IN 2006, according to an estimate by the United States Treasury Department, Americans underpaid their taxes by about $450 billion. For that year, that’s roughly equal to Pentagon spending, and more than the gross domestic products of Sweden and Switzerland.

How Much Does Your Boss Make? The Effects of Salary Comparisons

The Effects of Income Transparency on Well-Being: Evidence from a Natural Experiment

Partisan Interactions: Evidence from a Field Experiment in the United States

Conveniently Upset: Avoiding Altruism by Distorting Beliefs About Others’ Altruism