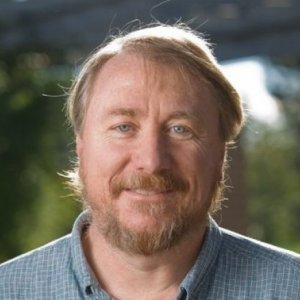 
“The Man Who Bottled Evolution” 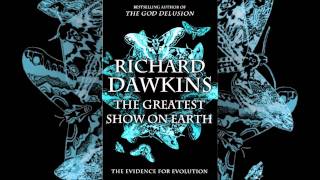 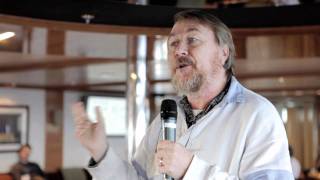 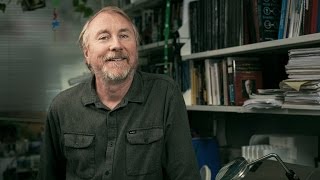 The main focus of my lab is on experimental evolution. Evolution is usually investigated using the comparative method or by studying fossils. Our approach is to watch evolution as it happens, in the context of experiments that are replicated and performed under controlled conditions. The idea of watching evolution in action is not new. In fact, Charles Darwin, in the first edition of On the Origin of Species (1859, p. 187), said "In looking for the gradations by which an organ in any species has been perfected, we ought to look exclusively to its lineal ancestors ; but this is scarcely ever possible, and we are forced in each case to look to species of the same group, that is to the collateral descendants from the same original parent-form."

In order to study evolution as it happens requires either a time machine (which we don't have) or else organisms that replicate, mutate, and evolve very fast, so that we can detect changes on a reasonable time scale. In our research, we are now performing experiments with two different fast-evolving systems:

Bacteria, primarily Escherichia coli; and Digital organisms in the Avida system. In both systems, we are investigating the dynamics of evolution, including genomic as well as phenotypic changes. We aim to integrate our understanding of these genomic and phenotypic changes by identifying and manipulating the genetic and ecological determinants of organismal performance and fitness. The approaches we use to draw these connections span a wide range, from finding specific mutations of interest to analyzing arrays that summarize the relationship between the entire genome and all the phenotypes that it encodes. By using two very different systems, we seek commonalities that may indicate more general features of evolving systems. Of equal interest, major differences between these systems may lead us to further experiments that explore the reasons for particular outcomes.

Evolution: Revenge of the Hopeful Monster

More than 20 years ago, Rich Lenski, then at University of California, Irvine, started a simple experiment. On a Wednesday morning, the 24 February 1988, he started the parallel evolution of 12 populations of Escherichia coli, all clonally derived from a single bacterium and competing for limited sugar in Erlenmeyer flasks...

Convergence and divergence in a long-term experiment with bacteria

2017 Suitably designed experiments offer the possibility of quantifying evolutionary convergence because the fraction of replicate populations that converge is known. Here I review an experiment with Escherichia coli, in which 12 populations were founded from the same ancestral strain and have evolved for almost 30 years and more than 65,000 generations under the same conditions. The tension between divergence and convergence has been a major focus of this experiment. I summarize analyses of competitive fitness, correlated responses to different environments, cell morphology, the capacity to use a previously untapped resource, mutation rates, genomic changes, and within-population polymorphisms. These analyses reveal convergence, divergence, and often a complicated mix thereof. Complications include concordance in the direction of evolutionary change with sustained quantitative variation among populations, and the potential for a given trait to exhibit divergence on one timescale and convergence on another. Despite these complications, which also occur in nature, experiments provide a powerful way to study evolutionary convergence based on analyzing replicate lineages that experience the same environment.

2017 Isolated populations derived from a common ancestor are expected to diverge genetically and phenotypically as they adapt to different local environments. To examine this process, 30 populations of Escherichia coli were evolved for 2,000 generations, with six in each of five different thermal regimes: constant 20 C, 32 C, 37 C, 42 C, and daily alternations between 32 C and 42 C. Here, we sequenced the genomes of one endpoint clone from each population to test whether the history of adaptation in different thermal regimes was ...

2010 The relationship between rates of genomic evolution and organismal adaptation remains uncertain, despite considerable interest. The feasibility of obtaining genome sequences from experimentally evolving populations offers the opportunity to investigate this relationship with new precision. Here we sequence genomes sampled through 40,000 generations from a laboratory population of Escherichia coli. Although adaptation decelerated sharply, genomic evolution was nearly constant for 20,000 generations. Such clock-like regularity is usually viewed as the signature of neutral evolution, but several lines of evidence indicate that almost all of these mutations were beneficial. This same population later evolved an elevated mutation rate and accumulated hundreds of additional mutations dominated by a neutral signature. Thus, the coupling between genomic and adaptive evolution is complex and can be counterintuitive even in a constant environment. In particular, beneficial substitutions were surprisingly uniform over time, whereas neutral substitutions were highly variable.

Evolution experiments with microorganisms: the dynamics and genetic bases of adaptation

2003 Microorganisms have been mutating and evolving on Earth for billions of years. Now, a field of research has developed around the idea of using microorganisms to study evolution in action. Controlled and replicated experiments are using viruses, bacteria and yeast to investigate how their genomes and phenotypic properties evolve over hundreds and even thousands of generations. Here, we examine the dynamics of evolutionary adaptation, the genetic bases of adaptation, tradeoffs and the environmental specificity of adaptation, the origin and evolutionary consequences of mutators, and the process of drift decay in very small populations.

Long-term experimental evolution in Escherichia coli. I. Adaptation and divergence during 2,000 generations

1991 We assess the degree to which adaptation to a uniform environment among independently evolving asexual populations is associated with increasing divergence of those populations. In addition, we are concerned with the pattern of adaptation itself, particularly whether the rate of increase in mean fitness tends to decline with the number of generations of selection in a constant environment. The correspondence between the rate of increase in mean fitness and the within-population genetic variance of fitness, as expected from Fisher's ...