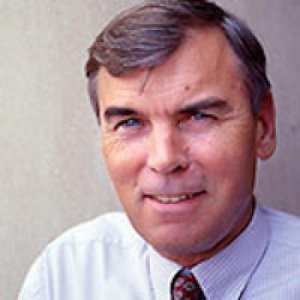 Richard Boucher, M.D., is the Kenan Professor of Medicine and the Director of Cystic Fibrosis and Pulmonary Diseases Research and Treatment Center at the University of North Carolina at Chapel Hill.

Dr. Boucher received his medical degree from Columbia University and completed his residency at the Royal Victoria Hospital in Montreal, Canada. He joined the University of North Carolina at Chapel Hill School of Medicine faculty in 1977.

Dr. Boucher has directed the Cystic Fibrosis and Pulmonary Diseases Research and Treatment Center since 1988. He is also the co-director of the UNC Gene Therapy Center and the Division of Pulmonary & Critical Care Medicine.

Dr. Boucher has published more than 300 articles and has received numerous awards for his research on Cystic Fibrosis and pulmonary diseases, including the Distinguished Scientific Achievement Award from the American Thoracic Society and 1st Annual Champion for a Cure Award from the Cystic Fibrosis Foundation. In 1997, he was named the William Rand Kenan Professor in the department of medicine.

Boucher is the principal investigator of two Program Project Grants and one Specialized Center of Research Grant from the National Institutes of Health. The Boucher lab continues its major interest in the functions of airway epithelia in health and disease. Clinical studies include trials of novel drugs and gene transfer vectors for cystic fibrosis and mechanisms of exacerbations in chronic bronchitis.

If you smoke cigarettes, you have more in common with someone who has cystic fibrosis than you think. A new research report appearing online in the FASEB Journal (http://www.fasebj.org) shows that smoking cigarettes affects the lungs in a way that is very similar to cystic fibrosis, a life threatening disease affecting the lungs and other organs...

The Adult Cystic Fibrosis Airway Microbiota Is Stable over Time and Infection Type, and Highly Resilient to Antibiotic Treatment of Exacerbations

2012 Cystic fibrosis (CF) is characterized by defective mucociliary clearance and chronic airway infection by a complex microbiota. Infection, persistent inflammation and periodic episodes of acute pulmonary exacerbation contribute to an irreversible decline in CF lung function. While the factors leading to acute exacerbations are poorly understood, antibiotic treatment can temporarily resolve pulmonary symptoms and partially restore lung function. Previous studies indicated that exacerbations may be associated with changes in microbial densities and the acquisition of new microbial species. Given the complexity of the CF microbiota, we applied massively parallel pyrosequencing to identify changes in airway microbial community structure in 23 adult CF patients during acute pulmonary exacerbation, after antibiotic treatment and during periods of stable disease.

Expression and Localization of Epithelial Aquaporins in the Adult Human Lung

2001 Aquaporins (AQPs) facilitate water transport across epithelia and play an important role in normal physiology and disease in the human airways. We used in situ hybridization and immunofluorescence to determine the expression and cellular localization of AQPs 5, 4, and 3 in human airway sections. In nose and bronchial epithelia, AQP5 is expressed at the apical membrane of columnar cells of the superficial epithelium and submucosal gland acinar cells. AQP4 was detected in basolateral membranes in ciliated ducts and by in situ in gland acinar cells. AQP3 is present on basal cells of both superficial epithelium and gland acinus. In these regions AQPs 5, 4, and 3 are appropriately situated to permit transepithelial water permeability. In the small airways (proximal and terminal bronchioles) AQP3 distribution shifts from basal cell to surface expression (i.e., localized to the apical membrane of proximal and terminal bronchioles) and is the only AQP identified in this region of the human lung. The alveolar epithelium has all three AQPs represented, with AQP5 and AQP4 localized to type I pneumocytes and AQP3 to type II cells. This study describes an intricate network of AQP expression that mediates water transport across the human airway epithelium.

1998 The pathogenesis of cystic fibrosis (CF) airways infection is unknown. Two hypotheses, “hypotonic [low salt]/defensin” and “isotonic volume transport/mucus clearance,” attempt to link defects in cystic fibrosis transmembrane conductance regulator–mediated ion transport to CF airways disease. We tested these hypotheses with planar and cylindrical culture models and found no evidence that the liquids lining airway surfaces were hypotonic or that salt concentrations differed between CF and normal cultures. In contrast, CF airway epithelia exhibited abnormally high rates of airway surface liquid absorption, which depleted the periciliary liquid layer and abolished mucus transport. The failure to clear thickened mucus from airway surfaces likely initiates CF airways infection. These data indicate that therapy for CF lung disease should not be directed at modulation of ionic composition, but rather at restoring volume (salt and water) on airway surfaces.

An animal model for cystic fibrosis made by gene targeting

1992 Cystic fibrosis results from defects in the gene encoding a cyclic adenosine monophosphate-dependent chloride ion channel known as the cystic fibrosis transmembrane conductance regulator (CFTR). To create an animal model for cystic fibrosis, mice were generated from embryonic stem cells in which the CFTR gene was disrupted by gene targeting. Mice homozygous for the disrupted gene display many features common to young human cystic fibrosis patients, including failure to thrive, meconium ileus, alteration of mucous and serous glands, and obstruction of glandlike structures with inspissated eosinophilic material. Death resulting from intestinal obstruction usually occurs before 40 days of age.