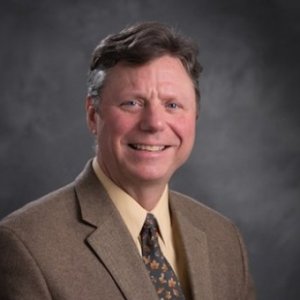 Research on the ecological processes governing the dynamics of tree communities in temperate and tropical forests. Focuses on the mechanisms that cause changes in relative abundance and diversity of tree species through time and across gradients of soil resource availability.

2016 Establishing diverse mycorrhizal fungal communities is considered important for forest recovery, yet mycorrhizae may have complex effects on tree growth depending on the composition of fungal species present. In an effort to understand the role of mycorrhizal fungi community in forest restoration in southern Costa Rica, we sampled the arbuscular mycorrhizal fungal (AMF) community across eight sites that were planted with the same species (Inga edulis, Erythrina poeppigiana, Terminalia amazonia, and Vochysia guatemalensis) but varied twofold to fourfold in overall tree growth rates. The AMF community was measured in multiple ways: as percent colonization of host tree roots, by DNA isolation of the fungal species associated with the roots, and through spore density, volume, and identity in both the wet and dry seasons. Consistent with prior tropical restoration research, the majority of fungal species belonged to the genus Glomus and genus Acaulospora, accounting for more than half of the species and relative abundance found on trees roots and over 95% of spore density across all sites. Greater AMF diversity correlated with lower soil organic matter, carbon, and nitrogen concentrations and longer durations of prior pasture use across sites. Contrary to previous literature findings, AMF species diversity and spore densities were inversely related to tree growth, which may have arisen from trees facultatively increasing their associations with AMF in lower soil fertility sites. Changes to AMF community composition also may have led to variation in disturbance susceptibility, host tree nutrient acquisition, and tree growth. These results highlight the potential importance of fungal?tree?soil interactions in forest recovery and suggest that fungal community dynamics could have important implications for tree growth in disturbed soils.

2016 In closed-canopy forests, gap formation and closure are thought to be major drivers of forest dynamics. Crown defoliation by insects, however, may also influence understory resource levels and thus forest dynamics. We evaluate the effect of a forest tent caterpillar outbreak on understory light availability, soil nutrient levels and tree seedling height growth in six sites with contrasting levels of canopy defoliation in a hardwood forest in northern lower Michigan. We compared resource levels and seedling growth of six hardwood species before, during and in the three years after the outbreak (2008–2012). Canopy openness increased strongly during the forest tent caterpillar outbreak in the four moderately and severely defoliated sites, but not in lightly defoliated sites. Total inorganic soil nitrogen concentrations increased in response to the outbreak in moderately and severely defoliated sites. The increase in total inorganic soil nitrogen was driven by a strong increase in soil nitrate, and tended to become stronger with increasing site defoliation. Seedling height growth increased for all species in the moderately and severely defoliated sites, but not in lightly defoliated sites, either during the outbreak year or in the year after the outbreak. Growth increases did not become stronger with increasing site defoliation, but were strongest in a moderately defoliated site with high soil nutrient levels. Growth increases tended to be strongest for the shade intolerant species Fraxinus americana and Prunus serotina, and the shade tolerant species Ostrya virginiana. The strong growth response of F. americana and P. serotina suggests that recurring forest tent caterpillar outbreaks may facilitate the persistence of shade intolerant species in the understory in the absence of canopy gaps. Overall, our results suggest that recurrent canopy defoliation resulting from cyclical forest insect outbreaks may be an additional driver of dynamics in temperate closed-canopy forests.

2016 Experiments with plant species that can host both arbuscular mycorrhizal fungi (AMF) and ectomycorrhizal fungi (EMF) are important to separating the roles of fungal type and plant species and understanding the influence of the types of symbioses on plant growth and nutrient acquisition. We examined the effects of mycorrhizal fungal type on the growth and tissue nutrient content of two tree species (Eucalyptus grandis and Quercus costaricensis) grown under four nutrient treatments (combinations of low versus high nitrogen (N) and phosphorus (P) with different N:P ratios) in the greenhouse. Trees were inoculated with unidentified field mixtures of AMF or EMF species cultivated on root fragments of AMF- or EMF-specific bait plants. In E. grandis, inoculation with both AMF and EMF positively affected belowground plant dry weight and negatively affected aboveground dry weight, while only inoculation with AMF increased tissue nutrient content. Conversely, Q. costaricensis dry weight and nutrient content did not differ significantly among inoculation treatments, potentially due to its dependence on cotyledon reserves for growth. Mineral nutrition of both tree species differed with the ratio of N to P applied while growth did not. Our results demonstrate that both tree species' characteristics and the soil nutrient environment can affect how AMF and EMF interact with their host plants. This research highlights the importance of mycorrhizal fungal-tree-soil interactions during early seedling growth and suggests that differences between AMF and EMF associations may be crucial to understanding forest ecosystem functioning.