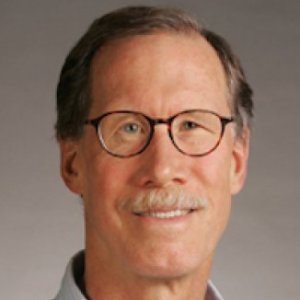 Professor Richard Marcus was born and raised in San Francisco. He attended Pomona College, where he lettered for four years on the track team, engaged in a variety of 1960s-era political activities and spent a year as president of the student body. He then attended the UC Berkeley School of Law (Boalt Hall), where he was research editor of the California Law Review and elected to the Order of the Coif when he graduated in 1972. Both before and after graduation from law school, Professor Marcus served as law clerk to Justice Raymond Peters of the California Supreme Court.

After an around-the-world expedition went awry in a bus accident in Afghanistan, he spent a summer working on the Wounded Knee Legal Defense Committee in Rapid City, South Dakota. Then, during 1973 to 1974, he served as an associate-in-law at Boalt Hall and, in 1974 to 1975, as a law clerk to U.S. District Court Judge Alfonso J. Zirpoli in San Francisco. In 1976 he got a real job, as a litigation associate at Dinkelspiel, Pelavin, Steefel & Levitt (since disbanded) in San Francisco, where he became a partner in 1980.

In 1981, Professor Marcus left practice and entered teaching as an associate professor at the University of Illinois College of Law, becoming a full professor in 1984. He was a visiting professor at the University of Michigan Law School in 1986 to 1987. He joined the UC Hastings faculty in 1989, became a Distinguished Professor in 1997, and was awarded the Horace O. Coil (‘57) Chair in Litigation in 1999. His teaching has focused on litigation-related areas such as civil procedure, complex litigation, conflicts of law, and evidence, and he has also taught contracts, corporations and remedies.

Professor Marcus’ writing has focused on litigation-related topics. He is a lead author of the West casebooks Complex Litigation (5th ed. 2010) and Civil Procedure: A Modern Approach (6th ed. 2013). He is also an author of several volumes of the Federal Practice & Procedure treatise (known as Wright & Miller) and serves on a variety of committees dealing with practice issues. Since 1996, he has served as Associate Reporter to the Advisory Committee on Civil Rules of the Judicial Conference of the U.S. 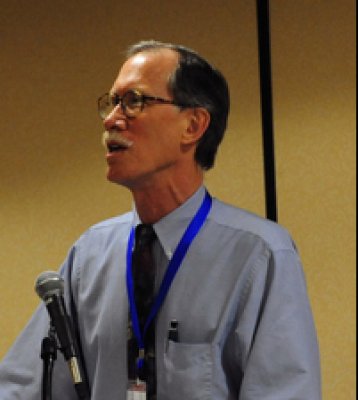 Richard Marcus, a professor at the University of California Hastings College of the Law, and other scholars take interest in the cooperation between state and federal courts, and its effect on MDL settlements. In particular, he refers to the Vioxx Marketing, Sales Practices and Products Liability Litigation in the Eastern District of Louisiana, which once surpassed 10,000 cases. It now has 564 pending cases...

"The general price tag for wanting to submit things to a court to get a ruling in your favor is that they become public,” said Richard Marcus, a law professor and expert on civil procedure at the University of California Hastings College of the Law in San Francisco...

Even contemplating closing a courtroom, as Koh did, shows an unusual level of accommodation to the parties, said Richard Marcus, a professor at University of California Hastings College of the Law, and can also erode trust in the courts. "Locking the courthouse doors in a trial-like situation is extremely rare and requires exceptional circumstances," he said...

How to Steer an Ocean Liner

The Decade of Discovery  Arlington, Virginia

Has the Roberts Court Slammed the Courthouse Door in Class Actions?

New World 45 of the Federal Rules of Civil Procedure

University of Pennsylvania Conference on the 75th Anniversary of the Federal Rules  Philadelphia, PA.

American procedure has long been exceptional, a fact that baffles Americans and non-Americans alike. But focusing on the goals of civil litigation provides an important insight into why U.S. procedure is so different. Everyone around the world wants procedure that suitably balances accuracy with economy. But American procedure seeks to enable litigants in this country to go further, by enforcing public norms through private initiative, a major reason why it puts fewer obstacles in the way of prospective plaintiffs. That seems to be a uniquely American role for civil litigation, and largely explains the relaxed pleading, broad discovery, and jury trial features of American civil litigation...

The US experience with collective litigation is both a target for criticism and a source of ideas that might be usefully adopted or adapted. That experience has been dynamic and is still changing. This chapter briefly sketches the broad strands of development for those outside the United States.

American procedure has long been distinctive. It was part of the common law family of procedure, but different from the other common law countries, and even more different from the civil law countries. Gradually, the other common law countries have changed their procedures to be more similar to that in the civil law countries, which have at the same time been introducing elements that resemble some traditional features of common law procedure. In that sense, harmonization seems to be happening in the rest of the world, except America. That remains true, but ongoing procedural changes in America mean that US procedure is coming to resemble the procedure of the rest of the world a bit more than it did a generation ago. This article reports on the most recent reform package for the US federal courts, which will be under active consideration in America in 2013–2014.

Cooperation and Litigation: Thoughts on the American Experience

This paper introduces the question of cooperation in litigation in three pieces. First, I will try to reflect at a very general level on why we might want litigators to be pretty adversarial, and recoil somewhat at their trying instead to be cooperative. Second, I will sketch very briefly and in great generality the sorts of problems that seem to arise when laws command cooperative behavior, which should make us cautious about moving too far toward legal commands to cooperate. But these situations are distinguished by the fact that judges ultimately do not have the authority to decide the things on which the law aspires to encourage the parties to cooperate. Finally, I will recognize that twenty-first century litigation — particularly involving e-discovery — makes substantial and substantive cooperation essential and effective. Against that background, it seems that the distinctive thing about the topics on which judges now press for cooperation is that they are matters on which the judge can enter an order resolving the issue if the parties do not agree.

This contribution to a symposium on Federal Rule of Evidence 502 tries to identify the sorts of laments that sometimes befall the rulemakers: (1) Judges don’t follow our rules; (2) Lawyers don’t read our rules; and (3) We nevertheless must deal with overstated opposition to make even modest rule changes.