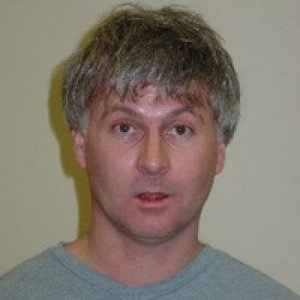 
Richard McLaughlin specializes in fluid dynamics. He is co-director of the Joint Applied Math and Marine Sciences Fluid Lab. 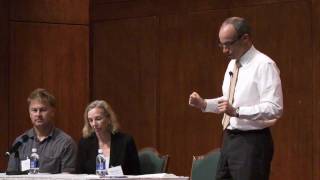 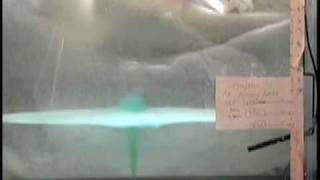 Richard McLaughlin is professor and chair of the Department of Mathematics at the University of North Carolina at Chapel Hill. He is a leading expert on fluid dynamics.

McLaughlin is co-director (along with Kenan Professor of Mathematics Roberto Camassa) of the Joint Applied Mathematics and Marine Sciences Fluids Lab, an interdisciplinary research lab in the Carolina Center of Interdisciplinary and Applied Mathematics. The fluids lab is a collaborative effort between professors, postdoctoral research associates, graduate students, undergraduate students and high school students in the mathematics, marine sciences, biology and physics departments.

About $10 million in competitive National Science Foundation, U.S. Defense Department and National Institutes of Health grants have been awarded to research projects centered around fluids lab facilities, which include a 120-foot wave tank, state-of-the-art thermal lab and large-scale wind tunnel.

McLaughlin is also a member of the Carolina Center for Interdisciplinary Applied Mathematics, which started in 1996 as a result of a UNC initiative to provide expertise in mathematical modeling and computational science for the campus, and to integrate this expertise into research collaborations and undergraduate and graduate training. The center integrates research and educational activities in mathematics and its intimate ties with the physical, engineering, biological, medical and social sciences.

Top prize for poster at the 68th annual meeting of the American Physical Society’s Division of Fluid Dynamics. Awarded to the UNC Joint Applied Math and Marine Sciences Fluids Lab.

1996 Department of Mathematics, University of Utah

Researchers have long known and well-documented how dye disperses when injected into a fluid flowing through a pipe. But a team of mathematicians at the University of North Carolina at Chapel Hill has discovered that the size and shape of the pipe dramatically affects how the dye will disperse in the early moments after injection. Their results have major implications for drug delivery, chemical manufacturing, managing pollutants spilled in waterways or any application that involves mixing substances into fluids that are flowing.

Focus: The Difference Between Round and Square Pipes

Now researchers from the University of North Carolina, Chapel Hill, led by Roberto Camassa and Richard McLaughlin, have derived equations and run computer simulations to study the distribution of dye for a variety of pipe shapes. They found that the distinctions are more dramatic than expected...

Chris Joy ’13 was so excited about his summer internship that the math major’s parents wanted other Carolina students to benefit from a similar experience. Bob and Molly Joy of Vonore, Tenn., created the Robert Joseph and Myra Ficklen Joy Excellence Fund in the department of mathematics after Chris spent the summer before his senior year working in Carolina’s fluids laboratory — home to the wave machine— simulating oil spills and collaborating with faculty and graduate students.

CNN interviews Richard McLaughlin and Roberto Camassa about the plume dynamics of the BP oil spill.

Expert Head-Scratching on the Plumes

The discovery that the oil from the Deepwater Horizon blowout may be spreading beneath the sea in plumes of fine droplets came as dismal news early this week. If that observation holds up to further scientific scrutiny, it would mean that the true dimensions of the problem are still invisible, and sea life is being exposed to a heavy load of toxins. But the discovery, bad as it could prove to be for the ocean, has also created a fascinating problem for big brains of a certain kind. People who spend their time thinking about subjects like fluid dynamics, and turbulent plumes, and supercritical fluids, have gone into overdrive trying to figure out what might be going on a mile beneath the surface of the ocean.

Why Did Huge Oil Plumes Form After the Gulf Spill?

"Oil and water don't naturally mix," said Richard McLaughlin, an applied mathematician at the University of North Carolina, Chapel Hill. What happened is that the dispersants broke the oil into micro-droplets that merged with the deep-sea water, then rose slowly, said McLaughlin, who was researching ocean-mixing problems like these well before the Gulf oil spill. But the water at the seabed isn't the same as at the surface. Not only is it colder, it's saltier and therefore denser. The result is that the micro-droplets didn't float all the way up. Rather, they rose to the level at which they were the same density as the surrounding water—and stayed there, according to lab experiments by McLaughlin and colleagues Roberto Camassa and Brian White...

Optimal mixing of buoyant jets and plumes in stratied uids: theory and experiments

R. Camassa, Z. Lin, R. M. McLaughlin, K. Mertens, C. Tzou, J. Walsh, and B. White. The influence of ambient fluid stratification on buoyant miscible jets and plumes is studied theoretically and experimentally. Given a fixed set of jet/plume parameters, and an ambient fluid stratification sandwiched between top and bottom homogeneous densities, a theoretical criterion is identified to show how step-like density profiles constitute the most effective mixers within a broad class of stable density transitions.

Squaring the circle: geometric skewness and symmetry breaking for passive scalar transport in ducts and pipes

Manuchehr Aminian, Francesca Bernardi, Roberto Camassa and Richard M. McLaughlin We study the role geometry plays in the emergence of asymmetries in diffusing passive scalars advected by pressure-driven flows in ducts and pipes of different aspect ratios. We uncover nonintuitive, multi-time-scale behavior gauged by a new statistic, which we term “geometric skewness,” which measures instantaneously forming asymmetries at short times due to flow geometry.