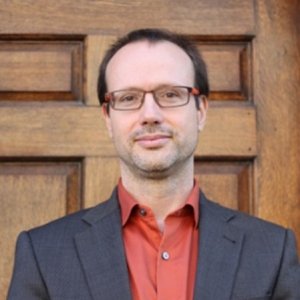 Professor of Biogeochemistry | University of Bristol

How the Earth System Works

Professor Richard Pancost is based in the School of Earth Sciences. His research investigates long term climate change and addresses what we can learn by comparing the sudden and dramatic changes in today’s climate with the changes in climate from millions of years ago. He looks at compounds in rocks and soils, with a view to shedding light on the nature of organisms living there or that once lived there. From this, he explores how climate change affects the Earth system, from the oceans to wetlands.

Professor Pancost's other areas of interest explore how climate change creates inequalities in different global communities, the inclusion of African and Caribbean populations in environmental campaigning movements, and public education on climate change. He served as a Special Advisor to the city of Bristol as the first UK European Green Capital and launched two major programmes with the University’s Cabot Institute to explore the intersecting issues of social and climate justice. Professor Pancost is a Fellow of the Geochemical Society, a member of the NERC Science Committee and a Bristol Zoological Society Trustee. 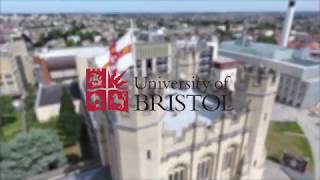 Distinguished Fellow of the Schumacher Institute

New research led by scientists at the University of Bristol has shown that the feedback mechanisms that were thought to keep the marine nitrogen cycle relatively stable over geological time can break down when oxygen levels in the ocean decline significantly.

A team of scientists, led by the University of Bristol, have used climate models and geological records to better understand changes in the East Asian monsoon over long geologic time scales.

Analysis: The UK politicians who talk the most about climate change

Dr. Richard Pancost of the University of Bristol told Earth and Space Science News that the study shows how algae may be an important part of carbon regulation on Earth. “It is a fascinating hypothesis based on some exciting new data,” said Pancost, who was not involved with the study.

Ancient 'dead seas' offer a stark warning for our own future

For long periods animals in ancient oceans could live only in shallow surface waters, above vast 'dead zones' inhabited only by anoxic bacteria, writes Richard Pancost. Human activity is now creating immense new dead zones, and global warming could be helping as it reduces vertical mixing of waters. Could this be the beginning of something big?

2020 Freshwater wetlands harbour diverse archaeal communities and associated membrane lipid assemblages, but the effect of environmental factors (e.g. pH and temperature) on the distribution of these lipids is relatively poorly constrained. Here we explore the effects of temperature and pH on archaeal core-lipid and intact polar lipid (IPL) derived core lipid distributions in a range of wetlands.

2020 The Sahara is the largest hot desert on Earth and the source of about half of the world's atmospheric dust which acts to fertilize the Atlantic Ocean and Amazon Basin. The timing and cause of Saharan desert inception are vigorously debated, but northern Africa is widely suggested to have dried progressively with global cooling through the late Cenozoic, favoring both desert and C4-grassland savanna expansion.

Climate of the Past Discussions

2020 Accurate estimates of past global mean surface temperature (GMST) help to contextualise future climate change and are required to estimate the sensitivity of the climate system to CO2 forcing during the geological record. GMST estimates from the latest Paleocene and early Eocene (~ 57 to 48 million years ago) span a wide range (~ 9 to 23 °C higher than pre-industrial) and prevent an accurate assessment of climate sensitivity during this extreme greenhouse climate interval.

2020 The Cretaceous–Paleogene marine sedimentary succession exposed in the banks of the middle reaches of the Waipara River (referred to as mid-Waipara), north Canterbury, New Zealand, has been the subject of several high-profile studies of Paleogene paleoclimate over the past decade. It is one of relatively few sections globally where a multi-proxy approach is possible due to the good preservation of microfossils and organic biomarkers.