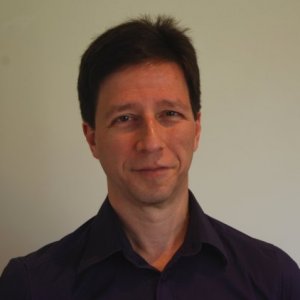 I'm a serial entrepreneur and company builder, active as an executive, investor, mentor, and Board member with many high-growth companies at the intersection of cybersecurity, AI, and blockchain, a space in which I've built and successfully exited several companies, and in which I hold numerous patents.

I am Executive Chair of dfuse, the leading platform for developers building the decentralized Web 3.0, as well as Chair of Cybeats Technologies, a venture-funded IoT security company building a full-lifecycle immune system for IoT devices.

Previously I was Executive Chair of Fluent.ai, a venture-backed company building a revolutionary AI-based speech recognition platform, and Chairman and CEO of Enomaly, a pioneer and leader in the cloud computing and cloud security space, culminating in the acquisition of Enomaly by Virtustream in 2011. Virtustream was in turn acquired by EMC, and then Dell.

Before that I was the founder and CEO/CTO of Assurent Secure Technologies, a cybersecurity SaaS company that was acquired in 2006. Subsequent to the acquisition of Assurent, I served as Chief Security & Technology Officer at TELUS.

Since 2006, I've served on the Boards and Advisory Boards of many highly regarded early-stage companies in the cybersecurity, cloud infrastructure, and SaaS sectors, such as Fluent.ai, Immunio, PasswordBox, Elliptic Technologies, Veracode, Enomaly, NetClarity, Virima, Stonewall Software, and Fonolo.

I'm often quoted by the press, and have appeared on the cover of CIO Magazine, as well as frequent appearances in media such as the New York Times, CBS, NBC, USA Today, etc. and hundreds of technology publications.

I hold a Ph.D. and numerous patents in the fields of cloud and software security.

I also climb the occasional mountain.

Cloud Computing: The Next Generation of IT

Cloud computing has become everyone's favorite buzz word, and almost every product in IT is being repositioned today as "new and improved, with added cloud". But what's behind the hype? In today's computing infrastructure, each business builds its own data centers and fills them with its own servers. Each business has to build a big enough set of data centers, and fill them with enough servers, for the busiest hour of the busiest day of the busiest week of the year in their business. Waste and inefficiency are massive. But computing is a commodity a lot like electricity. You can make your own, or you can buy it from others. Demand is variable (your business moves faster at some times than others) but generation costs are (almost) fixed, because they depend on major capital investments The larger your plant, the more efficient you can be ... but you have to weigh that against the costs of transmission. And today, the economics of computing and data networks have shifted to the point where we can economically deliver computing capacity over the Internet, on a pay-as-you-go basis. That's Cloud Computing. And the benefits are enormous, as we shall see...

Cloud Computing is economically very attractive, but concerns about security holds back cloud adoption. This talk cuts through the unfocused worry that often afflicts the industry to analyze what new security risks are inherent to the cloud model, and what solutions are available to mitigate these risks and to make cloud computing safe for secure workloads and high-value assets, in the financial services, telecom, and public sectors.

Over a dozen patents in cybersecurity and cloud computing

Over a dozen patents in cybersecurity and cloud computing