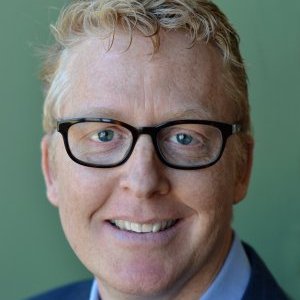 
Dr. Wilson is an expert on hate speech and incitement on social media. Richard Ashby Wilson is the Gladstein Distinguished Chair of Human Rights and Professor of Anthropology and Law, and founding director of the Human Rights Institute.

Having received his BSc. and Ph.D. in Anthropology from the London School of Economics and Political Science, Professor Wilson held faculty positions in anthropology at the Universities of Essex and Sussex, as well as visiting professorships at the Free University-Amsterdam, University of Oslo, the New School for Social Research and the University of the Witwatersrand. He has held prestigious fellowships from the National Endowment for the Humanities and the Institute for Advanced Study, Princeton. He has consulted for various policy agencies including UNICEF in Sierra Leone and he served as Chair of the Connecticut State Advisory Committee of the U.S. Commission on Civil Rights from 2009-2013.

His forthcoming book examines international efforts to prosecute political leaders and media figures who incite others to acts of ethnic and racial violence and genocide, titled “Incitement On Trial: Prosecuting International Speech Crimes” (Cambridge University Press, 2017). In 2017-18 he will be a visiting scholar at the Russell Sage Foundation, writing about incitement and hate speech in the United States since 2016.

The University's most prestigious faculty title, candidates must excel in all three areas of research, teaching, and public engagement. 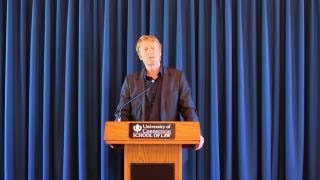 Trump’s election fraud claims propelled them to the Capitol on Jan. 6. His ongoing comments are keeping them in jail.

Richard Wilson, a professor at the University of Connecticut who studies international speech crimes, disagrees. He said the onus is on the courts to carefully consider over time whether the danger has passed. “If there’s a continued risk that’s a high level of risk, and it’s imminent, and there is continued incitement by leading individuals from in around the Trump administration,” he said, caution makes sense. “But I think the power and influence is waning all the time. . . . Donald Trump might be out there for a very long time, and people can’t be detained indefinitely.”

University of Connecticut law professor Richard Ashby Wilson, who wrote a book about incitement cases around the world, said Mr. Trump’s previous history of inflammatory remarks fell short of incitement, but the events leading up to the Capitol attack were different. “If you look at the context, his words either intended violence or showed reckless disregard for the consequences,” Mr. Wilson said. To prove an incitement case, “you don’t have to show a causal nexus to bad consequences.”

Richard A. Wilson, a University of Connecticut law professor and co-author of a recent journal article about incitement in the age of populism, said the revival of the Klan case is a broader reminder of how free speech was extremely limited until the civil rights movement. “We like to tell ourselves as Americans we’ve had all these great First Amendment rights for the entire period of our republic, but it’s simply not true,” Wilson said. “We were very repressive of speech until the end of the 1960s, and it was civil rights that opened the door.”

Several Capitol rioters are blaming Trump’s rhetoric. What’s in it for them?

These participants may have a good reason to cite Trump: to shift blame away from themselves. But according to legal experts, this strategy may not carry much or any legal benefit for them. “Seeking to deflect blame from defendants by saying that they received instructions from then-President Trump is not likely to sway a criminal court to acquit them,” said Richard Ashby Wilson, a law professor at the University of Connecticut.

Coverage of the El Paso and Dayton, Ohio, shootings has put a word into circulation: incitement. Can speech on a social media site, or a presidential platform, incite violence? It’s time for a primer. Providing examples dating back to 1594, the Oxford English Dictionary offers this definition: “action of inciting or rousing to action; an urging, spurring, or setting on; instigation, stimulation.”

No court would convict Trump of incitement. His liability is moral, not legal.

For the past two years, President Trump’s populist rhetoric has mobilized a political constituency based on fear, loathing and discriminatory animus toward certain social groups. He calls immigrants “animals.” He denounces Democrats as “evil.” He names the press the “enemy of the people.” Are the appalling actions of the mail bomber, the Louisville grocery-store shooter and the Pittsburgh synagogue shooter attributable to this speech, and if so, does the president bear any responsibility?

When does political discord escalate to incitement? Ask Donald Trump

This isn’t normal political discord any more. It’s not even “just” hate speech. Political speech has now veered into an even more dangerous terrain: incitement.

The war crimes tribunal has been expensive to maintain. Just since 2010, more than $700 million has been spent to fund the activity of the tribunal. Mladić's extensive defense and regular visits by his relatives cost nearly $2 million, according to his own lawyers. "Their budget dwarfs in comparison to even the state criminal justice budgets of most American states," says Richard Wilson.

We’ve hit the home stretch of the election. The time has come to get serious, really serious, about understanding what’s at stake with Donald Trump’s proposal to deport 5 million to 11 million undocumented immigrants and his promise that 2 million will be deported in “a matter of months” if he is elected. In May, former homeland security secretary Michael Chertoff told the New York Times: “I can’t even begin to picture how we would deport 11 million people in a few years where we don’t have a police state, where the police can’t break down your door at will and take you away without a warrant.” He also said, “Unless you suspend the Constitution and instruct the police to behave as if we live in North Korea, it ain’t happening.”

Demagogues in history: Why Trump emphasizes emotion over facts

ou may have heard news media and political rivals describe Donald Trump as a “demagogue” this presidential primary season. Hillary Clinton used the term to describe Trump in a MSNBC interview: That’s what a demagogue does: They say whatever they need to say to try to stir up the passions of people.“ The term demagogue is conventionally defined as a political leader who tries to get support by making false claims and promises and using arguments based on prejudice and emotion rather than reason. America has a deep and abiding history of demagogues, including Louisiana’s Huey Long, Alabama’s George Wallace, and Washington D.C.‘s Pat Buchanan. In my research, I examine the efforts to hold demagogues around the world accountable for spreading violent propaganda. Kenyan Vice President William Ruto and former Vice President of Serbia Vojislav Šešelj, for example, are currently awaiting verdicts in The Hague for allegedly inciting violence against other ethnic groups. Dutch politician Geert Wilders is facing charges of insulting a group of people based on race, and inciting discrimination and hatred. For better and worse, America is an outlier in its legal tolerance of demagogues who incite ethnic and racial hatred, in large part because of First Amendment jurisprudence after World War I that left political speech to compete in ”the marketplace of ideas.“

Op-Ed: The crime Trump committed in stirring up his mob

For years, Donald Trump has been going right up to the line of inciting violence by targeting certain minority groups and individuals with his vitriol. I have argued previously that his speech did not constitute incitement. On Wednesday, Trump crossed the Rubicon and incited a mob to attack the U.S. Capitol as Congress was in the process of tallying the electoral college vote results. He should be criminally indicted for inciting insurrection against our democracy.

Social researchers often feature as expert witnesses in international criminal trials, where they can exert a strong influence on a court’s understandings of mass atrocities. Analysis of over 400 expert appearances shows that, overall, international judges prefer experts who use scientific methods, but when social researchers are called, courts favor qualitative researchers over quantitative ones. In two international speech-crimes trials, a language expert was preferred to a quantitative sociologist because the former did not challenge the sovereignty of judges or the status hierarchy of the courtroom. When excluding quantitative experts, judges cite “common sense” as the basis of facticity and knowledge. The prevailing epistemological framework at international criminal tribunals results from the knowledge strategies of legal actors operating in a structurally fragile context.

In the course of prosecuting crimes against humanity, international criminal tribunals from the International Military Tribunal (IMT) at Nuremberg to the International Criminal Court (ICC) have provided accounts of the origins and causes of mass atrocities. Their historical narratives exhibit a common feature that has not been remarked upon, and that is the central role they assign to political propaganda in explaining popular participation in mass crimes. Judges have invoked propaganda to answer one of the most vexing questions at international criminal tribunals: why neighbor turned against neighbor and committed extreme acts of collective violence in contexts characterized by long periods of co-existence. This article evaluates the evidence for claims regarding the role of propaganda and concludes that eyewitness evidence for the causal role of propaganda is often slender and unconvincing. Insiders and material perpetrators more often than not repudiate their original testimony amid allegations of intimidation and bribery. At times, judges have balked at expert evidence on propaganda and refused to recognize it as germane to a criminal trial. Given the relative paucity of evidence for a directly causal role, why has propaganda become one of the overarching narratives that international courts employ to explain atrocities during armed conflicts? How does the model of causation customarily used in criminal law shape the kind of histories that international courts write? In answering these questions, the article refers to the unique model of causation used in criminal law, the apolitical nature of propaganda as an historical explanation, and the moral expressivist function of criminal courts.

This article calls for a rethinking of the causation element in the prevailing international criminal law on direct and public incitement to commit genocide. After the conviction of Nazi propagandist Julius Streicher at Nuremberg for crimes against humanity, the crime of direct and public incitement to commit genocide was established in the UN Convention on the Prevention and Punishment of Genocide in 1948. The first (and thus far, only) convictions for the crime came fifty years later at the International Criminal Tribunal for Rwanda (ICTR). The ICTR’s incitement jurisprudence is widely recognized as problematic, but no legal commentator has thus far offered an adequate solution to one central contradiction, namely the Trial Chamber’s repeated claims of a causal connection between defendants’ speech and subsequent acts of genocide. Such claims imply that the commission of genocide is relevant to determining incitement, despite the fact that incitement is an inchoate crime and therefore only the speaker’s intention matters. Drawing upon J.L. Austin’s ordinary language philosophy, the article disentangles the intention of the speaker from the consequences of speech acts. In determining incitement to commit genocide, international law might differentiate between three aspects of performative utterances, or what Austin terms the "locutionary" (the meaning and content), the "illocutionary" (its force) and the "perlocutionary" (the consequences) qualities of speech acts. Specific intent to commit genocide is found in the content, meaning and force of speech acts, rather than in consequences, which can be an unreliable guide to intention. By using this template, international tribunals might better distinguish modes of liability that require causation (such as instigating) from inchoate crimes such as direct and public incitement to commit genocide, where the meaning and the force of public statements is paramount. Other benefits of this approach include refocusing attention on the prevention of genocide and clarifying and narrowing the range of impermissible speech.