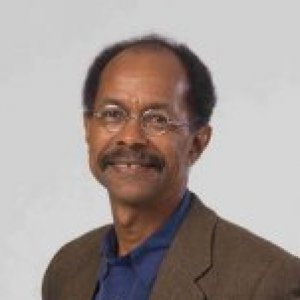 Professor Boswell has written extensively in the field of immigration law and is the author of 10 books and more than 15 articles. His books include Immigration Law & Procedure: Cases and Materials (4th ed. 2010), Refugee Law & Policy: a Comparative and International Approach (4th Ed. 2011) (coauthored with Karen Musalo and Jennifer Moore) and Essentials of Immigration Law (3rd ed. 2012). He has testified on numerous occasions before congressional committees and is a frequent lecturer on immigration law both nationally and internationally. Most recently he has served as Special Master for the U.S. District Court for the Eastern District of California in Catholic Social Services, et al. v. Napolitano, a class action involving the 1986 immigration amnesty.

As one of the founders of the Clinical Education Association, he served as its President in 1994. He served as coeditor-in-chief of the Clinical Law Review (1997-2002) and remains as an ex-officio member of its Board of Editors. The Clinical Law Review is a peer reviewed law journal of the Clinical Legal Education Association (CLEA), the New York University Law School and the Association of American Law Schools (AALS). In addition to his work in clinical legal education, Professor Boswell has worked on rule of law/justice projects in Central Asia, Colombia, Guatemala, Palestine, Venezuela and most recently in Haiti. His current scholarly work involves a comparative study of the immigration laws of more than seven countries covering a broad range of legal systems. 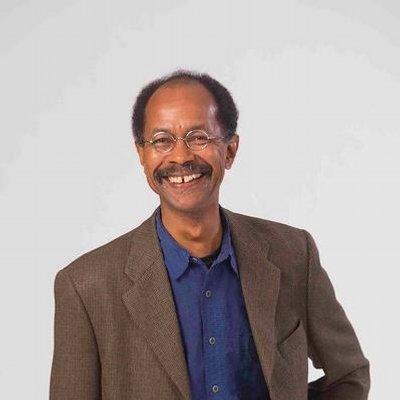 Deferred action is not a pathway to citizenship, said Boswell. "It's a temporary reprieve," he said. "It gives people the opportunity to come out of the shadows -- attend school, get a California drivers license." For most of these students, their only hope for citizenship is comprehensive immigration reform, which may be on the horizon, Boswell said. Congress came close last year when the Senate passed a bill that would have allowed green cards for immigrants meeting certain criteria, but lacked House support, he said...

Petition to Deport Bieber: Is Justin Bieber getting special treatment

As with all deportations, the president has the “inherent power to choose which cases to act on,” said Richard A. Boswell, immigration law professor at the University of California’s Hastings College of the Law. It’s called “prosecutorial discretion.” But fortunately for Bieber — and possibly the President who would upset millions of teen fans — is that his DUI is not a deportable offense. His vandalism charge probably isn’t either. His assault charge might be, experts say...

Should Obama use the power of his pen to turn the tide on immigration reform?

Using prosecutorial discretion, the executive branch has the "inherent power to choose which cases to act on," Richard A. Boswell, an immigration law professor at the University of California's Hastings College of the Law, told CNN...

Obama said he can't stop deportations of immigrants, but maybe he can

Richard A. Boswell, immigration law professor at the University of California's Hastings College of the Law, said the President is "partially correct." It's called prosecutorial discretion. The executive branch has the "inherent power to choose which cases to act on," Boswell said. Think of the police. They can theoretically give someone driving four miles over the speed limit a ticket, but the police officer also has the ability to use discretion to give a warning instead...

“Frank Wu is a brilliant, world-class scholar and national leader in higher education. He was selected because of his powerful strategic vision for raising our 131-year-old law school to a new level. He has the experience and commitment to develop unprecedented private support for the College,” said Bruce Simon, Chair of the Board of Directors of Hastings and co-chair of the Dean Selection Committee, along with Professor Richard Boswell. “With today’s significant fiscal challenges, UC Hastings needs dynamic, top-flight leadership fully engaged in the legal and greater community at large.”...

Crafting an Amnesty with Traditional Tools: Registration and Cancellation

Immigration amnesty while widely believed to be an anomaly has strong historical precedent, and is found in various provisions of the current immigration law. Large numbers of undocumented persons are currently residing in the United States and amnesty is one way of bringing these people out from under the shadows. This article argues that in order for an amnesty to be effective that it must be both uncomplicated and broad. The article argues further that a careful updating of registry and cancellation of removal, two traditional tools found in U.S. immigration laws offer the best possibility for a successful amnesty program.

Racism and US Immigration Law: Prospects for Reform after 9/11

Racism, racial discrimination and xenophobia are not naturally instinctive reactions of the human beings but rather a social, cultural and political phenomenon born directly of wars, military conquests, slavery and the individual or collective exploitation of the weakest by the most powerful all along the history of human societies.

Throwing Away the Key: Limits on the Plenary Power

In the spring of 1980, at the same time that the United States Congress enacted the Refugee Act of 1980, the Carter Administration began admitting a large number of refugees from Cuba under its parole authority. This occurred despite the fact that Congress, by enacting the Refugee Act, expected to both change the way that refugees were admitted into the country and limit the role of politics in their admission. The arrival and subsequent treatment of these Cuban refugees in America highlight the consequences of allowing politics to dominate what essentially must be a humanitarian act.

The subject of public benefits and its intersection with immigration law has been a topic of much discussion since the enactment of the earliest immigration laws. The political debate that has become a major topic in recent elections is not at all new to American politics. Public benefits and alien eligibility have been at issue for nearly as long as there has been a discussion of border enforcement. At the center of this discussion is whether or not there really is an illegal immigration crisis, and whether or not there is widespread abuse of public benefit programs by foreigners in the United States.