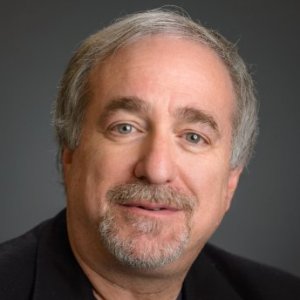 
Rick Eckstein, PhD, is an expert in sports and society, youth sports, gender and sports, intercollegiate spending and stadium financing.

Dr. Eckstein is an expert on the evolution of youth sports to its elite culture and pay to play framework. In addition, he can discuss the gender inequalities that still exist in sports, even with Title IX. He has data-driven criticism of higher education's spending priorities, particularly related to athletics. Eckstein can also discuss the construction of publicly financed sports stadiums.

Rick Eckstein, a Villanova University sociology professor who co-wrote a book about public financing of stadiums, said that sports teams are typically much more sophisticated than the cities and counties with whom they negotiate stadium deals. “The teams are always about two or three steps ahead of the municipalities in being clever,” Eckstein said.

William “Rick” Singer ran a tight operation. For years, he and his team churned out the bribes and lies at the heart of his college admission scam without getting caught. …“This process was set up to be exploited by unscrupulous people,” said Rick Eckstein, a sociology professor at Villanova University and an expert on the high-school-to-college athletic pipeline.

Some wealthy owners of U.S. major-league sports teams may have to put up more of their own money to fund stadium construction under a tax bill proposed by U.S. House of Representatives Republicans, but the overall impact could be slight, sports economists said … “I‘m sure the teams will be in a lather but, based on experience, if the cities/counties/states want to subsidize the stadium they’ll figure out some way,” Rick Eckstein, a sociology professor at Pennsylvania’s Villanova University, wrote in an email.

In scandal after scandal, NCAA takes fall for complicit colleges

By Rick Eckstein, Professor of Sociology, Villanova University: College sports fans probably weren’t surprised to learn that the University of North Carolina (UNC) had been engaged in academic fraud for decades. In this particular instance, students, predominately varsity athletes, were enrolled in classes with few (if any) academic requirements.

Until youth soccer is fixed, US men’s national team is destined to fail

David beating Goliath is very exciting – unless you’re a fan of Goliath. The United States has 330 million people and a massive youth soccer system, yet its men’s national soccer team just got bushwhacked by a team from Trinidad and Tobago, a country with 1.3 million residents. How could this happen?

When the Warriors walk away from Oracle Arena in 2019 to move into their new home in San Francisco, Oakland will take a hit to its psyche and, potentially, its pocketbook. The sparkling cylindrical building will always hold a special place in the hearts of fans — it’s where the Warriors made history last week by breaking the NBA record for wins in a season. … “If they can’t get what they need in an existing arena, they ask to leave,” said Rick Eckstein, a sports economist at Villanova University in Pennsylvania

Column: Harrison fumbles away a life lesson for his sons

James Harrison made his kids give their trophies back. There's no reward, the Pittsburgh Steelers linebacker insisted, just for showing up. Sorry, James, you got that one wrong. … "Participation in youth sports has been declining steadily over the last decade," said Rick Eckstein, a sociology professor at Villanova University. "If giving kids a trophy for showing up and trying to improve keeps them involved, then it is a good thing."

The Surprising Face of Racist Attitudes

Journal for Peace and Justice Studies