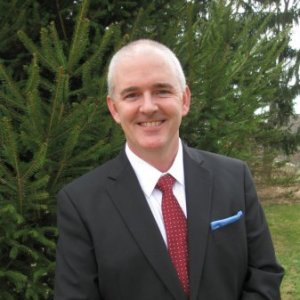 Dr. Relyea completed his PhD at the University of Michigan in 1999 and then spent the next 15 years as a professor at the University of Pittsburgh, where he also served as the director of the Pitt field station, The Pymatuning Lab of Ecology. In 2014, he moved his research group to Rensselaer to become the Director of the Darrin Fresh Water Institute and the Director of The Jefferson Project at Lake George. 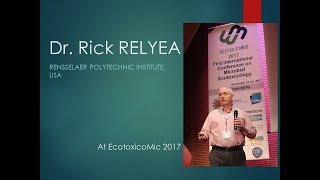 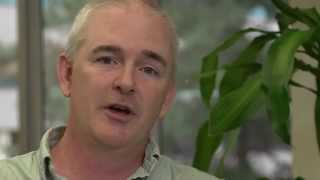 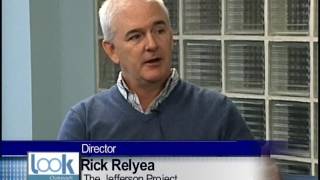 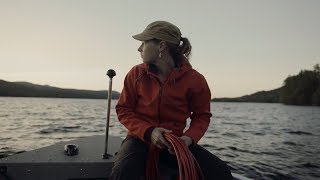 How IBM is using smart sensors and computer modeling at Lake George, NY

IBM Research is working with partners from the Rensselaer Polytechnic Institute and The Fund for Lake George to place IoT-based sensors around Lake George, in New York, in order to monitor threats such as pollution from road salt, invasive species and excess nutrients.

'The Jefferson Project' aims to solve water problem in Syracuse

In 2013, the FUND for Lake George came together with IBM and RPI to create a sophisticated network of sensors designed to keep what Thomas Jefferson dubbed as the most beautiful water he ever saw, well, beautiful.

Can Road Salt and Other Pollutants Disrupt Our Circadian Rhythms?

At Rensselaer Polytechnic Institute, my colleague Rick Relyea and his lab are working to quantify how increases in salinity affect ecosystems. Not surprisingly, they have found that high salinity has negative impacts on many species. They have also discovered that some species have the ability to cope with these increases in salinity.

The Hidden Dangers of Road Salt

“It has a really widespread number of effects on the whole food web or ecosystem,” says Rick Relyea, a professor of biological sciences at Rensselaer Polytechnic Institute. Relyea has studied how road salt runoff impacts lakes as part of the Jefferson Project at Lake George in New York state.

The effect of a common pyrethroid insecticide on wetland communities

2019 Within the past decade, the use of pyrethroid insecticides has drastically increased. While they are known to be directly toxic to aquatic organisms, based primarily on lab experiments, they are not expected to commonly contaminate aquatic ecosystems given their high binding affinities to organic material. However, increasing evidence suggest that pyrethroids do enter aquatic ecosystems via direct application, drift, and run-off. Despite the risks of these highly toxic chemicals, the full suite of direct and indirect effects of pyrethroid insecticides in wetland communities are not well understood. To address this gap, we examined the direct and indirect consequences of a common pyrethroid, permethrin, in complex aquatic mesocosms consisting of three trophic levels and 13 animal species. We found that permethrin was more lethal than laboratory toxicity assays suggest. Even the lowest concentrations of permethrin led to declines and extinctions in animals species across multiple trophic levels. The only animal species not negatively affected by permethrin were snails (Helisoma trivolvis and Physa acuta) and red-spotted newts (Notophthalmus viridescens). We also found that the direct effects of permethrin on anurans triggered indirect effects that facilitated periphyton abundance and increased the mass of those anurans that survived. As the use of pyrethroid insecticides continue to increase, understanding the direct and indirect effects of these insecticides on aquatic systems is critical to developing generalizations about their overall impact.

Philosophical Transactions of the Royal Society B

2018 Recent discoveries have documented evolutionary responses to freshwater salinization. We investigated if evolutionary responses to salinization exhibit life-history trade-offs or if they can mitigate ecological impacts such as cascading effects through mechanisms of tolerance and cross-tolerance. We conducted an outdoor mesocosm experiment using populations of Daphnia pulex—a ubiquitous algal grazer—that were either naive or had previously experienced selection to become more tolerant to sodium chloride (NaCl). During the initial phase of population growth, we discovered that evolved tolerance comes at the cost of slower population growth in the absence of salt. We found evolved Daphnia populations maintained a tolerance to NaCl approximately 30 generations after the initial discovery. Evolved tolerance to NaCl also conferred cross-tolerance to a high concentration of CaCl2 (3559 µS cm−1) and a moderate concentration of MgCl2 (967 µS cm−1). A higher concentration of MgCl2 (2188 µS cm−1) overwhelmed the cross-tolerance and killed all Daphnia. Tolerance to NaCl did not mitigate NaCl-induced cascades leading to phytoplankton blooms, but cross-tolerance at moderate concentrations of MgCl2 and high concentrations of CaCl2 mitigated such cascading effects caused by these two salts. These discoveries highlight the important interplay between ecology and evolution in understanding the full impacts of freshwater salinization.

Regulations are needed to protect freshwater ecosystems from salinization

Philosophical Transactions of the Royal Society B