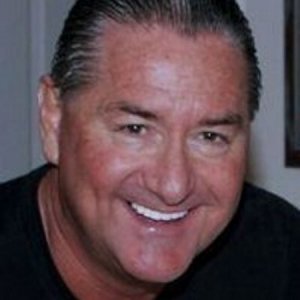 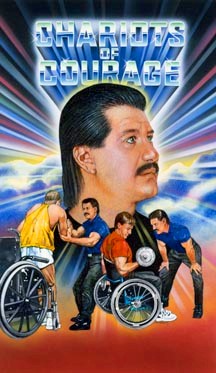 “Shot, Stabbed, Punched, and Piped, yet, Lives a Great Life in Paradise with Absolutely No Regrets!”

Rico Marciano lives an extraordinary life, overflowing with passion, an award winning career, and many Adventures in Paradise. As a young athlete, played on championship teams in every sport, learning the value of mental discipline, Physical Conditioning, and a winning mindset.

"An Individual may be Great, but a Team United is Unbeatable!"

As a Media Fitness Personality.
ABC, NBC, CBS, FOX, and the Palm Beach Post, honored his work with many inspiring tributes, and Body by Jake invited him to perform the motivational segments on his National Television Show, Healthy Lifestyle Solutions. Voted "Man of the Week" by Fox7 television in Miami.

He wrote and produced the Award-Winning, Motivational Documentary, Chariots of Courage, an inspiring story about the tragedies and triumphs of his disabled clients in wheelchairs. Recently, he authored an expanded book version of the same title, to be launched in 2014. Wrote, hosted, and produced the Award-Winning Talk Radio Show, “Rico, Motivational Fitness”, sponsored by MetRx.

As a charismatic entertainer, he performed in nightclubs, theater, TV, Radio, and film.

Rico’s Life is . . . a Motivational Message.

Chariots of Courage is an award winning motivational documentary, about the tragedies and triumphs of my disabled clients in wheelchairs.

Who's Who in America (professional)

Honored for Outstanding Achievement in Fitness.

Who's Who Worldwide (professional)

Honored as a Global Leader in Fitness.

Won the Chip Van Wanderham Achievement Award in Fitness, for my work with the disabled. The award is presented annually to an outstanding fitness professional at the West Palm Beach Bodybuilding Championships by Frank Dalto, the National Physique Committee Promoter of the show.

Trainer of the Year (professional)

NBC, ABC, CBS, FOX, and The Palm Beach Post, have honored my work, and my clients--with many inspiring stories for over 20 years! Thank-you all, and let's toast to the next 20 years!

Chosen to do the motivational segments on Body by Jake's television show "Healthy Lifestyle Solutions", which ran throughout 2001.

The Communicator Award of Distinction in Talk Radio. (professional)

The Communicator Award of Distinction in Film and Video (professional)

This interactive seminar reveals both the definition of success, and the key to success. It will help you change mindsets, overcome obstacles in your life, and succeed in fitness, business, and relationships.