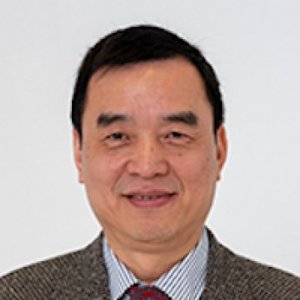 Professor and Chair, Department of Neuroscience | University of Connecticut


Professor Yan is an expert in neurodegenerative diseases, specializing in identifying the biological culprits behind Alzheimer’s disease.

Professor Yan researches potential treatments for Alzheimer's that get to the core of the physiological processes responsible for the disease which is the sixth highest cause of death in the United States. The neurodegenerative disorder which results in memory loss, is caused by a buildup of a peptide called beta amyloid. The peptide forms a plaque in the brain by inhibiting brain cells’ functions and ability to communicate with each other.

BACE1, discovered by Yan 20 years ago, is an enzyme that plays a crucial role in enabling the formation of beta amyloid. BACE1 cleaves the amyloid precursor protein; this creates a protein fragment that remains to anchor onto the cellular membrane of neurons – brain cells. That fragment is then cleaved a second time by another enzyme and gives rise to beta amyloid. It is widely recognized that inhibition of BACE1 may treat Alzheimer’s disease. Yan is seeking to find a way to properly inhibit BACE1 and thus block the formation of beta amyloid by interfering with the first step in its formation.

The Yan lab is also interested to explore the pathological developments associated with the neuritic dystrophy and identified proteins such as tubular endoplasmic reticulum proteins in the formation of dystrophic neurites in surrounding amyloid plaques. The presence of dystrophic neurites is highly relevant to cognitive impairments in AD patients. The ultimate pathological feature in AD is the neuronal loss. Yan and his team are exploring approaches to reverse neuronal loss in AD patients. Recently, Yan and his colleagues have now identified a small fragment in the C-terminal CX3CL1 may potentially help AD patients to prevent or reverse the neuronal loss.

Recipient of the most prestigious award for Alzheimer’s research. 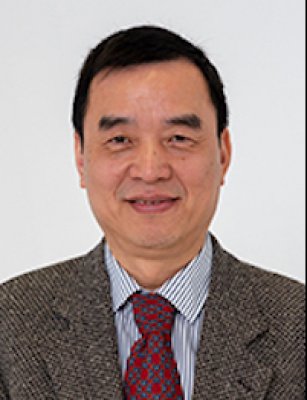 Cleveland Clinic researcher Riqiang Yan, Ph.D., an author on the study, told ABC News that in the mouse model, the gene that produces the enzyme was deleted, completely stopping the enzyme's production. But in humans, it’s unlikely that BACE1 inhibitors would totally halt the enzyme's production, Yan said. Nonetheless, five BACE1 inhibitors are being tested in human subjects currently, Yan added. “BACE1 inhibitors are still hopeful for AD patients if they have no unwanted side effects or can be tolerated for long-term use,” Yan said. Yan added researchers are currently in phase II and, in some cases, phase III clinical trials for the various compounds...

UConn School of Medicine has named Riqiang Yan, Ph.D. an expert on Alzheimer’s disease, as chairman of the neuroscience department. Yan, who comes from the Cleveland Clinic, will establish the medical school’s first research laboratory dedicated to studying and potentially discovering new treatments for Alzheimer’s and other forms of neurodegenerative disease...

2019 The membrane-anchored CX3CL1 is best known to exert its signaling function through binding its receptor CX3CR1. This study demonstrates a novel function that CX3CL1 exerts. CX3CL1 is sequentially cleaved by α-, β-, and γ-secretase, and the released CX3CL1 intracellular domain (CX3CL1-ICD) would translocate into the cell nucleus to alter gene expression due to this back-signaling function. Amyloid deposition and neuronal loss were significantly reduced when membrane-anchored CX3CL1 C-terminal fragment (CX3CL1-ct) was overexpressed in Alzheimer's 5xFAD mouse model.

2019 Alzheimer's disease (AD) is characterized by the presence of neuritic plaques in which dystrophic neurites (DNs) are typical constituents. We recently showed that DNs labeled by antibodies to the tubular endoplasmic reticulum (ER) protein reticulon-3 (RTN3) are enriched with clustered tubular ER. However, multi-vesicle bodies are also found in DNs, suggesting that different populations of DNs exist in brains of AD patients.

A Close Look at BACE1 Inhibitors for Alzheimer's Disease Treatment

2019 Alzheimer's disease (AD), the most common cause of age-dependent dementia, is one of the most significant healthcare problems worldwide. Aggravating this situation, drugs that are currently US Food and Drug Administration (FDA)-approved for AD treatment do not prevent or delay disease progression. Therefore, developing effective therapies for AD patients is of critical urgency.

2019 Disturbed neuronal cholesterol homeostasis has been observed in Alzheimer disease (AD) and contributes to the pathogenesis of AD. As the master switch of cholesterol biosynthesis, the sterol regulatory element-binding protein 2 (SREBP-2) translocates to the nucleus after cleavage/activation, but its expression and activation have not been studied in AD which is the focus of the current study.

2018 Reticulon 3 (RTN3) is an endoplasmic reticulum protein that has previously been shown to play a role in neurodegenerative diseases, but little is known about its role in lipid metabolism.