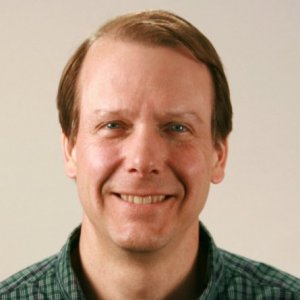 
Rob Neal is an expert in risk management, derivatives and investment management.

As an economist at the Federal Reserve Bank, Robert Neal first became interested in understanding how the economy and other factors influenced corporate profits. Today, as a professor of finance at the Kelley School of Business Indianapolis, he has expanded his areas of business expertise to include risk management, derivatives and investment management.

In addition to assessing how companies measure and manage their risk exposures, Neal also investigates how firms can make sensible risk and return tradeoffs for strategic and operational decisions.

A member of the Kelley Indianapolis faculty since 1996, Neal believes the Kelley school is one of the best places in the nation for research, primarily due to its size and emphasis on and encouragement of cross-disciplinary research projects.

Neal has served as a consultant for a variety of firms and organizations, including Bank One Financial Services, the Hoosier Lottery, RiskMetrics Group, the CFA Society of Indianapolis, and the Jakarta Stock Exchange.

SCHERERVILLE | Every year, the Indiana University Kelley School of Business rolls into Teibel's Restaurant in Schererville for its annual Economic Outlook, and every year of late it's been the same projection. Expect more slow growth next year. "It's our own version of 'Groundhog Day,'" said Robert Neal, an associate professor of finance at the Kelley School of Business at Indiana University in Indianapolis. "We're stuck in the same low-growth economy over and over again."

SCHERERVILLE — A quartet of Indiana University economists reviewed a persistently good-but-not-great economic recovery Friday on the third stop of a 10-stop Economic Outlook tour around the state. Three professors from IU Bloomington and one from IU Northwest delivered their annual economic outlook during a meeting of the Lake County Advancement Committee at Teibel’s Restaurant. “The good news is the bad news doesn’t look too bad; the bad news is the good news doesn’t look too good,” said Robert Neal, a professor of finance in IUB’s Kelley School of Business. The Kelley school forecast predicts U.S. gross domestic product growth of about 2 percent in 2017, near the norm since the Great Recession. Neal said the first four years after a recession typically see a total of 17 percent growth in GDP; the first four years after the last recession saw about 7 percent growth. “That’s a lot of money,” Neal said.

2015 While the authors were supportive of the Fed's liquidity policies during the financial crisis, they are concerned that the aggressive monetary policies in the following years have become counterproductive and pose a material risk to the investment portfolios. Last year, they predicted that the 2015 financial markets would be driven more by earnings than by concerns about whether politicians can agree with each other. They forecast that the stock market would have a below-average but still positive return.

The Journal of Derivatives

2015 Corporate credit spreads narrow when the general level of rates is high, but the effect appears to go well beyond what can be justified by firm-specific and marketwide credit conditions. In this article, the authors argue that the phenomenon is largely a statistical artifact caused by failure to take account of cointegration between Treasury and corporate yields. Using a generalized impulse-response approach and conditioning on the current level of rates, they find that large shocks to the Treasury curve do not produce significant changes in credit spreads, either contemporaneously or out to three years in the future. Among other things, this empirical result calls into question assumptions commonly made in theoretical models of corporate credit risk.

2009 Using a large sample of option granting firms, some of which were investigated for option grant backdating, we develop a predictive model for such investigations and examine how the capital market responded as the backdating scandal unfolded. Firms that were investigated experienced significant stock price declines from the beginning of the Wall Street Journal's Perfect Payday series through the end of 2006. Firms predicted to have backdating problems, but not the subject of publicly revealed investigations, experienced stock price performance during the same period that was remarkably similar to that of firms with publicly revealed investigations. In contrast, firms not predicted to have backdating problems experienced normal stock price performance. Our results suggest that capital markets disciplined companies with suspicious option grant histories, often prior to, and irrespective of, any public revelation of an investigation into the matter.