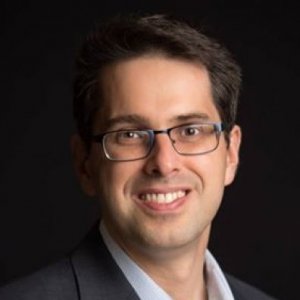 Is a four-day workweek on the horizon?

Robert was editor in chief of the American Business Law Journal in 2012-13, publishing the 50th anniversary issue. He also served as administrative editor, articles editor, senior articles editor, and managing editor from 2006 through 2012. Robert is also a manuscript reviewer for several journals, including the Journal of Business Ethics, Journal of Public Policy and Marketing, Journal of Legal Studies Education, Journal of Management and Governance, and Law and Society Review, among others. 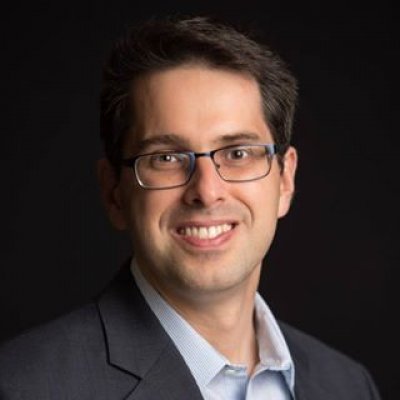 Robert C. Bird is a professor of business law at the University of Connecticut’s School of Business. He said, ‘’Workplace bullying is an important problem for any organization, and leaders must be proactive in addressing problems that could lead to bullying at work. ‘’Bullying can happen in the form of sexual harassment or race discrimination, for example, and be the fuel for a costly lawsuit against the company that brings unwelcome publicity,’’ he predicted.

In addition to Connecticut, several other parties have also appealed Drain’s approval of the settlement plan. Other opponents include the U.S. Trustee, Maryland, Washington state and the District of Columbia. “While the appeals might create a more just settlement, it would be a settlement that would be farther off,” said Robert Bird, a professor of business law at the University of Connecticut. “It would take more time. That’s a concern that the beneficiaries (of the settlement plan) and courts might have, formally or informally, as the appeals wind their way through the courts.”

“A five-day workweek was never a given,” Robert Bird, a professor of business law at the University of Connecticut, told The Washington Post, adding that unions fought hard to scrap the six-day workweek norm in the early 1900s. “A five-day workweek was never something that was unchangeable or immutable.” A four-day workweek movement made headway in the 1970s, and some believed its adoption was inevitable before momentum dissipated. But five decades later, in the face of a labor shortage, a massive bout of quitting, as well as more than a year of work-from-home and increased flexibility for many workers, Bird, like other experts around the world, said he thought there is a chance for the idea to stick.

There are other benefits to the four-day policy. For one, it enables companies to save on costs related to running the physical office one day a week, suggested Robert C. Bird, professor of business law at the University of Connecticut, who has published research on the topic. “The four-day work week is not for every organization, but for those with sufficient flexibility it can be a win-win for employers and employees,” the professor said.

According to Robert S. Bird, professor of business law at the University of Connecticut, Google’s announcement was not inspired by the ongoing protests around the country calling attention to historic social inequities, but appears to have been spurred by HUD’s March 2019 decision to file charges against Facebook for encouraging and enabling housing discrimination through its advertising platform, an action that HUD stated was in violation of the Fair Housing Act. The lawsuit is still pending and the social media giant changed its policies shortly after litigation was filed.

"[For example,] it is illegal to treat someone differently because of their ancestry, especially Asian-American ancestry, due to the false stereotype that such employees are more likely to have COVID-19," said Robert Bird, professor of business law at the University of Connecticut. Additional pitfalls exist in official guidance too. "Employment laws are rapidly developing as they apply to COVID-19 but the full force of state and federal employment laws still apply," Bird said.

Legal Protections for Transgender, Nonbinary and Gender-Nonconforming Employees: What You Need to Know

"Companies can promote transgender inclusion by hiring transgender people. Firms can do this by encouraging applications from a diverse range of applicants, and promoting the company, and its job openings, in places where transgender persons might be exposed to the advertisement. However, at the end of the hiring process, employers should always hire the best person for the job based on objective job-related criteria," said Robert C. Bird, professor of business law and Eversource Energy Chair in Business Ethics Marketing at the University of Connecticut. "Just as employers should not attempt to impose hiring quotas of women and other groups, firms should not hire transgender employees specifically because of their status. This could potentially trigger a state or federal discrimination claim by excluded persons if a protected class (race, color, religion, gender, disability) is implicated."

What Do We Make of Anti-Vaxxers In the Time of Coronavirus?

Although they’re a small segment of the population, anti-vaxxers are masters at persuasive messaging. This is because they’re agile, they respond quickly to social media, and adapt messages rapidly to what the market demands, says Robert Bird, a professor of business law at the University of Connecticut who has studied the anti-vax movement

Instructors Weigh In on the Transition to Online Learning

Robert Bird is a professor of business law at the University of Connecticut, where he conducts research in compliance, employment law, legal strategy, intellectual property, law and marketing, business and human rights, and related fields. Robert has authored over 70 academic publications, including articles in The Journal of Law and Economics, the American Business Law Journal, Law & Society Review, Connecticut Law Review, Boston College Law Review, and the Harvard Journal of Law & Public Policy.

Why Having a Diverse Board Is Good for Business

"Boards can too easily slip into groupthink, where ideas are rarely challenged and the board does not update its own thinking," said Robert C. Bird, a professor of business law at the University of Connecticut.

British Drug Maker Indivior Indicted On Fraud And Conspiracy Charges In The U.S.

Opioids: Boston trial opens what could be year of reckoning for executives

Robert Bird, professor of business law at the University of Connecticut, said the balance of power has shifted away from big pharma to the public. “Over the next year, a day of reckoning is possible,” he said.

Caremark Compliance for the Next Twenty-Five Years

2020 One of the most influential cases in corporate governance is In re Caremark Inc. Derivative Litigation (Caremark). In 1996, Caremark imposed a novel duty on boards of directors to make a good faith attempt to implement and exercise oversight over obligations leading to liability. Breach of this minimal duty has been difficult for plaintiffs to plead and prove, and the caselaw is littered with dismissed Caremark lawsuits.

2020 Scientific research has a profound impact on formulation of public policy. However, legal research, often dependent on intermediaries to communicate scientific knowledge, is all too vulnerable to accepting science fiction as science fact. Too few legal scholars have highlighted this vulnerability, leaving the academy vulnerable to promoting public policy solutions that contradict the best science available.

2020 Science skepticism is on the rise worldwide, and it has a pernicious influence on science and science-based public policy. This article explores two of the most controversial science-based public policy issues: whether genetically modified foods are inherently unsafe and whether vaccines cause autism spectrum disorder. After evaluating the scientific credibility and discursive power of these claims, this article analyzes how changes in public opinion can shift public policy away from anti-scientific practices.

From Suspicion to Sustainability in Global Supply Chains

2020 Global supply chains power 80% of world trade, but also host widespread environmental, labor, and human rights abuses in developing countries. Most scholarship focuses on some form of sanction to motivate supply chain members, but we propose that the fundamental problem is not insufficient punishment, but a lack of trust.

2020 Global supply chains enhance value, but are subject to governance problems and encourage evasive practices that deter sustainability, especially in developing countries. This article proposes that the precontractual environment, where parties are interested in trade but have not yet negotiated formal terms, can enable a unique process for building long-term sustainable relations.