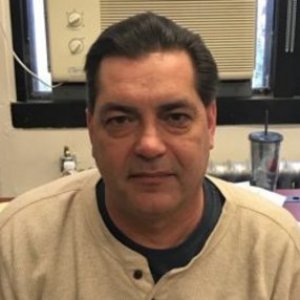 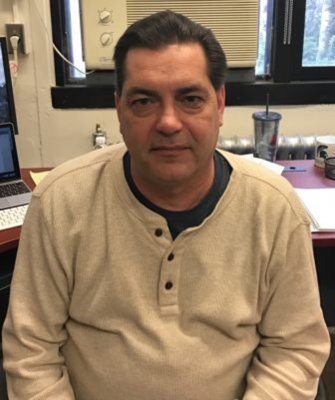 By working with scientists at the National Weather Service and National Oceanic and Atmospheric Administration, he's hoping to find better methods based on social, scientific and cognitive research that will cause people to react appropriately to storm and tornado warnings.

“Accidents and leaks happen,” Bob Drost, a professor in the Department of Earth and Environmental Sciences at MSU, said. “Some of the tribes have some particular issues right where the pipeline crosses the Missouri River. It would be devastating if something were to happen.” The pipeline is not directly on native land, but it crosses the Missouri River, which could be a threat to the tribes who have reservations close to it. “There are other tribes on the Missouri River.” Scott said. “It goes down to my reservation, the Winnebago in Nebraska, so if there was a leak it would come downstream to us.” Drost said that the most significant effect on the environment, however, will be during the construction phase of the Pipeline. “The pipeline isn’t going to be built in four weeks,” Drost said. “It’s going to be disturbed for a long period of time. Seasonal issues can come in place, especially migration and breeding. Once you take one little piece out of an ecosystem, it changes it. Do we have that guarantee that it’s going to be made as it once was?”

2016 Weather hazards in the United States inflict both personal and economic tolls on the public. Communicating warnings about weather hazards is an important duty of TV weathercasters. Televised weather warnings are typically conveyed through live radar, live coverage, and warning scrolls. However, these traditional approaches may not be entirely effective given the limited attention some members of the public pay to these warnings. A study comparing individual responses to a traditional warning, an animated warning, and an audio warning was undertaken to evaluate the impact of delivery methods on viewer attention, retention, and preferences during viewing of severe weather warnings. A Tobii T60 eye tracker was used to document visual interactions with on-screen warnings and surveys were used to collect evidence of warning retention and preference. Demographic variables were also collected to describe the study population. Results indicate that viewers of the animated warning retained more pertinent information about the tornado warning than viewers of the traditional warning, and retention during the traditional warning was equivalent to that of the audio warning. In addition, gaze patterns for the traditional warning were much more diffuse than for the animated warning, suggesting that attention was more focused on the animation than the live video. In addition, modifications to reduce visual complexity of traditional warnings may positively impact viewer attention to individual warning elements. Future studies will consider the effectiveness of a hybrid warning containing both traditional and animated components. The current research study can be used to advance current severe weather warning communication techniques and increase public awareness during severe weather events.

2015 Televised media is one of the most frequently accessed sources of weather information. The local weathercaster is the link between weather information and the public, and as such weathercaster characteristics, from vocal cadence to physical appearance, can impact viewer understanding. This study considers the role of weathercaster gesturing on viewer attention during weather forecasts. Two variations of a typical weather forecast were viewed by a total of 36 students during an eye tracking session. The first forecast variation contained physical gestures toward forecast text by the newscaster (Gesture condition) while the second variation contained minimal gesturing (No Gesture condition). Following each eye tracking session, students completed a retention survey related to the forecast. These data were used to identify areas of interest to which students attended during viewing and to ascertain how well the forecast was retained across the gesturing treatments. Study results suggest that the weathercaster’s gesturing during forecasts may have induced confusion among participants, but did not affect retention of the weather information investigated in the study. Gesturing diverted attention from other areas of interest within the forecast by encouraging participants to focus on the weathercaster’s hands. This study indicates that minor modifications to weathercaster behavior can produce significant changes in viewer behavior.

Memory and Decision Making: Determining Action when the Sirens Sound

2013 Memories, both semantic, or learned knowledge, and episodic, or personal experiences, play an important role in an individual’s decision making under risk. In addition, varying levels of knowledge and experience exist in each individual. These memories enable individuals to make informed decisions based on previous knowledge or experience, and ultimately influence one’s behavior under risk. In this study, 49 undergraduate students participated in a 1-h, classroom-based experiment focusing on decision making. The sample contained n = 23 “episodic” participants, referred to as “high episodic,” who reported having personally experienced a tornado and n = 24 participants, referred to as “low episodic,” who had no reported tornado experience. Incomplete data reported by the remaining participants were not included in this study. All participants completed a decision-making task both before and after viewing a 5-min slideshow stimulus related to tornadoes and associated damage. This decision-making task prompted participants to describe the actions they would anticipate taking during an actual tornado warning. Prior to the stimulus, high episodic participants exhibited a marginally higher tendency to ignore a tornado warning than those participants without episodic (low episodic) memories. After the tornado stimulus, all participants reported a greater likelihood to engage in precautionary action than reported prior to the stimulus. It is also found that 1) those participants with low episodic memory showed greater precaution than the high episodic memory group, and 2) participants with greater knowledge of tornadoes showed the greatest gains in anticipated precautionary behavior. This study suggests that increasing a population’s general knowledge of tornadoes could result in greater individual precaution and overall safety during a tornadic event.