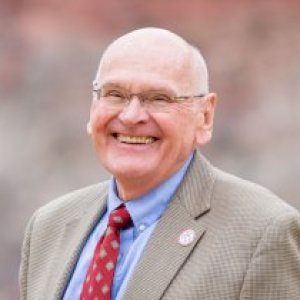 
Before his retirement, Robert Eves has accepted one more role as SUU's Interim Provost & Vice President for Academic Affairs 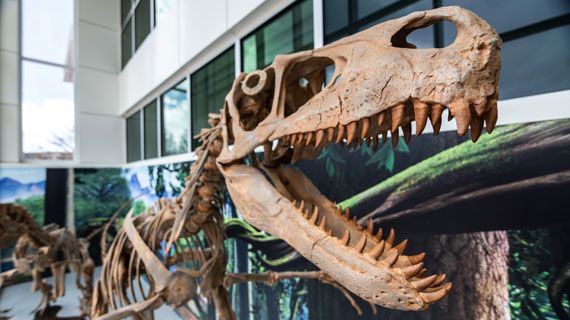 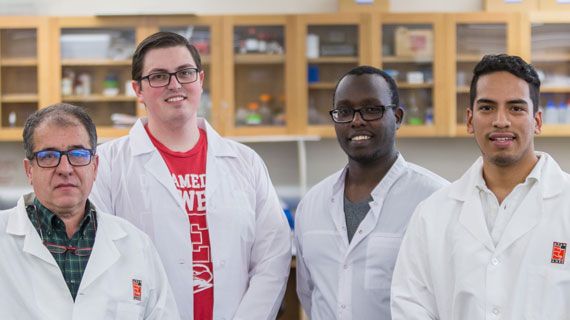 Before his retirement from Southern Utah University, Dean Robert Eves has accepted one more leadership role and will serve as SUU’s Interim Provost and Vice President for Academic Affairs. As Provost Brad Cook steps down to begin his new role as President of Snow College, Eves will begin his appointment on May 4, 2019, and continue until the search for SUU’s next Provost is concluded.

From his beginnings as an assistant professor of geology to the chair of the Department of Physical Sciences to the dean of the College of Science and Engineering, Eves has served SUU for 31 years. He plans to place the capstone on his academic legacy with the position of interim provost.

During his time as dean, SUU dedicated the L.S. and Aline W. Skaggs Center for Health and Molecular Sciences in the fall of 2011 and saw the completion of the new home of the geosciences program, the Mark and Julie Svoboda Geosciences Building in May 2019. 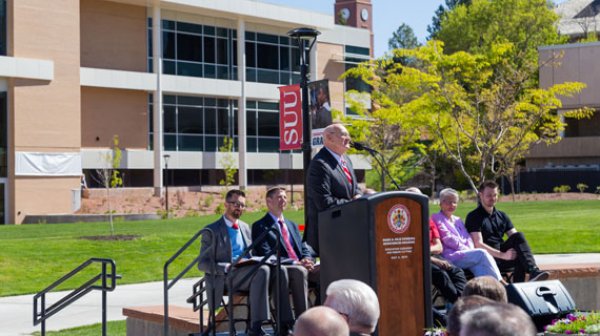 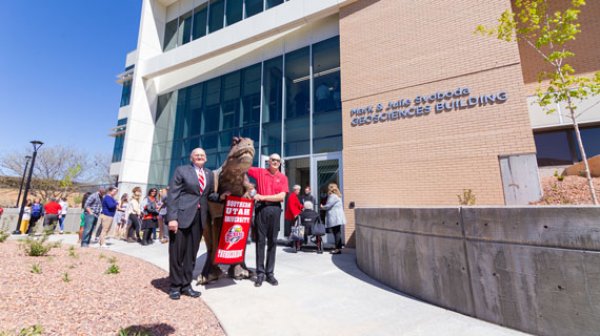 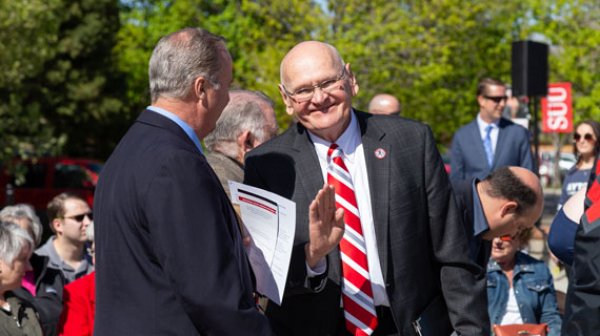 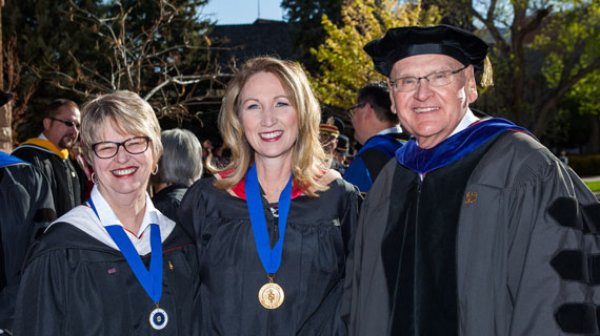 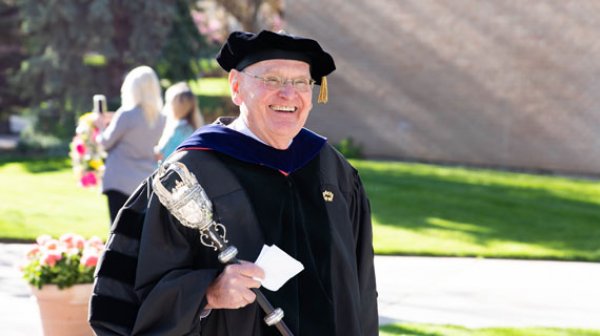 Before his retirement from Southern Utah University, Dean Robert Eves has accepted one more leadership role and will serve as SUU’s Interim Provost and Vice President for Academic Affairs. As Provost Brad Cook steps down to begin his new role as President of Snow College, Eves will begin his appointment on May 4, 2019, and continue until the search for SUU’s next Provost is concluded.

Eves, who was one of the first students at then-Southern Utah State College to graduate with a bachelor’s degree in geology, paid tribute during his remarks to the tutelage efforts of early department professors Blair Maxfield, Richard Kennedy and Fred Lohrengel.

Intermountain Healthcare Cedar City Hospital recently presented a check to Southern Utah University for $60,000 in scholarships for minority students as part of their Diversity in Nursing scholarship program.

“SUU is an ideal environment for multi-partner research collaboration,” said Robert Eves, dean of the Walter Maxwell Gibson College of Science and Engineering at SUU. “The university is interested in providing quality experiences for faculty and students and welcomes research collaboration.”

As an undergraduate student in the early eighties at, then, Southern Utah State College (SUSC), Robert Eves learned to appreciate the impact individual professors had on his academic and future success. Now, as the new dean of Southern Utah University’s College of Science, he’s looking to return the favor to the more than 1300 science majors currently on SUU’s campus.

SUU began a fundraising campaign for the center in 2010 to accommodate the expansion of the equestrian programs.
Robert Eves, SUU’s dean of the college of science and engineering, said the facility cost $560,000 to build, all paid for by donations from community members.

Robert Eves, dean of the College of Science and Engineering at SUU, said the university has helped train teachers in presenting what can be highly technical content to middle and high school students. The university has also developed activities for students, such as science fairs and Lego robotics.

"Our efforts here are directed at having confident teachers step into a STEM classroom and be able to inspire those students to be interested enough in STEM to pursue it into higher education," Eves said. "Once we get them into higher education, I think we can do a reasonably good job at getting them out of the other end of the pipeline."

When sedimentary host rock is heated as a result of coal seam fires, the host rock is pyro-metamorphosed (high temperature/ low pressure) resulting in the formation of paralava, a low-grade metamorphic rock formed adjacent to coal seams. This paper describes an outcrop locality of clinker (paralava) in the Upper Cretaceous Blackhawk Formation within the Book Cliffs coalfields of central Utah, which formed as the result of a coal seam fire.

2014
In 1947, delegates to the 14th National Convention of the Society of Sigma Gamma Epsilon established the W.A. Tarr Award in honor of William Arthur Tarr (1881-1939) and the awards were made by active Society chapters in the spring of 1948. William Arthur Tarr was the first editor of The Compass. W.A. Tarr was a professor of Mineralogy and Geology at the University of Missouri from 1911 to 1939, during which he was the faculty advisor to the Epsilon chapter of Sigma Gamma Epsilon.

2012
Research and recordings of dinosaur tracks and trackways in different areas of southern Utah.

2008
This paper examines what the speaker can do to avoid ‘death by PowerPoint’. The options of an alternative communication format or an alternative presentation tool are considered.

2007
According to Carl Sagan (1987), "Science is a way of thinking much more than it is a body of knowledge." Field studies and undergraduate research provide students with the best opportunities for "thinking" about science, while at the same time acquiring a body of knowledge. Natural History of Tropical Carbonate Ecosystems is a spring semester course cross-listed in biology, geology, and environmental studies, with a prerequisite of two semesters of introductory biology, geology, or environmental science. The purpose of the course is to provide from these three discipline areas an introduction to the unique ecology and geology of tropical-marine ecosystems with an emphasis on the Bahamas, including additional opportunities to investigate problems of human impact on tropical island marine and non-marine ecosystems and island karst hydrologic systems.

A general introduction to inorganic chemistry designed for family and consumer sciences, agriculture, nursing and other students who need only one year of basic chemistry

The EMT course is a basic training program for the first responder to the sick and injured. Course meets Utah state certification to work as an EMT in the state of Utah. Can be used for reciprocity in other states. Also recommended for police, fire, pre-med and nursing students.