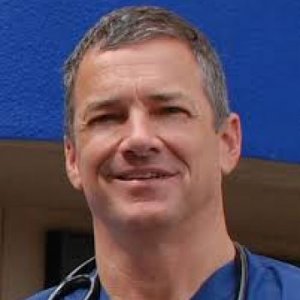 
Fuller has responded to nations battered by natural and manmade disasters -New York after 9/11, Haiti ; Philippines after a typhoon.

Dr. Robert Fuller, professor and chairman of the UConn Health Emergency Department, has been named one of the Connecticut Hospital Association’s 2010 "Healthcare Heroes."

Fuller was one of 10 Connecticut health care professionals so recognized for their work both in their field and in the community at large. He was among the first physicians to arrive in Port-au-Prince on a mission with the International Medical Corps following the earthquake that devastated Haiti in January.

Fuller is one of two physicians to be presented with Healthcare Hero Awards at the CHA’s annual meeting June 30.

Stritch Alumnus of the Year for Excellence in Community Service (professional)

Each year the Stritch School of Medicine presents Alumni of the Year awards to Stritch graduates who exemplify the values of a Stritch education including service to humanity, early career achievement, excellence in research and education, and care for the human spirit.

Every day, ordinary people make extraordinary contributions by putting their needs aside to help others in our community. The American Red Cross is honored to salute these unsung heroes. Your hero might be a lifeguard who saved a drowning child, an ordinary citizen who performed CPR when a stranger collapsed at a shopping mall, or someone who saved a neighbor’s beloved pets from a fire.

Dr. Rob Fuller is used to danger and crisis, and he’s one of those people who runs toward it, ready to pitch in and help by using not only his medical skills but also his mechanical skills and old-fashioned ingenuity. Never before has the danger been right in his backyard, surrounding everyone in the region, the state, the country, the world.

Dr. Robert Fuller visited five primary clinics in Puerto Rico Wednesday -- gong clockwise around the island from San Juan to Arroyo and then north to Caguas. Each of the clinics he visited had the same story: they were running on diesel power, using only small portions of their facilities to conserve power, and limiting their hours. Not one was able to shoot an x-ray. “This is why we’ll see some of the referral hospitals that are being supported with more intense resources... those referral hospitals will be swamped," said Fuller, a UConn physician on the island with International Medical Corps. "And they won’t necessarily be swamped with a lot of really sick people. They’ll be swamped with people that know there’s power and air conditioning and lights on and there’s an x-ray machine and they’ll go there and get their x-ray.”

Puerto Rico's looming medical crisis is 'about to explode'

Dr. Robert Fuller, an emergency medicine physician at University of Connecticut and International Medical Corps, has been in medicine for 27 years, and though he has arrived at the scene of disasters for a dozen years, the conditions in Puerto Rico were a surprise, he says.

Robert Fuller was loading his car with supplies in San Juan, getting ready to leave the battered capital for a trip inland to survey damage to local health facilities, when we caught up with him by phone. He’s traveled in other disaster-ravaged areas -- Haiti after the 2010 earthquake, and Indonesia after the 2004 tsunami. And while other disasters have seen heavy loss of life on the front end of the event, Fuller said the Puerto Rican situation is different.

Volunteering to save lives in Haiti

London, England (CNN) -- Sleeping in the open air under a mosquito net because earthquake aftershocks make being inside too frightening: It's not everyone's ideal way to use up their vacation. But that's exactly what American physician Dr. Robert Fuller did for two weeks in January following the devastating earthquake in Haiti. He was among the first foreign medical specialists to arrive at Port-au-Prince's largest hospital, three days after the January 12 earthquake hit. The head of emergency medicine at the UConn Health Center, Fuller was faced with around 800 patients in need of care as well as hundreds of bodies in the morgue of Haiti's University and Educational Hospital (HUEH) when he arrived.