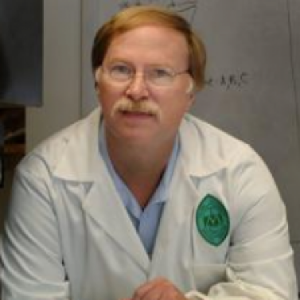 
Dr. Garry has published over 100 papers in the area of retrovirology

In 1983 Dr. Garry was appointed Assistant Professor of Microbiology and Immunology at Tulane University School of Medicine in New Orleans, Louisiana. In 1985 he was Visiting Professor of Pathology at the University of Southern California working with Dr. Suraiya Rasheed. Dr. Garry spent 1991 as a Visiting Professor of Molecular Biology at the University of Hamburg working with Dr. Gebhard Koch. Since 1993 he has been Professor of Microbiology and Immunology at Tulane Medical School. Dr. Garry has published over 100 papers in the area of retrovirology. Research in the Garry Laboratory focuses on a number of aspects of retroviral pathogenesis. Investigations have found that HIV induces a number of defects in plasma membrane ion transport, which could account for the loss of CD4+ T-cells in AIDS patients. Another research interest is the molecular characterization of an isolate of HIV from a patient who died of AIDS in 1969. This is the earliest confirmed case of AIDS in the United States. In addition, the lab has discovered a retrovirus named human intracisternal A-type retroviral particle (HIAP), which appears to be involved in systemic autoimmune diseases and idiopathic CD4 T-lymphocytopenia. More recently, the lab obtained evidence for the existance of a human endogenous retrovirus named human mammary tumor virus (HMTV), which is a close homolog of a virus which causes breast cancer in mice.

Dr. Garry is currently managing a consortium of scientists who are developing countermeasures, including diagnostics, immunotherapeutics and vaccines, against Lassa virus, Ebola and Marburg viruses, and other high consequence pathogens. Our team has produced Lassa fever and Ebola point-of-care and confirmatory diagnostics based on recombinant proteins. A combination of human monoclonal antibodies has been shown to rescue 100% of monkeys even when treatment is initiated at an advanced stage of disease. Studies on a combination Lassa fever and Ebola vaccine for use in West Africa have been initiated. Productive collaborations have been exploited to deepen understanding of the natural history of viral hemorrhagic fevers while providing training for West African scientists and further developing research and clinical trial infrastructure in Sierra Leone and Nigeria.

Many in West Africa May Be Immune to Ebola Virus

“It’s fair to say that some people are immune,” said Robert F. Garry Jr., a Tulane University expert in hemorrhagic fevers who works in Sierra Leone. “But we don’t know if it’s 1 percent or 2 percent or 20 percent.”

"We were there working 10 years and then Ebola came here," said Dr. Robert Garry, a Tulane University professor and program manager of the consortium. "We’re not here to turn Lassa and Ebola into a kind of superweapon. It can do that on its own."

“This is worse than expected. I am fearful that it could get much worse,” said Robert Garry, a virologist and specialist in viral hemorrhagic fevers at Tulane University. Garry flew to Kenema Government Hospital last month with as much personal protective equipment (PPE) as he could carry, but he says they are running out fast.

2019 Serum from convalescent Lassa fever patients was previously shown to be ineffective as a source of protective antibodies in some early studies. Subsequently, monoclonal antibodies (MAbs) to the Lassa virus (LASV) glycoprotein produced by memory B cells of West African patients who survived Lassa fever were identified. Development of MAbs as potential Lassa immunotherapeutics was facilitated by structural studies and mutational analyses that identified protective epitopes on the prefusion form of the LASV glycoprotein.