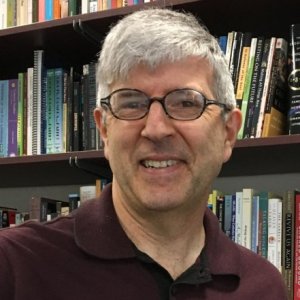 Robert A. Hurteau, Ph.D. is director of the Center for Religion and Spirituality and a former missionary who has continued right on since with a multitude of service-oriented roles in pastoral and theological fields with a keen focus on diversity.

Since becoming director in 2005, Dr. Hurteau has greatly expanded offerings in Hispanic theology and ministry, and worked in partnership with the Los Angeles African American Catholic Center for Evangelization to bring into existence a program in African American Ministry. He has been heavily involved in constructive dialogue between various religions and peoples, standing firmly in partnership with the Los Angeles Hindu-Catholic Dialogue, the Los Angeles Buddhist-Catholic Dialogue, and local initiatives for Jewish-Catholic relations.

Dr. Hurteau is a member (and past president) of the Association of Professors of Mission, and a volunteer with its sister organization, the American Society of Missiology, currently serving on its board of publications. He is currently a board member and president of the Federation of Pastoral Institutes (La Federación de Institutos Pastorales), and a member of the California Catholic Conference (CCC) education committee.

Dr. Hurteau authored "A Worldwide Heart: The Life of Maryknoll Father John J. Considine" (Orbis 2013), a biography on Maryknoll missionary John Considine that offers a look into the U.S. Catholic missionary movement in the twentieth century.