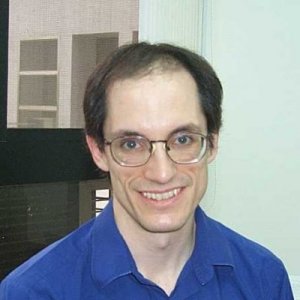 On the vortex filament conjecture for Euler flows

2016 In this paper, we study the evolution of a vortex filament in an incompressible ideal fluid. Under the assumption that the vorticity is concentrated along a smooth curve in $\ mathbb {R}^ 3$, we prove that the curve evolves to leading order by binormal curvature flow.

2015 Motivated in part by models arising from mathematical descriptions of Bose-Einstein condensation, we consider total variation minimization problems in which the total variation is weighted by a function that may degenerate near the domain boundary, and the fidelity term contains a weight that may be both degenerate and singular. We develop a general theory for a class of such problems, with special attention to the examples arising from physical models.

2015 We study dynamics of interfaces in solutions of the equation ε□u+1εfε(u)=0ε◻u+1εfε(u)=0, for fεfε of the form fε(u)=(u2−1)(2u−εκ)fε(u)=(u2−1)(2u−εκ), for κ∈Rκ∈R, as well as more general, but qualitatively similar, nonlinearities. We prove that for suitable initial data, solutions exhibit interfaces that sweep out timelike hypersurfaces of mean curvature proportional to κκ.

Hydrodynamic limit of the Gross-Pitaevskii equation

2015 We study dynamics of vortices in solutions of the Gross-Pitaevskii equation i∂ tu= Δ u+ ϵ− 2 u (1−| u| 2) on ℝ2 with nonzero degree at infinity. We prove that vortices move according to the classical Kirchhoff-Onsager ODE for a small but finite coupling parameter ϵ.

On the regularity of timelike extremal surfaces

2015 We study a class of timelike weakly extremal surfaces in flat Minkowski space ℝ1+ n, characterized by the fact that they admit a C1 parametrization (in general not an immersion) of a specific form. We prove that if the distinguished parametrization is of class Ck, then the surface is regularly immersed away from a closed singular set of Euclidean Hausdorff dimension at most 1+ 1/k, and that this bound is sharp.