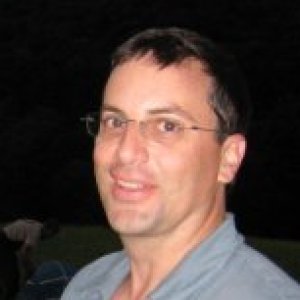 Mr. Robert Ord is the founder and President of Falken Industries. He is widely considered an expert regarding U.S. National Security and is often called upon to be an expert witness in criminal trials for domestic and international terrorism. He is also a recognized expert in Law Enforcement Defensive Tactics. He holds a 7th Degree Black Belt (Shihan) – Karate, Jujitsu, and Weaponry, and was inducted into the International Martial Arts Hall of Fame in 2000. Prior to establishing Falken in 2003, Mr. Ord was the Deputy Director for the United States Police Defensive Tactics Association, and a Deputy Sheriff with both the Collier County Sheriff’s Office in Naples, Florida, and the Culpeper County Sheriff’s Office in Culpeper, Virginia. His experience in Law Enforcement spans over 20 years with significant practice in curriculum development, tactical team deployment and counter intelligence.

Mr. Ord sat on the Board of Directors for the FBI’s InfraGard program and has been featured on CNN, The Washington Post, and CNBC. He has presented numerous specialized training programs to the Defense Intelligence Agency, the Defense Security Service, the Federal Bureau of Investigation, and other agencies. He is currently certified by the U.S. Army and the US Department of State to teach Unarmed Defensive Tactics to Military Police Officers and Special Agents in the Diplomatic Security Service. He has been appointed as a Special Conservator of the Peace by several Circuit Court Judges in Virginia, and thus is currently a sworn law enforcement officer. He is also a Virginia certified Law Enforcement Instructor in Defensive Tactics, Baton, and Firearms.

Law Enfocement Use of Force

I started, manage and currently direct all operations for mufti-million dollar security firm based in the Washington, DC metro area. I developed this company with than $1,000 dollars and grew it to have a global presence. I provide risk-aversion, threat assessments, security officers and Intelligence services to the largest defence contractors in the world.