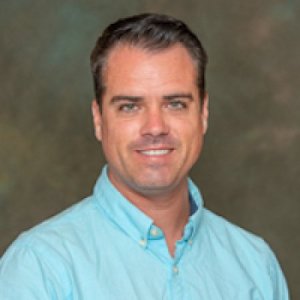 
Robert Quinn's current research is on how the human microbiome is a consortium of microorganisms living on and in our bodies.

As an assistant professor at Michigan State University I use multi-omics methods including metagenomics, metabolomics and classic microbiology approaches to understand the causes of dysbiosis in host-associated microbial communities. I have studied the microbiome of everything from salmon, to lobsters, to corals, to lungs to guts, to….whatever is next. I’m a huge sports fan and spend some of my spare time trying figure out how to apply advanced baseball statistics to microbiome research.

I was raised in Bancroft, Ontario, Canada in close proximity to Algonquin Park which sparked my early interest in biology through constant interaction with the outdoors.

I received my undergraduate and Master degrees in microbiology at the University of Guelph in Ontario, Canada. I then completed a PhD with Dr. Andrei Chistoserdov at the University of Louisiana at Lafayette studying the microbiome of Epizootic Shell Disease in the American Lobster. I completed my postdoctoral studies with Dr. Forest Rohwer at San Diego State University and Pieter Dorrestein at UC San Diego studying the cystic fibrosis lung microbiome, coral reefs and other complex microbial systems.

University of Louisiana at Lafayette: PhD, Environmental and Evolutionary Biology 2012

Increasing ocean temperatures due to climate warming are putting the world's coral reefs at risk of bleaching, a devastating process by which where once vibrant and colorful corals become a ghostly, skeletal white. Now scientists in Hawaii and Michigan think they know why some corals are susceptible to bleaching and others are not. Canadian scientist Robert Quinn, an assistant professor of microbiology at Michigan State University, spoke with Quirks & Quarks host Bob McDonald about what might be driving that crucial difference in how corals respond to the heat. Back in 2015, an extreme heating event that led to the bleaching of corals around the world created an opportunity for Quinn and his colleagues to study why some corals — even of the same species — turn white and others don't.

How well antibiotics work for cystic fibrosis patients may be affected by PH, oxygen

People living with cystic fibrosis spend their lives battling chronic lung infections resistant to antibiotic therapy. A one-size-fits all approach to wiping out the bacterium may not be the best approach for all patients with the disease, according to a new study led by Pieter Dorrestein, a professor at the University of California San Diego, and Robert Quinn, a Michigan State University researcher who conducted the research at UC San Diego.

2019 Studies of the cystic fibrosis (CF) lung microbiome have consistently shown that lung function decline is associated with decreased microbial diversity due to the dominance of opportunistic pathogens. However, how this phenomenon is reflected in the metabolites and chemical environment of lung secretions remains poorly understood.

2019 Fermenting food is an ancient form of preservation ingrained many in human societies around the world. Westernized diets have moved away from such practices, but even in these cultures, fermented foods are seeing a resurgent interested due to their believed health benefits. Here, we analyze the microbiome and metabolome of organically fermented vegetables, using a salt brine, which is a common ‘at-home’ method of food fermentation. We found that the natural microbial fermentation had a strong effect on the food metabolites, where all four foods (beet, carrot, peppers and radishes) changed through time, with a peak in molecular diversity after 2–3 days and a decrease in diversity during the final stages of the 4-day process. The microbiome of all foods showed a stark transition from one that resembled a soil community to one dominated by Enterobacteriaceae, such as Erwinia spp., within a single day of fermentation and increasing amounts of Lactobacillales through the fermentation process. With particular attention to plant natural products, we observed significant transformations of polyphenols, triterpenoids and anthocyanins, but the degree of this metabolism depended on the food type. Beets, radishes and peppers saw an increase in the abundance of these compounds as the fermentation proceeded, but carrots saw a decrease through time. This study showed that organically fermenting vegetables markedly changed their chemistry and microbiology but resulted in high abundance of Enterobacteriaceae which are not normally considered as probiotics. The release of beneficial plant specialized metabolites was observed, but this depended on the fermented vegetable.

2019 Pulmonary exacerbations are the leading cause of death in cystic fibrosis (CF) patients. To track microbial dynamics during acute exacerbations, a CF rapid response (CFRR) strategy was developed. The CFRR relies on viromics, metagenomics, metatranscriptomics, and metabolomics data to rapidly monitor active members of the viral and microbial community during acute CF exacerbations. To highlight CFRR, a case study of a CF patient is presented, in which an abrupt decline in lung function characterized a fatal exacerbation. The microbial community in the patient’s lungs was closely monitored through the multi-omics strategy, which led to the identification of pathogenic shigatoxigenic Escherichia coli (STEC) expressing Shiga toxin. This case study illustrates the potential for the CFRR to deconstruct complicated disease dynamics and provide clinicians with alternative treatments to improve the outcomes of pulmonary exacerbations and expand the life spans of individuals with CF.

2018 Complex microbial communities shape the dynamics of various environments, ranging from the mammalian gastrointestinal tract to the soil. Advances in DNA sequencing technologies and data analysis have provided drastic improvements in microbiome analyses, for example, in taxonomic resolution, false discovery rate control and other properties, over earlier methods. In this Review, we discuss the best practices for performing a microbiome study, including experimental design, choice of molecular analysis technology, methods for data analysis and the integration of multiple omics data sets. We focus on recent findings that suggest that operational taxonomic unit-based analyses should be replaced with new methods that are based on exact sequence variants, methods for integrating metagenomic and metabolomic data, and issues surrounding compositional data analysis, where advances have been particularly rapid. We note that although some of these approaches are new, it is important to keep sight of the classic issues that arise during experimental design and relate to research reproducibility. We describe how keeping these issues in mind allows researchers to obtain more insight from their microbiome data sets.

2017 Coral reef taxa produce a diverse array of molecules, some of which are important pharmaceuticals. To better understand how molecular diversity is generated on coral reefs, tandem mass spectrometry datasets of coral metabolomes were analyzed using a novel approach called meta-mass shift chemical (MeMSChem) profiling. MeMSChem profiling uses the mass differences between molecules in molecular networks to determine how molecules are related. Interestingly, the same molecules gain and lose chemical groups in different ways depending on the taxa it came from, offering a partial explanation for high molecular diversity on coral reefs.