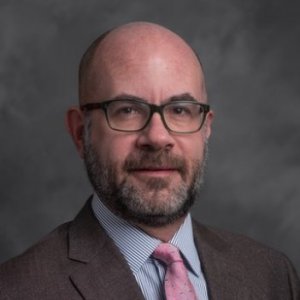 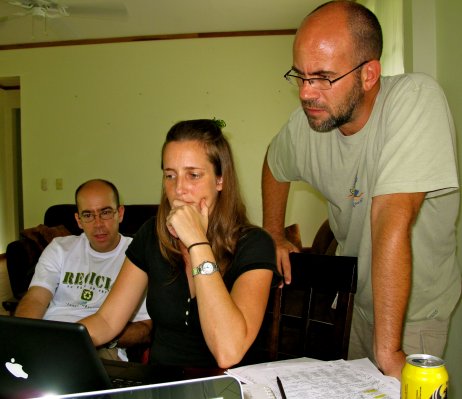 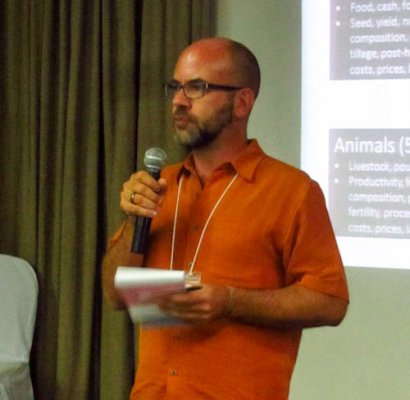 Dr. Robert Richardson is an ecological economist at Michigan State University with interests in the study of the environment and development, particularly the contribution of ecosystem services to socioeconomic well-being. His research, teaching, and outreach program focuses primarily on sustainable development, and he uses a variety of methods from the behavioral and social sciences to study decision-making about the use of natural resources and the values of ecosystem services. He has conducted research related to agricultural-environmental linkages, household food and energy security, and tradeoffs in decision-making about environmental management in southern and eastern Africa, Central America, and Southeast Asia, as well as in the USA. His work has been published in Ecological Economics, Environment and Development Economics, and World Development.

Dr. Richardson is President-elect of the U.S. Society for Ecological Economics, and a member of the International Society for Ecological Economics. He is an affiliate faculty member with MSU's Environmental Science and Policy Program, Center for Advanced Study of International Development, Center for Regional Food Systems, African Studies Center, and the Center for Latin American and Caribbean Studies.

Kurt B Waldman, Robert B Richardson

2018 Changing climatic conditions present new challenges for agricultural development in sub-Saharan Africa. Sorghum has proven to be an adaptable and resilient crop despite limited funding for crop development. Recent breeding efforts target hybrid and perennial technologies that may facilitate adaptation to climate change. Advantages of perennial crops over their annual counterparts include improved soil quality and water conservation and reduced inputs and labor requirements. In contrast, hybrid crops are often bred for improved grain yield and earlier maturation to avoid variable conditions. We use discrete choice experiments to model adoption of sorghum as a function of attributes that differ between these technologies and traditional varieties in Mali. Overall, the main perceived advantage of perennial crops is agricultural ecosystem services such as soil improvement, while adoption of hybrid crops is hampered by the inability to reuse seed. Women farmers are less concerned about higher labor requirements associated with perennial crops and the ability to reuse hybrids seeds than male farmers. Farmers prefer traditional sorghum to perennial sorghum and are indifferent between traditional and hybrid sorghum. These findings have important policy implications for understanding tradeoffs that are central to farmer decision making when it comes to breeding technologies for climate adaptation.

Assessing the Potential for Small-Scale Aquaculture in Cambodia

2018 Fisheries in Cambodia play an important role in supporting household food security and livelihoods throughout the country. Inland fisheries production is largely dependent on numerous ecosystem services, particularly the floodwaters of the Tonle Sap Lake basin, which has been degraded from increased fishing pressure because of population growth and a rising demand for fish. To address the dual problem of food insecurity and overfishing, an integrated food security and climate change program involved the promotion of small-scale aquaculture through semi-intensive pond management. The objective of this study is to examine perceptions of small-scale aquaculture by participants in this program in order to assess the potential for aquaculture to contribute to household food security and conservation of the Tonle Sap Lake ecosystem. Focus group discussions and a household survey were conducted among current and previous fish farmers. Results demonstrate that most farmers continue to practice small-scale aquaculture as a means to supplement household food availability and income. Numerous barriers to adoption of small-scale aquaculture were identified, including access to water, prices of commercial fish feed, selling price of fish in markets and concerns about profitability. Seasonal water scarcity is the most prominent challenge in promoting aquaculture technologies, so aquaculture development should be expanded in areas where there are abundant supplies of water, or where use of water storage techniques is feasible. Aquaculture technology appears to have the potential to contribute to food security, nutrition and household income and to the conservation of the wild fisheries of the Tonle Sap Lake.

2017 In Malawi, population growth has reduced opportunities for farmers to expand and cultivate new land. The country's primary farming population is comprised of smallholders, many who cultivate monocultures of maize (Zea mays). To reduce negative outcomes from this practice, intercropping maize with legumes has been promoted. The sustainable intensification (SI) practice was once widely used, but has declined in recent decades. Little is known about the determinants of intercropping or its role in agricultural development. The objective of this study was to examine the drivers of intercropping among smallholders. We used multiple logistic regression analysis to estimate the determinants of intercropping based on a survey of 324 households. Smallholders who sold legumes were more likely to intercrop, contrary to literature positing intercropping as a practice primarily intended to enhance food security. In addition, complementary SI practices such as fertilizer, manure and compost application were more likely to have occurred on intercropped fields relative to sole maize fields. Furthermore, smallholder farmers appeared to apply more fertilizer to their intercropped fields relative to their sole maize fields. The study highlights the value of including field-level characteristics and household socioeconomic survey data to understand farming practices as a means to inform agricultural policy.

2013 Choices among environmental management alternatives involve tradeoffs where, for example, the benefits of environmental protection may be offset by economic costs or welfare losses to individual agents. Understanding individual or household-level preferences regarding these tradeoffs is not always straightforward, and it often requires an analysis of choices under alternative scenarios. A household survey was used to gather data for a choice experiment, where respondents were asked to choose among pairs of alternative management scenarios about pineapple production in Costa Rica.

2012 We investigate the impact of wildlife conservation policies in Zambia on household welfare in game management areas (GMAs), which are buffer zones around national parks. Analysis of data from a nationwide survey of rural households shows that GMAs are positively associated with household income and crop damage from wildlife conflicts. Gains and damages were greatest among households in GMAs with greater wildlife diversity, with net gains relatively greater for wealthier households.

2010 Food security in developing countries depends in part on the sustainable use of natural resources. Food security is usually examined through three dimensions, namely the availability, access, and utilization of food. Ecosystems directly and indirectly support each of these dimensions through the provision of critical ecosystem services that facilitate agricultural production, create income-generating opportunities, and provide energy for cooking. However, in some cases, household uses of natural resources undermine particular elements of food security, hindering national poverty reduction strategies and threatening the sustainability of critical ecosystem functions.