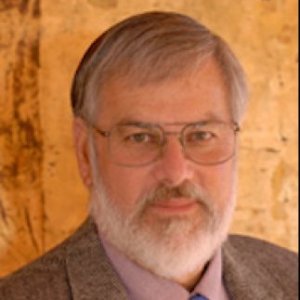 Visiting Professor of Law | UC Hastings College of the Law

Professor Schwartz received his B.A. in Philosophy at Stanford and graduated from Harvard Law School. He served as law clerk to the High Court of American Samoa in Pago Pago before moving to New Mexico to practice Indian Law. In 1976 he left practice to join the faculty at the University of New Mexico. He has been a visiting professor at Seton Hall University, Southern Illinois University, the University of Tasmania (Australia), the University of Granada (Spain), and the Indian Law Institute (New Delhi). In addition to his role as chair of the New Mexico Health Policy Commission, he has taken leave from his teaching to serve as General Counsel to the New Mexico Human Services Department, and he has worked as a WHO consultant on health law to the governments of Vietnam, Cambodia and Tonga. Professor Schwartz has been a Visiting Professor at UC Hastings several times.

Funding the Costs of Disease Outbreaks Caused by Non Vaccination

Journal of Law, Medicine and Ethics

While vaccination rates in the United States are high – generally over 90 percent – rates of exemptions have been going up, and preventable diseases coming back. 2014 is shaping to be one of the worst years for measles since 1994, with outbreaks generally starting from unvaccinated individuals and affecting primarily the unvaccinated. While pertussis is a more complex story, communities with high rates of exemptions are more vulnerable to outbreaks. Aside from their human cost and the financial cost of treatment imposed on those who become ill, outbreaks impose financial costs on an already burdened public health system, diverting resources from other areas. This article examines the financial costs of non-vaccination, showing how high they can be and what they include. It makes a case for requiring those who do not vaccinate to cover the costs of outbreak caused by their choice. Such recouping is justified because the choice not to vaccinate can easily be seen as negligent. But even if it is not, that choice involves imposing costs on others, and there are good reasons to require the actors to internalize those costs. The article proposes alternative statutory and regulatory schemes to cover the costs imposed on the public purse, focusing on no-fault mechanisms. We consider both ex ante mechanisms like a tax or a fee that will go into a no-fault fund to cover the costs and ex post mechanisms like a statutory authorization for recoupment of those costs by health officials, modeled on statutes allowing government to recoup costs of other types of harms, detailing the strengths and challenges of the various mechanisms.

Only a few years ago the American system for providing health care was considered rather benign - an inevitable consequence of American values. Over the past few years, however, the increased amount of our resources allocated to health care - now about fourteen percent of the gross domestic product - and the consistently high levels of those people not covered by even that very high expenditure - fifteen percent across the United States, and up to twenty-five percent in some states - have made the system simply unacceptable....

Caduceus in Court: Autonomy, Futility and the Limits of Medicine

Most of us find the surgeon's surprise at this patient' request understandable, and it is hard to imagine any surgeon acceding to this patient's demand. On the other hand (the one left), the patient is right—the surgeon is denying his technical skill because his values are different from those of the patient, whose values the surgeon does not respect. The autonomy of the patient is being limited by the values of the doctor whose own interests, other than his interest in practicing medicine according to his own ethical values, would remain unaffected by his decision to provide the service.

There Is No Archbishop of Science - A Comment on Elliot's Toward Incentive-Based Procedure: Three Approaches for Regulating Scientific Evidence

As is usual when Professor Elliott writes about turning retrospective judge-orientated procedural rules into prospective attorney-orientated procedural incentives, his proposal for dealing with scientific testimony not accepted within the scientific community is both interesting and provocative. It also serves as an apology for those judges who are so in awe of science that they believe that only they or their peers in the scientific establishment - and not the common folk selected for jury service - are likely to understand the complex truths that science yields...

The relations between physicians and lawyers have deteriorated rapidly over the past several decades, most particularly since the early 70s when the perception that a medical malpractice crisis existed in America became widespread. Some believe that the factors dividing the two professions are linked (1) to professional jealousy, (2) to sometimes conflicting economic interests, or (3) to difficulties in communication, since both professions use many of the same words, or terms of art, but with different intended meaning. While the authors agree that these factors may have aggravated the problem, they believe that the conflict's real roots are in very different ways in which physicians and lawyers are trained and in the different epistemologies that each profession has accepted, as a result of which each reasons and solves problems in a manner that not only diverges from but sometimes contradicts the other's. The authors conclude that only as the varying epistemologies begin to converge can physicians and lawyers begin to approach problems in more similar ways, and to discover the underlying compatibility of many of their interests and goals.