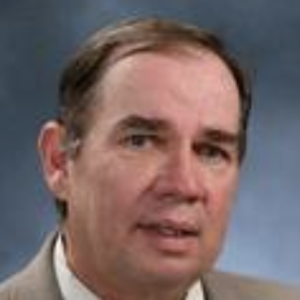 
Robert Vogel is an expert in biostatistics and their applications to medical problems.

The mode is a measure of the central tendency as well as the most probable value. Additionally, the mode is not influenced by the tail of the distribution. In the literature the properties and the application of mode estimation is only considered under simple random sampling (SRS). However, ranked set sampling (RSS) is a structural sampling method which improves the efficiency of parameter estimation in many circumstances and typically leads to a reduction in sample size. In this paper we investigate some of the asymptotic properties of kernel density based mode estimation using RSS. We demonstrate that kernel density based mode estimation using RSS is consistent and asymptotically normal with smaller variance than that under SRS. Improved performance of the mode estimation using RSS compared to SRS is supported through a simulation study. An illustration of the computational aspect using a Duchenne muscular dystrophy data set is provided.

Survival data are time-to-event data, such as time to death, time to appearance of a tumor, or time to recurrence of a disease. Accelerated failure time (AFT) models provide a linear relationship between the log of the failure time and covariates that affect the expected time to failure by contracting or expanding the time scale. The AFT model has intensive application in the field of social, medical, behavioral, and public health sciences. In this article we propose a more efficient sampling method of recruiting subjects for survival analysis. We propose using a Moving Extreme Ranked Set Sampling (MERSS) or an Extreme Ranked Set Sampling (ERSS) scheme with ranking based on an easy-to-evaluate baseline auxiliary variable known to be associated with survival time. This article demonstrates that these approaches provide a more powerful testing procedure, as well as a more efficient estimate of hazard ratio, than that based on simple random sampling (SRS). Theoretical derivation and simulation studies are provided. The Iowa 65+ Rural Health Study data are used to illustrate the methods developed in this article.

This review article addresses the ROC curve and its advantage over the odds ratio to measure the association between a continuous variable and a binary outcome. A simple parametric model under the normality assumption and the method of Box-Cox transformation for non-normal data are discussed. Applications of the binormal model and the Box-Cox transformation under both univariate and multivariate inference are illustrated by a comprehensive data analysis tutorial. Finally, a summary and recommendations are given as to the usage of the binormal ROC curve.