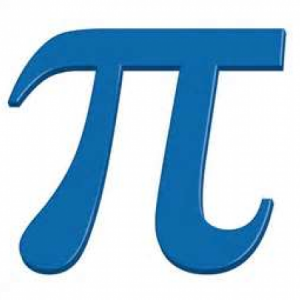 Dr. von Kampen is an expert in Human Resources, Education, Executive Leadership and Problem Solving Behaviors in the Workplace.

Doctoral Dissertation: "The relation of cognitive ability and personality traits to 360-degree assessments of problem-solving behaviors in the workplace".

“Robert is the most informed and up-to-date executive with whom I have ever worked. He keeps his ear to the ground to ensure that the product is delivered on time and to specifications. He also keeps up with the latest information in the testing industry and in the business world at large. This knowledge can help organizations prepare for future challenges and manage these challenges--or even thrive because the company is ready to meet the challenges head-on. Rob also keeps up with current hardware and software opportunities to enhance the efficiency and effectiveness of the team, his colleagues, and the company at large. Beyond that, Rob is a great colleague--fun to have around, great with clients, and quick-witted"

“I hired Rob for his strong communication skills and knowledge of test development. Rob makes a great first impression and is someone I was always happy to send out to meet with clients. He is extremely detail oriented and has a strong technical background - which are important assets in the testing industry. Rob understands for-profit business, makes solid, ethical business decisions, and is someone who is a lot of fun to work with.”

The Association of Southeast Asian Nations, or ASEAN. ASEAN

The Association of Southeast Asian Nations, or ASEAN, was established on 8 August 1967 in Bangkok, Thailand, with the signing of the ASEAN Declaration (Bangkok Declaration) by the Founding Fathers of ASEAN, namely Indonesia, Malaysia, Philippines, Singapore and Thailand. Brunei Darussalam then joined on 7 January 1984, Viet Nam on 28 July 1995, Lao PDR and Myanmar on 23 July 1997, and Cambodia on 30 April 1999, making up what is today the ten Member States of ASEAN.

The relationship of cognitive ability and personality traits to 360 degree assessments of problem solving behaviors in the workplace.