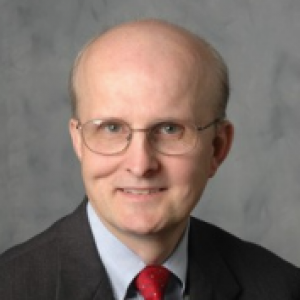 
An expert in Executive compensation and risk attitudes 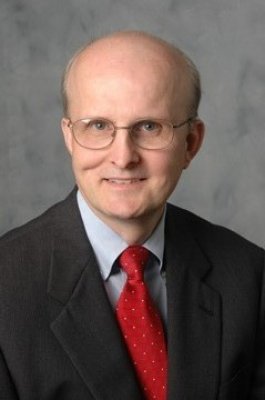 Consumer Confidential column: Average CEO has to get by with $253K monthly pension

“If you talk to CEOs, and I do, they feel justified in what they’re getting,” said Robert Wiseman, associate dean of the Eli Broad College of Business at Michigan State University. “They feel they’re held to a higher performance standard than other employees.” [...]

“If you talk to CEOs, and I do, they feel justified in what they’re getting,” said Robert Wiseman, associate dean of the Eli Broad College of Business at Michigan State University. “They feel they’re held to a higher performance standard than other employees.” [...]

It’s good that Motorola Solutions includes outperforming the S&P 500 as a long-term pay goal, said Robert Wiseman, senior associate dean at the Eli Broad College of Business at Michigan State University who specializes in executive compensation and corporate governance. When the market generally goes up, so do most stock prices, and consequently, shareholder returns, he said. When returns are compared to an index, it more accurately represents how well a company is performing, he said. [...]

The continuing search for the Holy Grail

Management Research: Journal of the Iberoamerican Academy of Management

2018 The purpose of this paper is to enrich the finding by Aguinis et al. (2018) that there is little overlap between the extremes of firm performance and the extremes of CEO pay using a novel approach to characterize the distribution of pay and performance. The authors aim to shift the focus of compensation researchers from fruitlessly trying to link pay to performance to theory-rich accounts of pay that take into consideration the idiosyncratically motivated and socially embedded nature of CEO compensation.

2017 Allocating internal financial capital represents a key task for managers of multidivisional corporations. This has led to a wealth of research and theorizing about capital allocation and whether or not managers allocate capital successfully. However, capital allocation research has diverged in a number of directions that reflect different and often incompatible perspectives, underlying frameworks, and outcomes. The result is a puzzle, wherein scholars have found little consistent substantive relation between capital allocation, business unit characteristics, and firm performance. Through our review, we seek to bring clarity to this puzzle by identifying problems in the literature and by offering a solution. We suggest problems in the literature stem from the disparate approaches scholars have taken when studying capital allocation, including assessments of what constitutes and prevents successful allocation. We begin by organizing these approaches into a framework that highlights key allocation strategies and the primary impediments to allocation success that scholars have used to build their models. We then suggest that managers may employ a number of allocation strategies and that scholars need to recognize that not all corporate managers employ the same strategy. We contend that a resurgence of obtrusive, qualitative, and multilevel studies may help explain why managers select one strategy over another. Ultimately, we recommend scholars delve into the black box of organizations to truly understand capital allocation.

Do CEOs ever lose? Fairness perspective on the allocation of residuals between CEOs and shareholders

2017 In this study we introduce a justice perspective to examining the result of bargaining between CEOs and boards over the allocation of firm residuals that ultimately determines CEO compensation. Framing CEO pay as the result of bargaining between CEOs and boards focuses attention on the power of CEOs to increase their share of firm residuals in the form of increased compensation, and the diligence of boards of directors to constrain CEO opportunism. Framing this negotiation through a theory of justice offers an alternative perspective to the search for pay-performance sensitivity. We predict and find that as board diligence in controlling opportunism declines and CEO power increases, CEOs are increasingly able to capture a larger portion of firm residuals relative to shareholders. This finding supports critics who charge that CEO pay violates norms of distributive and procedural justice.

2016 A large volume of research has examined agent risk taking and the contracting problem of risk sharing—the sharing of performance risk across agent and principal—to advance our knowledge of mechanisms that can align the assumed divergent interests and risk preferences of the managerial agent and shareholder principal. This research has been undertaken in two streams—financial economics and behavioral science—that appear to have operated in silos, using different theoretical frameworks and methodological approaches. To identify opportunities for cross-fertilization and to advance future research in both streams, we review the theoretical paradigms and empirical findings deriving from both fields. We also make an assessment of how the combined research efforts of finance and behavioral scholars have progressed in developing our understanding of agent risk taking and mechanisms for achieving agent–principal incentive alignment. Finally, we discuss how this research has influenced the corporate world for better or for worse.

Going short‐term or long‐term? CEO stock options and temporal orientation in the presence of slack

2016 We draw on behavioral agency theory to explain how decision heuristics associated with CEO stock options interact with firm slack to shape the CEO's preference for short‐ or long‐term strategies (temporal orientation). Our findings suggest CEO current option wealth substitutes for the influence of slack resources in encouraging a long‐term orientation, while prospective option wealth enhances the positive effect of slack on temporal orientation. Our theory offers explanations for non‐findings in previous analysis of the relationship between CEO equity based pay and temporal orientation and provides the insights that CEO incentives created by stock options (1) enhance the effect of available slack upon temporal orientation and (2) can both incentivize and de‐incentivize destructive short‐termism, depending upon the values of current and prospective option wealth.