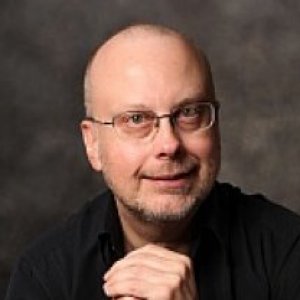 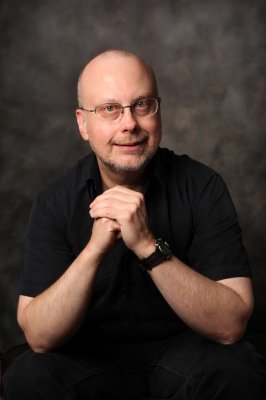 Bestselling science-fiction writer, futurist, and foresight consultant -- one of only eight people ever (and the only Canadian) to have won all three of the science-fiction fields top awards for best novel of the year; the ABC TV series FlashForward was based on his novel of the same name. Clients have included CA (Computer Associates), Federation of State Medical Boards, Institute for Quantum Computing, Lockheed Martin, Motorola, Professional Engineers Ontario, Sanofi-Aventis, Saskatchewan Registered Nurses' Association, and dozens more. Speaking venues have included the Library of Congress, the Googleplex, the Canadian Embassy in Tokyo, and Saskatchewan legislature.

Rob's specialty is extrapolating today's scientific, medical, and ethical concerns into the near future, and making the radical changes that are forthcoming understandable to any audience.

Called "the dean of Canadian science fiction" by The Ottawa Citizen and a master of "bold scientific extrapolation" by The New York Times, Rob opens up people's minds about cutting-edge technologies such as artificial intelligence, stem-cell research, and nanotechnology, exploring the societal impact they are going to have.

"As a loyal fan, and on behalf of Google Waterloo and Google as a whole, let me extend my very sincere thank you for your time, your insightful talk, and your very interesting and entertaining perspectives on the future. We all eagerly anticipate more enjoyable work and interactions with you."

"Thanks again for coming to our meeting. I don't have to tell you the talk hit the spot, as you personally saw how the audience engaged in a lively Q&A at the end of your presentation. This continued into the coffee break, which really shows how much your words provoked the reaction I was hoping for, namely a thought-provoking break from our organizational/technical discussions. Feedback from the participants was overwhelmingly positive."

"All of us at the Science Media Centre of Canada would like to thank you very much for participating in our AGM event. We were honored to host a stimulating talk with a writer of your caliber and scientific expertise — not to mention a writer of your popularity! You did a fabulous job and we couldn't have asked for a better show!"

"Your presentation was the highlight of our event. You presented compelling scenarios regarding what we could expect to see for healthcare in the future with an engaging and humourous style. It was a fascinating topic, well researched and presented by a gifted speaker, and it captivated the audience throughout."

"Robert delivered a provocative and dynamic address to our conference. Our goal was to choose a keynote who spoke outside the box and Robert delivered. He spoke to the wonders / marvels / complexities of modern technology ... how it's shaped our human history ... and how it's continually shaping us. Robert went out of his way to weave our conference theme and industry into his remarks which only added to his impact on the audience. It's often difficult to inspire an audience who has been to many conferences and sat through many keynote sessions. Robert, however, did just that. I'd definitely recommend him."