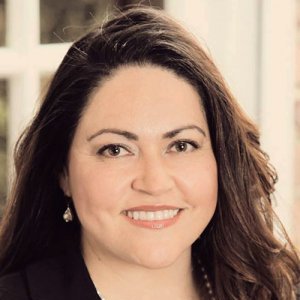 
Ms. Terry is an expert in end-of-life care, grief and bereavement, Alzheimer’s disease, and state/federal compliance and insurance.

Rocio Terry joined the social work adjunct faculty at USC in 2011, teaching courses in policy and advocacy, as well as courses in the Community, Organization, and Business Innovation department. In 2014, she was promoted to adjunct assistant professor.

As a medical social worker, she has served as director of social services at a nursing facility and as a bereavement coordinator and consultant for hospices in Southern California. Her expertise is in the areas of end-of-life care, grief and bereavement, Alzheimer’s disease, death and dying, and state/federal compliance and insurance.

An accomplished bilingual operations and strategic management professional, Terry has extensive experience working with not-for-profit, health care and military agencies, primarily focusing on the geriatric and military/veteran populations across the United States. She opened and managed San Diego’s first PACE center and San Diego’s first urgent care nonprofit, which serves uninsured/underinsured and underserved community residents. In addition, she managed the coordination of care and operations for Naval Hospital Camp Pendleton’s Office of Neurotrauma and led regional teams across the country providing behavioral care for Operation Enduring Freedom/Operation Iraqi Freedom veterans dealing with post-traumatic stress disorder and combat stress. Terry has also advised military leadership in both Italy and Germany regarding the development and implementation of mental health programs and services for active duty military personnel for issues such as military sexual assault and PTSD. Over the course of her career, she has managed 7 million dollar budgets, led teams of up to 200 staff, and surpassed revenue and productivity expectations by more than 200 percent while maintaining high staff retention and morale.

Terry currently maintains a private practice, Rocio Terry Inc., where she serves as a professional development coach for management personnel in the nonprofit sector who want to enhance business acumen, as well as a motivational speaker and career coach for people who wish to explore educational options and career advancement.