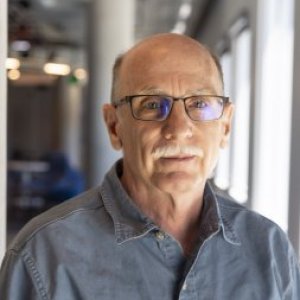 Rodger Pardee received his M.A. in Film Production from the University of Southern California in 1981. Since then he has worked in the area of film sound in a number of capacities: production sound, re-recording mixing, and sound editing. Since 1986 he has specialized in sound effects editing and design for feature films. In 1988 he was invited to teach film sound as an adjunct at USC and did so on and off, schedule permitting, until 1997. Teaching, which had begun as a sideline and a break from the business of sound editing, became his full-time focus when in 1999 he joined the LMU faculty. He is a member of the Motion Picture Sound Editors and among his M.P.S.E. Golden Reel nominations are those for special sound effects recording for "To Live and Die in L.A.," "Waterworld" and "Men in Black," and sound effects editing for "X Files" and "Geronimo: An American Legend."

Six nominations -- "To Live & Die in L.A."; "Geronimo: An American Legend"; "Men in Black"'; "The X-Files: Fight the Future"; and two separate nominations for "Waterworld"