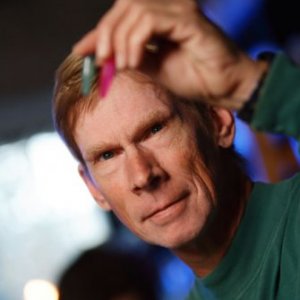 
Roger Duncan is an expert in molecular responses to cellular stress and regulation of translation.

2005 The induction of the heat shock response as well as its termination is autoregulated by heat shock protein activities. In this study we have investigated whether Hsp90 functional protein levels influence the characteristics and duration of the heat shock response. Treatment of cells with several benzoquinone ansamycin inhibitors of Hsp90 (geldanamycin, herbimycin A) activated a heat shock response in the absence of heat shock, as reported previously. Pretreatment of cells with the Hsp90 inhibitors significantly delayed the rate of restoration of normal protein synthesis following a brief heat shock. Concurrently, the rate of Hsp synthesis and accumulation was substantially increased and prolonged. The cessation of heat shock protein synthesis did not occur until the levels of Hsp70 were substantially elevated relative to its standard threshold for autoregulation. The elevated levels of HSPS 22–28 (the small HSPS) and Hsp70 are not able to promote thermotolerance when Hsp90 activity is repressed by ansamycins; rather a suppression of thermotolerance is observed. These results suggest that a multicomponent protein chaperone complex involving both Hsp90 and Hsp70 signals the cessation of heat shock protein synthesis, the restoration of normal translation, and likely the establishment of thermotolerance. Impaired function of either component is sufficient to alter the heat shock response.

2003 The molecular mechanisms underlying the initiation and control of the release of cytochrome c during mitochondrion-dependent apoptosis are thought to involve the phosphorylation of mitochondrial Bcl-2 and Bcl-xL. Although the c-Jun N-terminal kinase (JNK) has been proposed to mediate the phosphorylation of Bcl-2/Bcl-xL the mechanisms linking the modification of these proteins and the release of cytochrome c remain to be elucidated. This study was aimed at establishing interdependency between JNK signalling and mitochondrial apoptosis. Using an experimental model consisting of isolated, bioenergetically competent rat brain mitochondria, these studies show that (i) JNK catalysed the phosphorylation of Bcl-2 and Bcl-xL as well as other mitochondrial proteins, as shown by two-dimensional isoelectric focusing/SDS/PAGE; (ii) JNK-induced cytochrome c release, in a process independent of the permeability transition of the inner mitochondrial membrane (imPT) and insensitive to cyclosporin A; (iii) JNK mediated a partial collapse of the mitochondrial inner-membrane potential (Δψm) in an imPT- and cyclosporin A-independent manner; and (iv) JNK was unable to induce imPT/swelling and did not act as a co-inducer, but as an inhibitor of Ca-induced imPT. The results are discussed with regard to the functional link between the Δψm and factors influencing the permeability transition of the inner and outer mitochondrial membranes. Taken together, JNK-dependent phosphorylation of mitochondrial proteins including, but not limited to, Bcl-2/Bcl-xL may represent a potential of the modulation of mitochondrial function during apoptosis.

2002 Interferon (IFN) in combination with ribavirin is the main treatment for hepatitis C virus (HCV) infection. The sensitivity or resistance of the virus to IFN has been linked to certain types of the interferon sensitivity determining region (ISDR) and PKR-eIF2α phosphorylation homology domain (PePHD) sequences in the NS5A and E2 regions of the viral genome, respectively. In search of the other potential mechanisms of HCV resistance to IFN, we tested the effect of IFN-α on translational activity of the HCV IRES in various cell types. Using bicistronic dual luciferase reporter RNAs in direct RNA transfection studies, we found that the cap-dependent translation was dramatically inhibited by IFN (5- to 16-fold), whereas HCV IRES translation was inhibited only marginally in two hepatoma cell lines, Huh7 and HepG2 cells. No difference in IFN sensitivity was observed among IRESs of genotypes 1a, 1b, and 2a. Translation under the control of encephalomyocarditis virus (EMCV) IRES was inhibited by IFN to the same extent as cap-dependent translation. In cells of nonhepatic origin (HeLa and Raji), however, HCV IRES-, EMCV IRES-, and cap-dependent translation were dramatically inhibited to similar levels. The PKR expression level was enhanced by IFN in all cells, but eIF2α phosphorylation level was not changed, probably due to the absence of double-stranded RNA species. There was also no evidence of RNase L activation. Therefore, inhibition of translation by IFN under these conditions was probably mediated by novel IFN-induced inhibitory pathways, independent of eIF2α phosphorylation, while HCV IRES was not subject to this inhibition in hepatoma cell lines. Thus, HCV IRES-driven translation was resistant to IFN-induced, eIF2α-independent inhibition in human hepatoma cells that are frequently used in studies on HCV replication. This may present a new potential mechanism of viral resistance to IFN treatment during the early steps of virus infection.