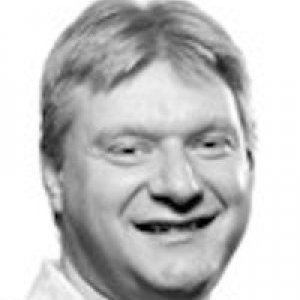 Ron Austin is an expert in security technologies, network security, forensic and ethical hacking, and wireless and mobile technologies.

Ron has 17 years’ industrial experience working for Telewest, Energis and Cable and Wireless. He managed and built the Freeserve network before moving to Cable and Wireless where he managed the network management systems (Operational Systems Support (OSS)) for the Voice Over IP (VOIP) network.

IEEE 5th International Conference on Future of Things and Cloud

2017 Disasters, both natural and man-made, can occur at any time or place in the world; aid is then required to support the victims of the disaster and to provide humanitarian support within the disaster zone. The first 24-48 hours after a disaster are a critical time for first responders in administering aid to the victims. This is known as the golden 24 hours [1] where 85% to 95% of live rescues are made. To support this effort, a rapidly deployable, scalable, and low cost communication infrastructure is required. This paper proposes the use of low-cost Single Board Computers, in combination with scalable containerised network services (e.g. VOIP, Web Services, etc.), utilising Software Defined Network based control to allow the centralised management of devices. A Raspberry Pi based prototype setup is detailed, and initial performance tests are presented as a means of confirming the technological viability of the concept under a number of different topology configurations.

Flow Based Security for IoT Devices Using an SDN Gateway

IEEE 4th International Conference on Future of Things and Cloud

2016 With near exponential growth predicted in the number of Internet of Things (IoT) based devices within networked systems there is need of a means of providing their flexible and secure integration. Software Defined Networking (SDN) is a concept that allows for the centralised control and configuration of network devices, and also provides opportunities for the dynamic control of network traffic. This paper proposes the use of an SDN gateway as a distributed means of monitoring the traffic originating from and directed to IoT based devices. This gateway can then both detect anomalous behaviour and perform an appropriate response (blocking, forwarding, or applying Quality of Service). Initial results demonstrate that, while the addition of the attack detection functionality has an impact on the number of flow installations possible per second, it can successfully detect and block TCP and ICMP flood based attacks.

3rd International Conference on Future Internet of Things and Cloud

2015 The predicted prevalence of both Internet of Things (IoT) based devices and the concept of Software Defined Networking (SDN) as a new paradigm in networking, means that consideration is required for how they will interact. Current SDN implementations operate on the principle that on receiving an unrecognised packet, a switch will query a centralised controller for a corresponding rule. Memory limitations within current switch devices dictate that this rule can only be stored for a short period of time before being removed, thus making it likely that the relatively infrequent data samples sent from IoT devices will have a transmission interval longer than this timeout. This paper proposes a Pre-emptive Flow Installation Mechanism (PFIM) that dynamically learns the transmission intervals of periodic network flows and installs the corresponding rules within a switch, prior to the arrival of a packet. A proof-of-concept implementation shows this to have a significant effect on reducing the delay experienced by these flows.

2015 System requirements for an intelligent, mobile blended learning environment (m-Learning) have been elicited. Theories of ontology modelling are developed. A context-aware adaption engine using explicit and implicit knowledge of the student profile model are proposed. The context in which learning occurs is shown to be represented by a set of functions that are contextually dependent on learning modelled as a multi connected ontology. The evaluated prototype implementation is a partially context aware m-Learning presentation system. It is concluded that the m-learning environment is beneficial to programme outcomes, mainly for students who learn according to the heutagogical model. Further work is underway to capture m-Learning requirements better suited to students employing the pedagogic learning model.

Situated computing and virtual learning environments: e-learning and the benefits to the students learning

2013 There has been much discussion and speculation over recent years around the benefits of Virtual Learning Environments (VLE) in Higher Education. The 2009 Ofsted Report considered VLE's and raised a number of concerns, concluding that VLEs were least effective when they had little content or were merely a dumping ground for rarely used files. A review and investigation into virtual learning environments and the reported benefits has been undertaken to understand the value these pedagogic systems provide to the students, and how this has an impact on their learning journey within the programme of study. Distance learning and engagement is addresses. Situated computing is introduced. The paper concludes that the use of a VLE, when correctly implemented, improves student performance in terms of results with a perceived correlation in terms of engagement.