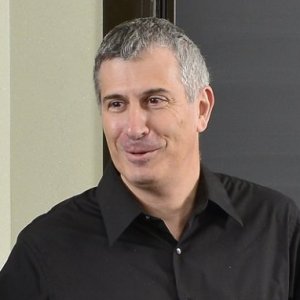 
Ron Kaniel is a financial expert who focuses his research on asset pricing, financial intermediation, and investments.

The Hebrew University of Jerusalem: BS, Mathematics and Computer Science 1992

Why Money Managers Are Paid So Much Is a Mystery

A paper by economists Markus Ibert, Ron Kaniel, Stijn Van Nieuwerburgh and Roine Vestman looked at the mutual-fund industry in Sweden. Fund performance, they found, has a very weak relationship to manager pay. Managers’ returns vary a lot, as one might expect in an industry where performance is subject to the vagaries of the stock market. But the authors estimated that a one-standard-deviation increase in fund returns, relative to a benchmark, netted the manager only a 2.9 percent increase in compensation -- meaning that even very strong outperformance doesn’t get rewarded much at all.

We present a model with dynamic investment flows, where fund managers have the ability to generate excess returns, and study how forcing them to commit part or all of their personal wealth to the fund they manage affects fund risk taking. We contrast the behavior of a manager who may invest her personal wealth in a private account to a manager who is either forced to commit her wealth to the fund she manages or not allowed to hold risky assets held by the fund privately. We show that a fund managed by a manager with higher ability does not necessarily achieve higher expected returns but achieves lower idiosyncratic volatility. For a manager with constant ability, restrictions placed on her personal account do not influence her choices in the fund, while for a manager whose ability varies stochastically, they result in higher expected returns and idiosyncratic volatilities. Fund strategies can be nonmonotone both in the manager’s commitment level and the ratio of manager to investor wealth. Our results are robust to incomplete information and to competing managers with correlated ability.

Compensation of mutual fund managers is paramount to understanding agency frictions in asset delegation. We collect a unique registry-based dataset on the compensation of Swedish mutual fund managers. We find a concave relationship between pay and revenue, in contrast to how investors compensate the fund company (firm). We also find a surprisingly weak sensitivity of pay to performance, even after accounting for the indirect effects of performance on revenue. Firm-level fixed effects, revenues, and profits add substantial explanatory power for compensation.

Empirical analysis of mutual funds has focused on the relationship between funds and fund investors, and little is known about the nature of compensation contracts between firms and managers. This column uses Swedish data to provide novel insights on the relationship between mutual fund firms and manager compensation. In contrast to how investors compensate the fund company, a concave relationship is observed between pay and revenue. The sensitivity of pay to performance is surprisingly weak, with firm-level characteristics playing an important role in dynamic compensation.

We exploit a novel natural experiment to establish a causal relation between media attention and consumer investment behavior, independent of the conveyed information. Our findings indicate a 31% local average increase in quarterly capital flows into mutual funds mentioned in a prominent Wall Street Journal “Category Kings” ranking list, compared to those funds which just missed making the list. This flow increase is about seven times larger than extra flows due to the well-documented performance-flow relation. Other funds in the same fund complex receive substantial extra flows as well, especially in smaller complexes. There is no increase in flows when the Wall Street Journal publishes similar lists absent the prominence of the Category Kings labeling. We show mutual fund managers react to the incentive created by the media effect in a strategic way predicted by theory, and present evidence for the existence of propagation mechanisms including increased fund complex advertising subsequent to having a Category King and increased efficacy of subsequent fund media mentions.