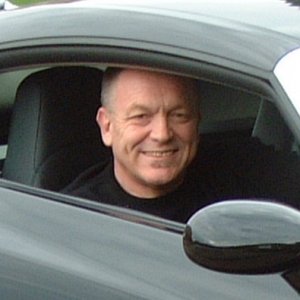 Chauffeur/Managing Consultant | The Highway of Change

Ron joined the Ministry of Defence straight from school in 1969 and held clerical roles until 1974. In 1974 he went on an intensive Work Study Course at the Military College of Science, Shrivenham, Wiltshire, United Kingdom which was the start of his career in process and change. Following completion of the course Ron worked for the Ministry of Defence (Logistics) on numerous efficiency initiatives.

Between 1979 and 1983 Ron moved into HR work first in the role of Civilian Staff Manager at the Army Driving School, Leconfield, North Northumberside followed by a stint as the Civilian HR Manager for the British Forces Broadcasting Service, Cologne, West Germany.

After his stint in Germany Ron returned to the UK in 1983 and worked for the British Army’s Directorate of Supply and Computer Services in their Small Systems Group which involved the investigation and implementation of small systems to improve the services and efficiency of Army Units both in the UK and in Germany.

Ron then set up Leeman Associates in 1996 and has worked as an Independent Consultant in ever since. During this time he has worked in numerous industry sectors such as Financial Services, Government/Local Government, Oil/Energy, Utilities, Advertising/Media and Retail.

The Change Management life-cycle, tools & techniques of a Framework Approach to Change.