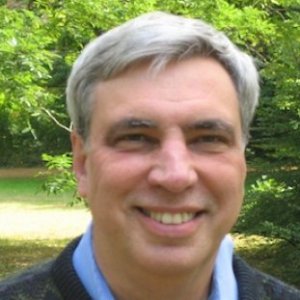 
Expert in the politics of presidential campaigns

Ronald C. Schurin received his Ph.D. from the City University of New York in 1997 and received a Master of Public Affairs degree from the Woodrow Wilson School of Public and International Affairs at Princeton University in 1977. He has held policy and administrative positions at the New Jersey Department of Education, the former U.S. Department of Health, Education and Welfare, and The City University of New York. From 1997 to 2008 he served as Executive Assistant to the President of the University of Connecticut and concurrently was Executive Secretary of the University Board of Trustees. His research interests include American political parties, electoral realignment, the Presidency, and Congress. 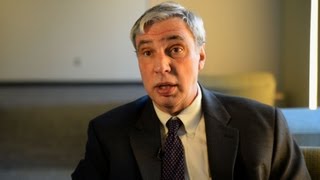 “New Jersey is definitely a warning to Ned Lamont,” Ronald Schurin, a professor of political science at the University of Connecticut, said Wednesday in an interview. With President Joe Biden’s sweeping, $3 trillion infrastructure and social spending proposals stalled in Washington, Schurin said, “Democrats are in kind of a funk. ...Maybe Democratic turnout and enthusiasm was down.”

No funny hats and confetti. No cheering crowds. This is a convention year like no other

Ronald Schurin, a University of Connecticut political science professor, said the convention’s success hinges on the quality of the DNC’s technology. He said some of Biden’s early virtual campaign events were glitch-filled and “less than sterling.” “The hope is that the Democrats who have access to some of the most technologically talented people in the country, if not the world, will use this talent to put on a show that’s technologically stellar and grabs the attention of people in the country,” Schurin said.

Ronald Schurin, a political science professor at the University of Connecticut, cautioned meanwhile about putting too much stock in polling four months out from the election. “Anyone who says Trump is done is living in a fool’s paradise,” Schurin remarked in an interview.

Experts Sound Off on Sanders Keeping One Toe in 2020 Race

Ron Schurin, a political science professor at the University of Connecticut, likened what Sanders has asked to what, say, Hillary Clinton did in 2008, or George H.W. Bush did before her in 1980, which is to stay in the race after it became clear they couldn’t win. These candidates were not trying to raise their own profile or seek leverage over the convention. Bush went on to become the winner’s vice-presidential nominee, and Clinton was the winner’s secretary of state.

“[Connecticut lawmakers] have nothing to gain,” said University of Connecticut political science professor Ron Schurin. If they pick one candidate to endorse, he said, constituents who support someone else will be unhappy. “It would alienate people in their districts, and why would they want to do that?” Schurin asked.

Democrats Are No Longer Gun Shy

"What we have now is that the memory of 1994 may be fading for Democrats," says Ronald Schurin, a political science professor at the University of Connecticut, referring to massive Democratic losses in the House of Representatives, following an aggressive NRA campaign against lawmakers who voted for the Brady Bill gun control legislation.

Your Money, Your State: Waste or pork, either way you pay

Ronald Schurin, a professor of political science at UConn, said legislative rhetoric on the need to cut costs often stops when state funding extends to their own towns and cities. “Frivolous spending and worthy investments in special projects are often in the eye of the beholder,” he said, stressing that the mantra of opposing “waste, fraud and abuse” are often situational. “No one with good intentions sets out to waste government funds, unless there is corruption involved,” Schurin said. “This is an effort to run a multi-billion-dollar enterprise, so sometimes it looks like waste in retrospect. You make a set of decisions and some don’t play out.”

In Connecticut, What’s Worst: Trump, Gov. Malloy or the Economy?

In races for governor across the nation, the specter of President Trump looms as a beacon of divisiveness, and Connecticut is no exception. “There is not a whole lot of connection between how we vote or feel at the presidential level and how we vote at the gubernatorial level,” said Ronald Schurin, an associate professor of political science at the University of Connecticut. “This is the national Republicans’ greatest hope of picking up a gubernatorial seat in 2018.”

How Gorsuch’s nomination could be felt by N.E. politicians

University of Connecticut political science professor Ron Schurin notes that while the state’s liberal base wants Democrats to reject all Trump nominees, Murphy hasn’t done that. He voted for Trump Homeland Security Secretary John Kelly, Defense Secretary John Mattis, and United Nations Ambassador Nikki Haley. Murphy rose to prominence after his very public display of support for the families affected by the Newtown shootings. “[Murphy] is picking and choosing carefully, but I expect that if the right moment comes on Gorsuch, particularly in the area of gun control, Murphy will lead a fight,” said Schurin.

In Connecticut, Some Red Suburbs Turned Blue. Is This A Sign For 2018?

University of Connecticut political science professor Ron Schurin called GOP criticisms of Democrats who are pressing for gun control “outrageous.” “There is no more appropriate time to talk about an issue like this than in the wake of a national tragedy in which guns have been involved,” he said. But, Schurin said, “A case could be made” that politicians should not fundraise over a tragedy.

Yet University of Connecticut political science professor Ron Schurin said “there’s always the possibility that at the gubernatorial level the Republicans will do very well and that could counteract the ‘Trump effect’” on down-ballot races.

A vice-presidental pick, even in defeat, can go on to make a difference

Former Vice President Joe Biden, the presumptive Democratic presidential nominee, has close to a dozen women under consideration for his former job. Some are senators, some governors, some mayors, some something else. But for any and all, getting the nod will be more than an opportunity to help defeat Donald Trump, cherished though that chance will be. Even if the Biden-Whoever campaign loses, history suggests that the vice-presidential nomination could lead to greater things ahead. Whatever happens in November, a second-place spot on the ticket is a prize well worth having.