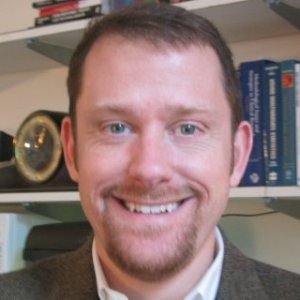 Watching Holiday Rom-Coms Can Be a Hallmark of a Strong Relationship, Marriage 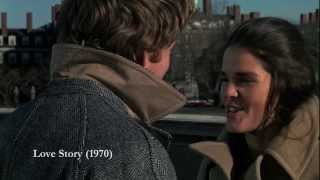 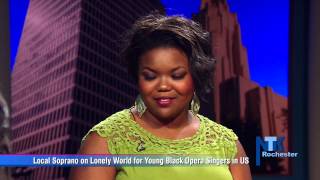 Ron Rogge is an Associate Professor in the Department of Clinical and Social Sciences in Psychology at the University of Rochester. His research focuses on understanding relationships and the early years of marriage.

Rogge served as a Lieutenant in the United States Navy from 2000-2004, providing counseling to sailors and marines including deployments to Kuwait and Iraq.

Since joining the faculty at the University of Rochester in 2004, Dr. Rogge has developed a program of research focused on understanding how individuals, couples, and families grow and change over time.

Does your DNA dictate whether you will have a happy marriage?

Researchers at the University of Rochester analysed 174 separate studies looking at how flexibility related to family and romantic relationships. In total the research analysed 43,952 people, according to ScienceAlert. Ronald Rogge, an associate professor of psychology at the University of Rochester, said, ‘Put simply, this meta-analysis underscores that being mindful and emotionally flexible in tough and challenging situations not only improves the lives of individuals, it might also strengthen and enrich their close relationships.’

Being strict with teens' bedtimes can help them get more sleep

New US research has found that parents who impose strict bedtimes on their teens could be helping them to get more sleep. Carried out by researchers at the University of Rochester, the new study looked at 193 adolescents aged 14 to 17 and their parents. Co-author Ronald Rogge agrees that parents may need to step in and impose a time on their teens, adding that "even though adolescents start gaining self-sufficiency and independence, they still need sleep and might not prioritize that if left to their own devices."

Parents aren't powerless when it comes to sleep-deprived teenagers

Teenagers in the US simply don't get enough shut eye. The consequences of this epidemic of sleep deprivation are extensive and include increasing rates of anxiety and depression among adolescents, as well as suicidal thoughts and actions. Sleep-deprived teens are more likely to be involved in car crashes, and run a higher risk of injury during sports-related activities. But researchers at the University of Rochester have found that a simple and timeworn solution yields solid results: a clear bedtime that parents consistently adhere to. The bottom line, according to coauthor Ronald Rogge, an associate professor of psychology at Rochester, is that "even though adolescents start gaining self-sufficiency and independence, they still need sleep and might not prioritize that if left to their own devices."

Watching romantic movies with your partner can save you from a divorce, says study

Today, we can see a considerable rise in divorce rates. But the light at the end of the tunnel is that while there can be many causes leading to divorce, people are also working hard to find newer ways to keep their marriage alive. Interestingly, a group of researchers have found a novel way to keep couples together. According to a new study conducted at University of Rochester, the simple exercise of watching five relationship-based movies a month and discussing the marital issues in a post-film debrief could be as effective as counselling. The findings of the study led by Doctor Ronald Rogge, associate professor of psychology at the University of Rochester in the US show that movie-watching could cut divorce rates in half, reducing the separation rate from 24% to 11% after three years.

Comfort and joy? Psychologists say Christmas movies can be good for mental health

Take all those happy endings with “a healthy grain of salt,” said Ronald Rogge, an associate professor of psychology at the University of Rochester in western New York who has studied the use of movies in couples therapy. “All relationships are not founded on a ‘love at first sight, one and only soulmate, destined to be together' framework,” said Rogge.

Lining Up An Open Relationship? The Key Is Communication And Consent

When it comes to relationships, a lot has changed in the last decade and one big shift has been the rise of nonmonogamy. Whether you're a swinger or you just want to date multiple people, the idea of getting romantically or physically involved with more than one person sounds a little tricky - chances are someone will get hurt. But there is a way to make it work. New research out of the University of Rochester has found that while there's no one-size-fits-all solution, there are ways to increase the chance the success of the relationship and they've nicknamed it the "Triple-C-Model" - consent, communication and comfort.

Scientists have found the key to making an open relationship successful

Researchers at the University of Rochester have found the key to making an open relationship work, and it's about as simple as you could imagine. The key, researchers say, is good communication between partners. “We know that communication is helpful to all couples,” said Ronald Rogge, head of the lab where the research was conducted. “However, it is critical for couples in non-monogamous relationships as they navigate the extra challenges of maintaining a non-traditional relationship in a monogamy-dominated culture. “Secrecy surrounding sexual activity with others can all too easily become toxic and lead to feelings of neglect, insecurity, rejection, jealousy, and betrayal, even in non-monogamous relationships,” he continued. (Also reported by Yahoo! News, Malay Mail)

One of the great divides in male-female relationships is the “chick flick” — movies like “Terms of Endearment” and “The Notebook” that often leave women in tears and men bored. But now, a fascinating new study shows that sappy relationship movies made in Hollywood can actually help strengthen relationships in the real world. A University of Rochester study found that couples who watched and talked about issues raised in movies like “Steel Magnolias” and “Love Story” were less likely to divorce or separate than couples in a control group. Surprisingly, the “Love Story” intervention was as effective at keeping couples together as two intensive therapist-led methods.

Can RomComs Save a Marriage?

Morning segment on Can RomComs Save a Marriage?

Open relationships typically describe couples in which the partners have agreed on sexual activity with someone other than their primary romantic partner, while maintaining the couple bond. Can these open relationships work? It depends, concludes a team that focuses on couples research. Not surprisingly, the success of such relationships hinges on solid communication between all parties involved. But not all open relationships are created equal.

Found! Scientific proof that RomComs can save your relationship.

Lately, some of my colleagues have bemoaned the lack of romance in popular culture and the decline of the beloved romantic comedy, which miraculously managed to capture the essence of love, loss and happily-ever-after in less than two hours. “After a million movies and a thousand love songs, the romance once abundant in pop culture seems to have just stopped,” Times columnist Chris Erskine wrote. And my colleague Alexandra Le Tellier wrote about how RomComs “are escapist fantasies full of optimism and hope,” and we need “more love stories and happily-ever-afters to rouse our sense of optimism.” There’s another, scientific reason for Hollywood to bring back the RomCom: Watching such a movie with your partner and talking about it can actually strengthen your relationship. In fact, viewing and discussing about five sappy flicks a month can be as effective as more intensive couples therapy, according to Ronald Rogge, associate professor of psychology at the University of Rochester and lead author of the study.

Divorce Rate Cut in Half for Couples Who Discussed Relationship Movies

Discussing five movies about relationships over a month could cut the three-year divorce rate for newlyweds in half, researchers report. The study, involving 174 couples, is the first long-term investigation to compare different types of early marriage intervention programs. The findings show that an inexpensive, fun, and relatively simple movie-and-talk approach can be just as effective as other more intensive therapist-led methods—reducing the divorce or separation rate from 24 to 11 percent after three years.