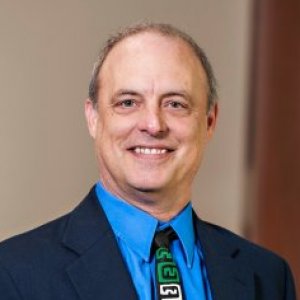 
Wright is a former trial attorney with the U.S. Department of Justice who empirically researches prosecutors and criminal procedure.

Ron Wright is one of the nation’s leading experts in criminal law and procedure. His focus on criminal prosecutors and jury selection led to the development of the Jury Sunshine Project, a first of its kind database that includes jury selection outcomes in felony trials in all 100 counties of North Carolina. Wright is a former trial attorney with the U.S. Department of Justice, where he prosecuted antitrust and other white-collar criminal cases. He has contributed to research in other areas of criminal law, including evidence, sentencing, and bias in criminal procedure. 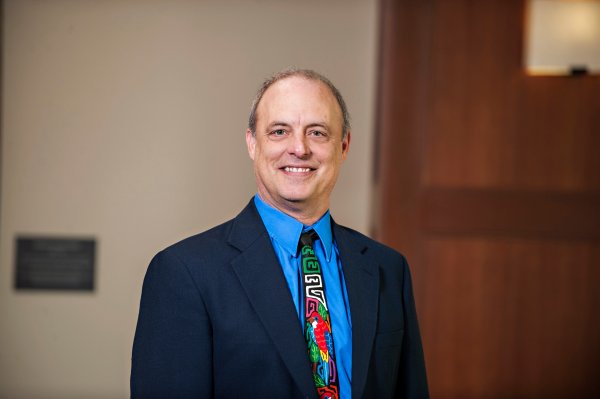 Yes, Jury Selection Is as Racist as You Think. Now We Have Proof.

Race, as a matter of constitutional principle, cannot factor into the selection of jurors for criminal trials. But in the American justice system, anyone with a bit of common sense and a view from the back of the courtroom knows the colorblind ideal isn’t true in practice.

“It’s something of a dance,” Wright said. “The prosecution comes in with a real low offer — ‘I’ll tell you this little itty bitty bit of info’ — but the judge replies and says, ‘You have to do better than that.’ My guess is that’s not the last time the judge will tell the government, ‘You have to be more specific,’ but this is the first step in the dance.”

What makes a good prosecutor? A new study of Melissa Nelson’s office hopes to find out

Ron Wright, a criminal law professor at Wake Forest, has researched prosecutorial elections and found that almost always elections hinge on a few outlier cases, either a prosecutor is criticized for being too harsh to one defendant or too lenient to another.

The Case Against the Prosecution

Manhattan District Attorney Cyrus Vance Jr. has had a difficult few weeks. Earlier this month, ProPublica, WNYC and the New Yorker revealed that he overruled his staff and declined in 2012 to file criminal charges against Ivanka Trump and Donald Trump Jr. over allegations that they had misled investors in the Trump SoHo building.

She Was Convicted of Killing Her Mother. Prosecutors Withheld the Evidence That Would Have Freed Her.

The training and supervision of new prosecutors is especially crucial for instilling values. ‘‘It’s disturbing when a prosecutor with a history of failing to disclose evidence has the job of overseeing the next generation of lawyers,’’ says Ronald Wright, a law professor at Wake Forest and co-­author of a published study based on more than 250 interviews with prosecutors.

This may go against voters’ wishes, but another problem is voters don’t actually do much to hold prosecutors accountable: When Ronald Wright of Wake Forest University School of Law looked at data from 1996 to 2006, he found that about 95 percent of incumbent prosecutors won reelection, and 85 percent ran unopposed in general elections.

This political problem starts as a public records problem. Poor access to records is the single largest reason why jury selection cannot break out of the litigator’s framework to become a normal topic for political debate.

Criminal prosecutors must do a complex job, one that is crucial to public safety and the quality of justice. Unfortunately, they must do so under circumstances that are tilted toward failure. The typical local prosecutor, working within the current legal framework, must “fly blind” and “fly solo.”

Our citation ranking of the empirical scholarship about prosecutors, published over the last half century, demonstrates that scholars have focused disproportionately on the largest urban offices and have drawn conclusions about prosecution based on those sites.

Although legal scholars treat prosecutors like interchangeable parts, we argue – based on interviews and surveys of over 200 state prosecutors in eight offices – that scholars should be alert to differences among them, because new prosecutors perceive their professional roles differently than their veteran colleagues do.

Legal scholars, the mockingbirds of the academy, are great borrowers of scholarly methods. We experiment with the tools of historians, economists, sociologists, literary theorists, moral philosophers, and others, often to great effect. Yet despite these innovative efforts to study ...

A society that holds, as we do, to belief in law, cannot regard with unconcern the fact that prosecuting agencies can exercise so large an influence on dispositions that involve the penal sanction, without reference to any norms but those that they may create for ...

The quality of criminal defense counsel desperately needs improving. The strategy this article explores is not a change in the legal standard governing ineffective assistance of counsel claims, or a change in the Supreme Court's reasoning, but something far more ...

Since the United States Sentencing Commission is a rulemaking, administrative body, the doctrines and structure of administrative law should offer guidance for answering questions about this Commission. Though many have criticized the Commission during its short ...