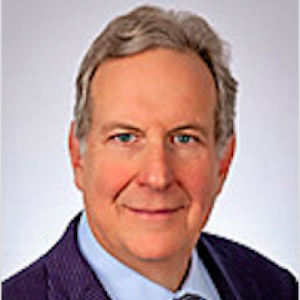 Dr. Ronald Falk is former chair of the National Kidney Foundation’s council on glomerulonephritis (1995-1998). He has served in various capacities for ASN, including on the annual meeting program, training program directors, post-graduate education, and nomination committees. He was elected to the ASN council in 2006 and began his term as president on November 13, 2011. He was co-director of the glomerular disease course during Renal Week (now called Kidney Week) from 2000-2005 as well as a faculty member for the ASN Board Review and Renal WeekEnds (now called Highlights). Falk also served as deputy editor of NephSAP, an education journal for nephrologists. He initiated the ASN Kidney Week podcast series,which are on-site interviews that consistently rank as the most popular society podcasts. He is also a frequent host of ASN podcasts throughout the year.[5]

Falk played an important role in securing a $61 million Clinical and Translational Science Award (CTSA) from the National Institutes of Health in 2008. UNC is one of only 60 universities in the country to receive a CTSA. Falk was instrumental in designing the North Carolina Translational and Clinical Sciences Institute (NC TraCS), which is the home of the CTSA at UNC. He continues to serve as the chair of the TraCS Institute Study Section, which reviews all grant pilot funding.[6]

Falk also currently leads the UNC Solid Organ Transplant Program, a multidisciplinary clinical program that manages every step of the transplant process, from early identification of those in need of a new kidney, liver, heart, or lung to survive to their treatment, surgery, and recovery.

ANCA Disease: Where Is This Field Heading?

2010 ANCA disease remains a subject of great experimental and clinical interest. The subcategories of names and descriptions for this collection of vasculitides and necrotizing glomerulonephritides is still a subject of some debate. The various forms of ANCA disease share some characteristics, and similar therapies are often recommended for overlapping categories of disease. The immunopathogenic effects of myeloperoxidase and proteinase 3 antibodies are well established, and good mechanisms for initiation of disease are starting to emerge, particularly the role of autoantigen complementarity. Here we examine these various topics and discuss an approach to treatment.

1997 Vasculitis is inflammation of vessel walls. It has many causes, although they result in only a few histologic patterns of vascular inflammation. Vessels of any type in any organ can be affected, a fact that results in a wide variety of signs and symptoms. These protean clinical manifestations, combined with the etiologic nonspecificity of the histologic lesions, complicate the diagnosis of specific forms of vasculitis. This is problematic because different vasculitides with indistinguishable clinical presentations have very different prognoses and treatments.

1990 Anti-neutrophil cytoplasmic autoantibodies (ANCA) are in the circulation of most patients with pauci-immune necrotizing vasculitis and pauci-immune crescentic glomerulonephritis. The current study demonstrates an effect of these autoantibodies on neutrophil function in vitro. ANCA cause normal human neutrophils to undergo an oxidative burst and degranulate. Both ANCA phenotypes (i.e., cytoplasmic-pattern ANCA and myeloperoxidase-specific ANCA) induce neutrophil activation. ANCA sera and purified immunoglobulins significantly increase the release of reactive oxygen species when compared with controls. ANCA, in a dose-dependent manner, induce the release of primary granule contents. These effects are markedly enhanced by priming neutrophils with tumor necrosis factor. Flow cytometry studies demonstrate the presence of myeloperoxidase on the surface of neutrophils after cytokine priming, indicating that primed neutrophils have ANCA antigens at their surfaces to interact with ANCA. These observations suggest an in vivo pathogenetic role for ANCA. We propose that, in patients with necrotizing vasculitis, ANCA-induced release of toxic oxygen radicals and noxious granule enzymes from cytokine-primed neutrophils could be mediating vascular inflammation.