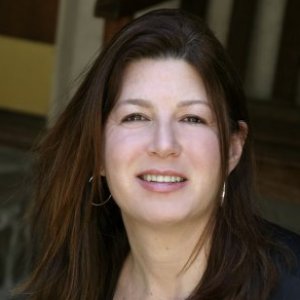 Rosanne Korenberg is a seasoned film executive and producer with a proven track record in creating award-winning and profitable content for film and TV. Her projects have screened at major film festivals around the world.

As a producer for Romp Media, she’s spearheading a slate of films and TV projects focusing on documentaries and narrative true stories. She produced "Outlaws and Angels" starring Francesca Eastwood, which premiered at the 2016 Sundance Film Festival, and is in pre-production on "The Displaced," a documentary on the global refugee crisis, to be directed by Academy Award nominee Rory Kennedy.

From 2014 to 2017 she was a senior vice president of film at Miramax, where she was responsible for TV series acquisitions and oversaw a portfolio of award-winning and critically acclaimed features, including "I Tonya," Kevin MacDonald’s "Whitney, Mr. Holmes," "Bridget Jones’ Baby," "Southside with You," and the upcoming "City of Lies" starring Johnny Depp and Forest Whitaker.

While senior VP of worldwide acquisitions and co-productions for Twentieth Century Fox, she brought in and co-produced several notable and award-winning features for Fox Searchlight, including "Sexy Beast," "Boys Don’t Cry," "The Good Girl," and "Waking Ned Devine."

Under her own company Traction Media, she produced the feature film "Half Nelson," which won Gotham, Spirit, and AFI Awards and was nominated for an Academy Award for best actor (Ryan Gosling). She also produced the Sundance hit "Hard Candy" and Humanitas prize winner "Where God Left His Shoes."

She’s a frequent speaker, guest lecturer, and panelist on the topics of film development, production, acquisition, distribution and finance at universities and other organizations, including UCLA, Film Independent, the Sundance Producers’ Conference, the American Pavilion at Cannes, and Women in Film.